The Toronto Symphony Orchestra faces an unexpected $4-million-plus annual deficit in the wake of the sudden departure of chief executive officer Jeff Melanson, but the country's leading orchestra is contemplating a novel approach to funding the shortfall: Sell a rare viola to its own foundation.

According to sources at the TSO, one of Canada's oldest and largest musical institutions expects to post a $4-million-to-$6-million deficit for the current financial year, which ends on June 30, due to higher-than-expected spending on programs and administration.

Last year, the TSO ran a $135,781 surplus on revenues of $28-million, its second consecutive year in the black.

The projected red ink comes after Mr. Melanson resigned in March, 18 months into a five-year term as CEO. The departure followed allegations of personal and professional impropriety by Mr. Melanson, outlined in court documents filed by his estranged wife.

Sonia Baxendale, a TSO board member and former senior executive at CIBC, was named interim CEO.

"There were commitments made by Melanson that were more expensive than anticipated," said a TSO board member, who asked for anonymity because directors are not authorized to speak to media. The TSO is also understood to be paying a significant severance to Mr. Melanson. However, board members and executives familiar with the institution said Ms. Baxendale and the TSO management team are on top of the problem and have a plan to tune up the orchestra's finances.

A spokesperson for the TSO could not be reached for comment.

Part of the fix, according to multiple sources at the TSO, is to transfer ownership of a rare viola that was donated to the orchestra to the Toronto Symphony Foundation, which has assets of $34.2-million. The viola has been appraised at $4-million, and sources said this amount would be transferred from the foundation to the symphony in return for ownership of the instrument. The foundation plans to keep the viola as part of the orchestra's permanent collection.

At $4-million, the valuation on the TSO instrument pales beside to the $45-million (U.S.) price attached to a Stradivarius viola put up for auction in 2014, though it's worth noting no one was willing to meet that minimum bid.

Auction house Tarisio reports that the record price paid for a musical instrument is $15-million (U.S.) for a Stradivarius violin that was sold in 2011.

The TSO, which drew 250,000 concert goers to 132 performances last year, pays its way with ticket sales, fundraising, government grants and contributions from its foundation. In 2015, the foundation gave the TSO $2.6-million.

While it has been in the black for the past two years, the TSO has a debt of $12-million, partly backstopped by the City of Toronto, and sources said the orchestra's board and lenders are keen on reducing this amount with initiatives such as the viola sale, rather than adding to the TSO's credit line.

The TSO is expected to launch a fundraising blitz in the remainder of its fiscal year to cover as much as possible of the rest of its anticipated shortfall. Last year, supporters donated $9.5-million, the single largest source of revenue for the institution. Sources at the TSO said the orchestra's musicians agreed to a pay freeze for the coming year during contract talks that are under way, out of concern for the institution's financial health. The 94-year-old orchestra has faced several financial crises over the years, and consistently received support from its musicians, governments and the community. 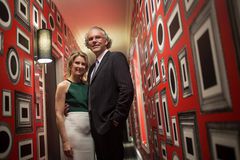 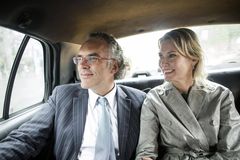 After the TSO’s take on Daphnis and Chloe, I finally understood all the Ravel critics
June 2, 2016 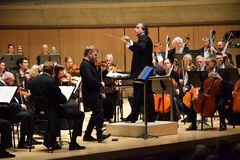