The misogynistic comments made by 13 male students in Dalhousie University's faculty of dentistry in a Facebook group were part of a sexist climate in the department stretching back decades, the university said in a report released Friday morning.

That finding was part of 70 pages that also revealed Dalhousie has been conducting an extensive investigation into the social media group and the dentistry faculty.

"There was an immense amount of trying to find out what happened here and then the next stage was how did the facts matter, what was the impact," said Jennifer Llewellyn, the law school professor who led the restorative justice process that began in December.

Twelve of the 13 male dentistry students in the group were involved in that process and participated in more than 150 hours each of seminars, workshops and discussions with their male and female classmates, faculty, staff and community members. The 12 have now met professionalism standards and are eligible to graduate if they complete their clinical work, the university said.

Ryan Millet, who blew the whistle on the group and did not take part in restorative justice, will also graduate this spring. Mr. Millet will not be attending graduation ceremonies, however, and is leaving the province, his lawyer said.

Traditions that showed sexism or racism were tolerated in the faculty do not excuse the men's behaviour, but they provide "some context and explanation" for what happened in the Facebook group, the report stated.

For example, investigators discovered a room in the student lounge where students had been writing racist, homophobic and sexist graffiti for almost two decades. "Students one-upped previous class years with the shock value of the content," the report states.

At least one provincial regulator of the dentistry profession said the report changes nothing about new processes it implemented as a result of the controversy.

"I have always taken the position that just because a university gives out a dental degree does not mean I have to give out a licence," said Irwin Fefergrad, registrar of the Royal College of Dental Surgeons of Ontario.

In January, the college changed the application form required for every applicant who wants to practise in the province to include a question about whether they have ever been the subject of an inquiry or investigation by a university. If the answer is yes, the College will collect information on that inquiry before issuing a licence, Mr. Fefergrad said.

Friday's report is only the first of several to come. A separate, independent task force led by University of Ottawa law professor Constance Backhouse will release its own report at the end of June. Dr. Llewellyn said there may be some overlap between the two reports but that she hopes Dr. Backhouse's inquiry will benefit from the facts detailed in Friday's paper. She also stressed that Friday's report was "trustworthy," even though it was authored by university staff and faculty.

"I work here but I'm a tenured professor and I might be talking differently if I had concerns about impartiality," she said.

The report opens the door to what has often been an opaque process over the past several months as the university has released only intermittent information, including a statement authored by the 29 students from the graduating dentistry class involved in restorative justice. It also shows a university that felt itself to be under siege from media, faculty, campus groups and provincial regulators throughout the past few months, pressure that the report says threatened to derail restorative justice.

Women who participated in restorative justice say they discovered they were complicit in the culture that allowed a group like Class of DDS 2015 Gentlemen to flourish.

"Why are we only up in arms when it is about us, but unconcerned with the objectification of other women? Why was this tolerable? We needed this restorative process because we had work to do ourselves," they wrote in the statement.

Four women in the graduating dentistry class released a statement in January rejecting restorative justice and asking the university to launch a formal investigation under the student code of conduct, an approach the university turned down.

At a press conference Friday morning, Tom Boran, dean of the dentistry faculty, said the male students in the group had become better men as part of the process.

"The men have been respectful and humble in the face of adversity. These attributes will continue to shape the rest of the professional lives."

Along with the investigation, the school convened an international panel of experts on the process and a community panel of professionals in the province as sounding boards. All of these steps provided an alternative to the punitive processes that many had called for, including faculty and students at the university, Ms. Lllewellyn said.

"We don't have a lot of evidence that adversarial processes do truth best. … This is a very unfamiliar justice story."

How the dentistry-school scandal has let loose a torrent of anger at Dalhousie
March 6, 2015 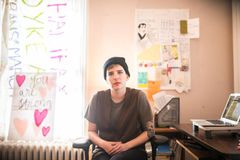 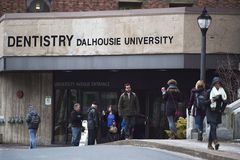 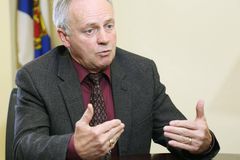