Rinelle Harper was severely beaten by two men. She somehow ended up in a frigid Winnipeg river. Wet, battered and barely clothed, she managed to crawl out of the waters only to be attacked again by the same co-accused – who, in another dark twist, then left the 16-year-old for dead before allegedly going on to assault a second woman.

These are the gruesome allegations levelled by the Winnipeg Police Service on Wednesday in announcing that two local men had been arrested, with the help of surveillance footage, in connection with both attacks. Justin James Hudson, 20, and a 17-year-old male who cannot be named because he is a minor, have been charged with attempted murder, aggravated sexual assault and sexual assault with a weapon.

"The crimes, and the viciousness of them, speak for themselves," Superintendent Danny Smyth told reporters. "I can't even pretend to describe what I think they were thinking."

The weekend assault on Rinelle Harper rocked the city in part because of its resemblance to the high-profile case of Tina Fontaine, whose August killing has prompted renewed calls for a national inquiry into this country's murdered and missing aboriginal women. The Harper and Fontaine cases are similar enough – violence directed at native girls left for dead in or near the city's rivers – that police said they will probe whether there are links.

"We don't have any information right now that would suggest these men were involved with the Tina Fontaine investigation," Supt. Smyth said. "That being said, we had little if any contact with these men before this. We will certainly take a closer look at them now."

With the family's permission earlier this week, police took the rare step of identifying Ms. Harper, who is now recovering in hospital with family at her bedside. Supt. Smyth explained the move was aimed at humanizing the city's latest victim and compelling witnesses to come forward with information that could help solve the case. Not only did calls immediately start pouring in, he said, but a WPS constable was able to draw a connection between Ms. Harper's highly publicized attack and the assault on a second woman.

"Without that information, I'm not sure we'd have been able to resolve this as quickly as we did," Supt. Smyth said, noting that future decisions about releasing victims' identities will be made on a case-by-case basis. He said surveillance footage from a "number of cameras" in the South Broadway area was used to piece together a timeline. The footage also helped identify the accused, though that information was bolstered by "another means."

Police believe Ms. Harper, who is from Garden Hill First Nation but had been living at a high-school dorm in Winnipeg, was out with friends Friday evening but was somehow separated from them. Just past midnight Saturday, two men struck up a conversation with Ms. Harper and the three walked down to a path along the Assiniboine River until they were under a bridge. "Once down there, the two males turned on Rinelle and violently assaulted her," Supt. Smyth said.

Ms. Harper somehow ended up in the river but managed to get out after traveling east a short distance. Soaking wet and barely clothed, she was attacked again, this time with a weapon. The two accused left the scene and allegedly found a second victim around 2:30 a.m. Saturday. The 23-year-old woman, whom police didn't name, was attacked with a weapon and sexually assaulted in the Portage Avenue and Sherbrook Street area.

Ms. Harper's unconscious body, meantime, was discovered by a passerby around 7 a.m. Saturday morning. She was rushed to the hospital in critical condition and later upgraded to stable. Because of the seriousness of the attack on Ms. Harper, members of the Homicide Unit were called in to investigate.

Grand Chief David Harper, a relative who represents 30-some northern Manitoba communities, said he spoke with the teen's parents, Ceasar and Julie, Tuesday night after they were told of the arrests. "They're very happy," he said. "We applaud police for what they've done."

The teen, who is described by family as a daddy's girl with a shy smile and a strong work ethic, is a relative of the late Manitoba politician Elijah Harper. Grand Chief Harper said Elijah Harper's brother, Fred Harper, is expected to make a statement on behalf of the family late Wednesday afternoon.

Ms. Harper had been living in a dormitory at Southeast Collegiate, a Winnipeg high school that serves aboriginal students, because it offers more course selection than the school on her reserve. After a week spent writing her mid-term exams, she had been released Friday afternoon into the care of her parents, who had recently moved to the city so Julie Harper could take some business classes at a local college.

The school has released a statement saying staff and students are grappling with news of the "horrific assault," and that in-house counselling is available. "We are wishing her a speedy recovery and hope she returns to school soon," the school said. 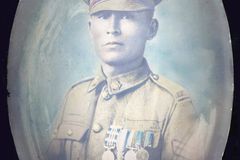 Mother holds out hope in missing girl search: 'I want her to come home'
November 7, 2014 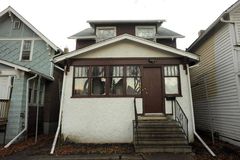 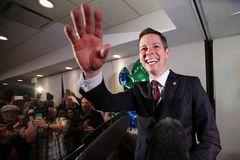 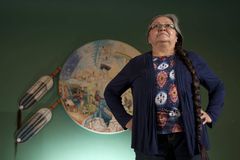 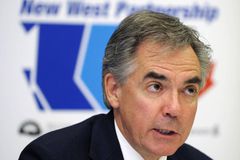