A University of Toronto instructor charged with sexual assault over an incident from late 2011 has agreed to stop teaching while his criminal case continues.

A trial began Thursday morning at Toronto's Old City Hall courthouse for James Andrew Payne, a senior lecturer in the university's John H. Daniels Faculty of Architecture, Landscape and Design. He is accused of assaulting a woman, then 21, in her west-end apartment in December of 2011.

The alleged victim had no connection to the U of T, but the university only learned of the charges against Dr. Payne last month after being contacted by media. In the meantime, Dr. Payne had continued teaching, according to the university's 2012-13 course calendar.

In a statement on Thursday, the university said that it "acknowledges the presumption of innocence until one is proven guilty," but that "in view of the seriousness of the charges, by mutual agreement, Dr. Payne has ceased all teaching and student-related activities and will not be present on the University of Toronto campus until further notice."

Asked about the instructor's status at the university, Dr. Payne's lawyer, Steven Stauffer, said, "we're not talking about that." Mr. Payne has pleaded not guilty to the charges.

In testimony Thursday morning, the alleged victim, whose name is protected under a publication ban, described encountering Dr. Payne on the sidewalk outside her apartment late on Dec. 10, 2011. It was just before midnight, and she was had been out with friends, having earlier consumed some alcohol. She did not know him, but they had a mutual acquaintance. She said he followed her into her apartment, forcefully removed her clothes and assaulted her, against her protestations, before leaving hastily.

She testified that Dr. Payne phoned her the next day and apologized, providing records from her cellphone as evidence. She then went to Toronto police, she testified.

Mr. Stauffer is conceding that Dr. Payne and the alleged victim had an encounter of some kind, but intends to dispute whether consent was given.

Dr. Payne has yet to testify, and the trial continues Thursday afternoon. 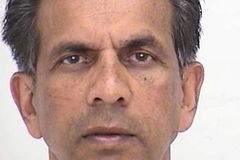