Bangladeshi police have confirmed that a University of Toronto student is being interrogated, without clarifying his whereabouts or his condition, or saying whether he was being charged – escalating concerns over possible human-rights violations in his detention.

Tahmid Hasib Khan, 22, and a fellow detainee, British citizen Hasnat Karim, 47, were among several hostages who survived a terrorist attack at a restaurant in Dhaka that left 23 people dead over the course of an 11-hour siege on July 1. They were then taken in by police for questioning.

Family members have had no contact with Mr. Khan since July 3, aside from a phone call from an unknown agency confirming his detention. Although they have sent provisions to Mr. Khan, who suffers from epilepsy, there has been no indication that he has received them."We have to conduct the investigation through interrogation of witnesses, rescuers and others concerned. The puzzle cannot be solved without interrogation," the Dhaka Metropolitan Police commissioner said, according to a report in The Dhaka Tribune newspaper.

Local outlets also reported that the commissioner evaded questions about the nature of the detention, saying investigators would be able to provide more details. The DMP's counter-terrorism and transnational crimes unit is said to be investigating.

The commissioner's statement marks the first time law-enforcement authorities have acknowledged that Mr. Khan, a permanent resident of Canada, has been in custody since the attack. Last week, the deputy commissioner said everyone rescued had been "released."

Mr. Khan, due to begin his fourth year at university this fall studying global health, had arrived in Dhaka on the morning of July 1 to celebrate the Muslim holiday of Eid with his parents, and went out to meet two friends for dinner at the Holey Artisan Bakery that evening when five armed attackers stormed the eatery.

As details of the attack emerged, eyewitnesses said the attackers expressly sought to spare Muslims in the restaurant, including Mr. Khan and his companions. Reports say he may have been seen with attackers during the siege, coerced into carrying a gun as they took him to the roof to discuss their next move, and was beaten by police after being rescued until bystanders intervened.

Human Rights Watch, citing years of documented custodial abuse by the country's security forces, appealed to authorities to reveal the whereabouts of Mr. Khan and Mr. Karim, and to protect their rights as detainees.

"Karim and Khan have not had access to a lawyer, and the police continue to deny holding them although they are clearly still being held by the Detective Branch. The authorities need to either charge or release them immediately," Brad Adams, executive director of the Asia division of Human Rights Watch, said in a statement released on Friday.

The group also called on Canadian authorities to press for consular access to ensure Mr. Khan's safety, saying that the length of time he has been held incommunicado was a direct violation of his basic human rights.

Last week, Global Affairs Canada confirmed to Mr. Khan's brother, Talha, a Canadian citizen living in Toronto, that Ottawa was engaging with the Bangladeshi government after the attack and monitoring the situation closely. Talha is convinced that his brother is innocent, but knowing that Canada is watching gives the family hope during their vigil.

"Knowing the limitations [Canadian officials have], I cannot be thankful enough," he said. 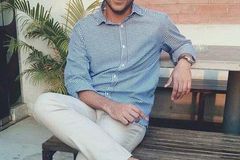 Family of U of T student jailed in Bangladesh pleads for Ottawa’s help
July 11, 2016

University of Toronto student missing after being jailed in Bangladesh
July 10, 2016 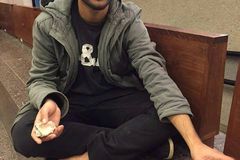