The Canadian government has already identified about 10,000 possible Syrian refugees, Immigration Minister John McCallum says – which is close to half of the 25,000 the Liberals have promised to resettle here by Jan. 1.

These asylum seekers have applied to come to Canada but have not yet been approved to come here, the minister said.

This "would certainly be a part of the number of refugees that we would like to bring in," Mr. McCallum said.

"Those people have already identified themselves. It doesn't mean they've gone through the health and security checks yet, but we do have a number of applications in the pipeline."

Health Minister Jane Philpott says prospective refugees will have to be screened for diseases such as tuberculosis.

The deadline for the Liberals to meet their political pledge arrives in about seven weeks.

Prime Minister Justin Trudeau's government is expected to unveil the full scale of its plans in the coming days, with an announcement of the refugee intake expected by the end of this week or early next week.

"They will start arriving soon," Mr. McCallum said of the Syrians.

The UN High Commissioner for Refugees Antonio Guterres caused a stir Tuesday when he released a statement saying that Syrian asylum seekers arriving in Canada would not initially be granted permanent-resident status but instead arrive under a temporary sanctuary arrangement. (Mr. McCallum had also told The Globe and Mail earlier this week that some Syrians might be brought to Canada without being first granted permanent-resident status.)

Mr. Guterres said on Tuesday that Syrian refugees "will initially receive a temporary residence permit," and only obtain permanent residency based on the results of further screening in Canada.

Refugee groups have voiced anxiety about such an arrangement, saying they need to be assured that Syrians brought here will be allowed to remain here and that any children born here are Canadians.

But Mr. McCallum waived off Mr. Guterres's comment, saying "it remains to be seen" whether Syrians would be initially granted just temporary residence here.

One B.C. refugee advocate said he expects about half the 25,000 Syrian refugees to be housed at first by the Canadian Armed Forces on military bases or in armouries. The military would end up feeding, sheltering and tending to the medical needs of asylum seekers housed there.

Chris Friesen, director of settlement services for the Immigrant Services Society of B.C., said he expects the other half will be sent to cities across Canada with temporary accommodation facilities for refugees, including Vancouver.

"What we're hearing constantly is the public would rather see them on cots, on church floors, rather than spend another night in a tent" in a refugee camp, he said.

Mr. Friesen estimated more than 6,875 Syrian refugees would be destined for Ontario, 6,100 for Quebec and more than 2,800 in British Columbia.

He said the No. 1 challenge will be locating sufficient rental housing to accommodate refugees more permanently; he forecasts that 1,500 units would be needed in Metro Vancouver alone.

The Immigrant Services Society put out a call for volunteers Tuesday to help Syrians settle in Canada, including clinical counsellors to deal with personal trauma suffered by the newcomers. "There will be Syrians who arrive with exceptional skills, education and training and may be ready to enter the labour market once they have located permanent accommodation. As such, we would also welcome employment leads," the organization said in a statement.

Mr. Friesen said it is his understanding that more than 200 offers a week to privately sponsor Syrians are flooding into the Department of Immigration, Refugees and Citizenship Canada.

Canada is ultimately on track to bring in more than 35,000 Syrian refugees because the 25,000 pledge by the Liberals is on top of the 10,000 promised by the former Conservative government.

Mr. McCallum pledged to divulge the price tag of the Syrian refugee initiative to Canadians as soon as possible. "What I can guarantee to you absolutely is we will not keep Canadians in the dark on what the costs are … but I cannot say today precisely the moment we will be able to release those costs," he said. 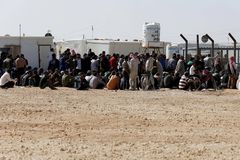 Trudeau’s cabinet shows his intentions of putting Canada back on the international stage Subscriber content
March 22, 2018 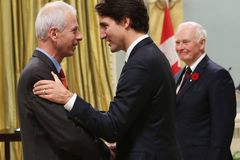