On Saturday, rallies were being planned in cities across Canada as Mr. Boushie's family issued a call to mobilize and organize.

At an 11pm press conference in North Battleford Friday, Jade Tootoosis, Mr. Boushie's cousin, addressed a packed room of supporters and chiefs from around the Battlefords.

"Today we saw no justice. We saw a judicial system that continues to fail Indigenous people all across the country as it did my brother Colten," Ms. Tootoosis said. "We are angry, we are upset and we are hurt but we will continue to pursue justice for Colten. We will continue to speak out for the injustices Indigenous people face in this society. This is unacceptable."

A few hours earlier, Ms. Tootoosis was in the front row of the public gallery when the jury foreman announced a verdict of not guilty in Mr. Stanley's second-degree murder trial. Gasps rippled through the court as the news sank in, and then the room exploded in anger. Colten's mother, Debbie Baptiste, shouted "Murderer" at Mr. Stanley as he was rushed out of the court room for his own safety.

Mr. Stanley was accused of killing Mr. Boushie with a shot to the back of the head at close range after a vehicle carrying Mr. Boushie drove on to his Saskatchewan farm in August, 2016. The killing exposed a painful rift in the Canadian social fabric as people rushed to defend or condemn Mr. Stanley's actions.

A short time after the verdict was issued, Prime Minister Justin Trudeau spoke out to offer his love to the Boushie family, an unusual departure for the head of government. Mr. Trudeau tweeted that he had already spoken to Justice Minister Jody Wilson-Raybould, who also happens to be the first Indigenous person to hold the portfolio.

"I can't imagine the grief and sorrow the Boushie family is feeling tonight. Sending love to them from the U.S.," Mr. Trudeau tweeted.

Speaking on Saturday at a press conference, Mr. Trudeau again offered his condolences to the Boushie family and said, "I'm not going to comment on the process that led us to this point today. I am going to say we have come to this point as a country far too many times. Indigenous people across this country are angry, they're heartbroken and I know Indigenous and non-Indigenous Canadians alike know that we have to do better."

Ms. Wilson-Raybould said that her thoughts are with Mr. Boushie's family.

"I truly feel your pain and I hear all of your voices. As a country we can and must do better – I am committed to working every day to ensure justice for all Canadians," she tweeted.

Saskatchewan Premier Scott Moe issued a statement in which he urged citizens to be "measured in their reaction."

At the press conference in the Battlefords, news that the Prime Minister and Justice Minister were addressing the acquittal filtered through the crowd.

Bobby Cameron, chief of the Federation of Sovereign Indigenous Nations, said he had spoken with the Justice Minister just minutes before and she told him she intends to meet with the family in the very near future. He said she indicated she was serious about listening to their calls for reform, and said she had serious concerns about the jury selection system in this case, which allowed defence counsel to block every visibly Indigenous juror in the jury pool.

In a fiery speech, Mr. Cameron accused the Crown prosecutor of fumbling the case.

"It was absolutely disgusting and sickening sitting in the court proceedings," Mr. Cameron said. "A young boy got killed. Point blank. And all we can say is, 'Boom. The thing just went off.' How stupid is that?" he said, referring to Mr. Stanley's account of the shooting.

"I pose the question to everyone out there, what would you expect, what would you want, if that was your child?" Mr. Cameron said. "I know if someone did that to my sons I know I'd be serving a life sentence."

Alvin Baptiste, Mr. Boushie's uncle, said it felt as though his heart was crying.

"The Indigenous people have been denied justice today throughout Canada. Our people are not going to wait another 150 years. We want equality right now. We want justice," Mr. Baptiste said. "The Indigenous people will no longer be treated like third-class citizens in their own country. This is, Canada is, Indian land…We will fight for generations to come. I don't want my grandkids to live like this, to see this day that we have suffered."

Eleanore Sunchild, a First Nations lawyer who worked with the family, said the jury was wrong. She called for a public inquiry to examine how the case was mishandled.

"This verdict, this acquittal, it sends the message that it's open season on Indigenous people," Ms. Sunchild said. "The jury was wrong. The evidence clearly pointed to manslaughter."

Jagmeet Singh, leader of the federal NDP and a criminal defence lawyer, also spoke out about the case.

"There was no justice for Colten Boushie. Already Indigenous youth live with little hope for their future and today they have again been told that their lives have less value," Mr. Singh wrote on Twitter.

Ms. Tootoosis concluded her remarks Friday night by issuing a call to action.

"I encourage the rest of my nehiyaw, the rest of my Indigenous people all across the country to speak out, to mobilize and to organize. To represent yourself, your family and future generations, and to our allies to make a change in this world. We are Indigenous people, we are strong, we are resilient and we will continue to be here, but we do not have to tolerate these injustices," Ms. Tootoosis said.

Across Canada many chiefs joined the chorus of voices expressing sadness and anger about the outcome of the trial.

Arlen Dumas, grand chief of the Assembly of Manitoba Chiefs, said he was saddened but not surprised by the verdict.

Ontario Regional Chief Isadore Day addressed the Prime Minister's remarks by saying "I would hope you tap into the anger, disbelief and discontent of the miscarriage of Canada's legal system to provide equal justice."

Sheila North-Wilson, grand chief of MKO in Northern Manitoba, called for people to respond with "peace in the face of hardship." If anything positive could come from this, she said, it would be changes to the justice system. "There can be no reconciliation without justice," Ms. North-Wilson said. 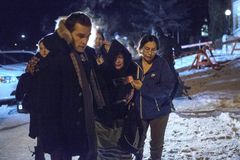 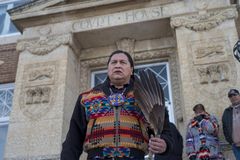 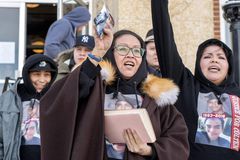