Does it matter how aid reaches needy families? Does it matter if food, housing and warm clothes are given as charity for those who can't buy them or if families receive money and decide how to spend it themselves?

These are some of the questions Elizabeth Assefa was trying to answer before travelling to Jordan. Ms. Assefa visited the country with a team of students and faculty from the University of Toronto for an innovative research project studying how a cash-transfer program run by the United Nations High Commissioner for Refugees (UNCHR) is getting more money to hundreds of thousands of Syrian refugees.

While there's concern that families who receive money may "misspend" it, most use it to meet basic needs or invest in themselves through training or education, studies show. From Ontario's pilot with a guaranteed annual income, to direct financial assistance for Syrian refugees in Jordan, governments and non-profit groups are trying out programs that provide direct cash assistance as a way to give people back control over their lives and reduce vast bureaucracies that can siphon off as much money as reaches those in need.

"People have more autonomy over cash," Ms. Assefa said. "Deciding what they can do with it and the freedom of that is important."

The Jordan cash-transfer program works in collaboration with local tech and financial companies and uses iris-scanning technology to almost eliminate the need to continually verify the residence and identification of those it is helping. As a result, the research team discovered that almost 95 cents of every dollar gets to the refugees.

That is much higher than that of many other aid programs, which can struggle to deliver 75 cents of donated dollars to recipients.

"You might think, 'What is $90 going to do per month?' But it could be that 20 per cent is lost in fees and this way you are eliminating the majority of that," Ms. Assefa said.

The Jordan program is one of 10 completed or continuing development and emergency-aid initiatives that the Reach Project, as it is called, has studied. Undergraduate and graduate students lead the projects, from setting up interviews in the field, to writing ethics proposals and the final, detailed reports. Funding comes partly from the university and partly from the Mastercard Centre for Inclusive Growth, an independent subsidiary of the financial company.

"For me, this has been one of the turning points in my teaching, realizing that young people are able to do world-class research," said Joe Wong, the vice-president of international student experience at U of T, who began the Reach Project as the Ralph and Roz Halbert Professor at Innovation at the Munk School. "It can be done everywhere if you have motivated students, but also motivated faculty. You need faculty to believe that students are able to do this."

The students study projects that have successfully tackled issues that rob hundreds of thousands of people of the possibility of improving their lives. In Brazil, a cash-transfer program raised school graduation rates for children who don't have permanent housing; in Thailand, a health-care program almost eliminated mother-to-child HIV transmission; and in Jordan, the aid program provides Syrian refugees with a stable income for a year, giving them the certainty they can pay for housing and reducing the likelihood they will pull children out of school to work.

While the students study the elements of success for each project, they only speak to the aid and policy workers who work with the recipients, never with the recipients themselves. The differences in power between a Western researcher and a displaced migrant or homeless Brazilian are simply too great, Ms. Assefa said.

"People need to know how vulnerable they are. … With the language barriers, we can't communicate that in a way that people are freely consenting to things," she said.

Talking to those who lead the projects means they learn more about what successful programs have in common. A personal connection with recipients often matters. In Jordan, for example, every family that receives aid is visited by a UNHCR representative.

"There is a wide range of gender and ages of people who conduct interviews," said Natalie Boychuk, a third-year student who was part of the Jordan project, "so that if there is a single mom with two kids as a household, there is a woman interviewing her. It's a way to understand the vulnerabilities of different households."

But the students have no illusions that the programs they study can bridge the gap between how many people need help and the resources available. While 30,000 families in Jordan are receiving cash transfers, 11,000 families are on a wait-list. UNHCR's cash-transfer program faces a shortfall of $71-million.

"It is a giant gap between need and the cash transfers," Ms. Assefa said. "So even though it is a system that is working, it is not enough." 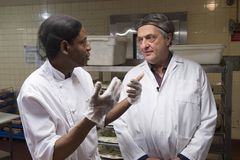 After Syria initiative, UN looks to Canada as a refugee haven
November 3, 2017 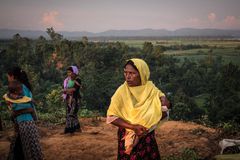 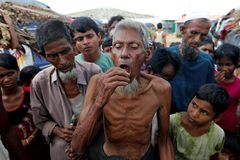