It took more than seven hours of lively debate, but the United Church of Canada has voted to boycott products exported by Israeli settlements on the West Bank.

The foray into Middle East politics was one of 13 resolutions the UCC adopted on Friday at its 41st general council meeting in Ottawa.

The resolutions also single out Israeli settlements as a principal obstacle to peace in the region, call on Israel to suspend settlement expansion, and express regret for previously asking Palestinians to acknowledge Israel as a Jewish state.

The practical effects of the vote were not immediately clear, but the domestic repercussions have already begun.

On Thursday, reform Rabbi Steven Garten of Ottawa's Temple Israel cancelled an interfaith program with the Kanata United Church scheduled for next month.

"I was to have spoken at the church, and church members would have come to synagogue," Rabbi Garten said. "But after the church council's decision, I wrote to say there did not seem to be a lot of room for dialogue. The minister wrote back to say he understood."

Rabbi Garten said he also wrote to the Ottawa Christian-Jewish interfaith dialogue to say he might not be able to continue as its co-chair.

Shimon Fogel, CEO of The Centre for Israel and Jewish Affairs, said he had instructed Jewish organizations to "take a few days to reflect" on the church's action.

"There is no one with whom I've consulted, including the leading advocates of interfaith dialogue, who has said they would contemplate any engagement with the United Church," he said.

Mr. Fogel said he encountered a minister from Hamilton who expressed hope that the interfaith dialogue would continue.

"I said to him, 'Are you on a different planet?' I don't think he appreciated what this decision speaks to for the Jewish community. The church's approach has been simplistic and uninformed. Palestinian suffering has its genesis in the rejection of the state of Israel, which the church has now voted to allow the Palestinians to continue."

Most of the 13 resolutions were passed on Wednesday by an overwhelming percentage of the 350 delegates. Friday's vote instructed the church to implement the policies formally.

Bruce Gregersen, a United Church General Council officer and spokesperson, acknowledged that "part of the Jewish community had concerns," adding that he hoped "what will come of this is some very intense conversations about the nature of Israel and Palestine – two states, covenant, the land. What else might happen is hard to know."

Tensions may surface at the Cedars Worship Centre in Waterloo, Ont., which the local United Church shares with the reform Jewish congregation Temple Shalom – the church altar on one side and the Jewish bimah on the other. A committee handles the scheduling of services.

Reverend Mary Savage said she did not know what the reaction of the synagogue to the vote might be. "We're neighbours, so we discuss these things. We respect each other."

When the United Church working group on Israel/Palestine policy issued its recommendations in May, Rev. Savage said, the synagogue was concerned about the language that would recognize Israel as a Jewish state.

In the end, the General Council affirmed Israel's right to be deemed a Jewish state, but with a caveat – "as a democratic state that ensures complete equality of social and political rights to all of its inhabitants irrespective of religion, race, or gender."

The synagogue's rabbi, Lori Cohen, could not be reached for comment.

"I suspect the relationship is going to be tense," said Rev. Ted Reeve, executive director of Faith & the Common Good Network, a multi-faith body. "It reminds me of the controversy we went through in the 1980s when we debated the ordination of gays and lesbians. It's emotional. It goes beyond factual arguments. We may have to agree to disagree, and keep trying to dialogue."

Rev. Reeve said he understood the need to express solidarity with Palestinian Christians, "but I think we could be helpful to the people on the ground. I think we may have taken a more moderate position, but I'm not at the council and not aware of all the arguments. Still, I'm proud of the United Church for taking this on. It's our social gospel tradition."

The United Church has a long history of tackling controversial issues.

"The activism actually predates the formation of the United Church in 1925," said Sandra Beardsall, professor of Christian history and ecumenics at St. Andrew's College, Saskatoon. "They realized that you could not just evangelize the person. You had to evangelize the culture around him. So they created a gospel of social service and it's one of the reasons why the church was formed."

In short order, she said, the church dived into temperance issues, the economy, poverty, labour and fair wages. The 1930s Depression signalled that problems were global and prompted the United Church to begin addressing international causes.

In the 1960s, the church became a prominent voice in the campaigns for nuclear disarmament, and against apartheid in South Africa and the Vietnam War.

After that, Ms. Beardsall said, attendance at mainline churches began to decline and with it, the attention paid to its positions on social and political issues.

However briefly, the controversy over the settlements products boycott has brought it back into the headlines. 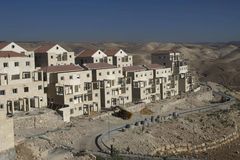 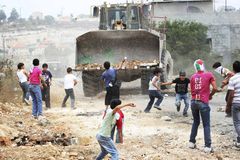 Opinion
The collapse of the liberal church
April 30, 2018