Canada's universities have issued a rare political statement, opposing the temporary ban on the entry of citizens from seven countries to the United States and the suspension of all refugee admissions.

In a statement released Sunday evening, Universities Canada said it felt compelled to speak out because U.S. President Donald Trump's executive order is having a "real, immediate and profound" impact on students, faculty and staff at Canadian campuses. The statement comes as dozens of U.S. university associations, individual institutions and faculty are publicly protesting the order.

"University presidents and academics from across the country are saying that this is too important to stay quiet on," Paul Davidson, the president of Universities Canada, an advocacy group for Canada's 97 universities said. "This is not just a political and rhetorical statement to offer support to academics around the world, it's about students, faculty and staff on Canadian campuses now."

Immigration Minister Ahmed Hussen said on Sunday that Canadians who are dual citizens of one of the seven countries are not affected by Friday's order. But the exemption does not cover a range of other situations like visiting professors from one of the seven countries who may be collaborating with American colleagues, or international students who have to leave Canada to renew their study permits.

"If an Iranian scholar is in New England and is set to come to Alberta to work on a project, they would not be able to go back to the United States," Mr. Davidson said.

Sunday's statement – which calls for a quick end to the ban – is only the second time in almost a decade that Universities Canada has spoken out on a global issue. In July, it released a statement expressing concern about the suspension of thousands of Turkish academics from their posts in the wake of an attempted coup.

Alarm and opposition has been growing from academics and researchers in the United States and around the world since Friday's executive order. Over 7,000 academics, including Nobel laureates, have signed a petition against Mr. Trump's decision and New York University, Purdue, Yale and others have issued strongly worded statements calling for a quick end to the ban. The Association of American Universities has also called for its reversal, saying that the ban threatens to cause "irreparable damage" to the academic reputation of the United States.

On Sunday, the University of Toronto released a statement opposing the order. "The idea of targeting and restricting the travel of individuals on the basis of their nationality or birthplace is antithetical to everything we stand for as an institution and a country," Meric Gertler, U of T's president, said in the statement.

Other Canadian universities issued their own statements of concern, including McGill, Simon Fraser and UBC, where President Santa Ono said the school would spend $250,000 on a task force to help those affected.

"Canada's values are those of inclusion, diversity and multiculturalism and Canadian universities share those values," Daniel Woolf, the principal of Queen's University, said.

Dr. Woolf said he is talking to other university leaders about concrete measures the institutions can take to help scholars affected by the ban.

Those discussions are at an early stage, but some of the ideas being discussed include inviting affected researchers to take up temporary posts at Canadian universities.

"For example, we could provide an opportunity for qualified students to transfer to our universities, providing a kind of foster home in our laboratories," Dr. Woolf said.

There are precedents for Canada providing an academic home to refugee scholars. In the wake of the Soviet invasion of Hungary in 1956, for example, Canadian universities accepted Hungarian students and faculty, in some cases – such as in UBC's Forestry faculty – taking on entire teams of scholars. 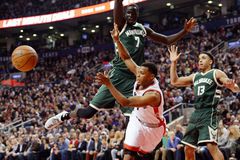 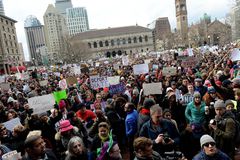