Ontario's efforts to cut duplication in the university sector are moving so slowly that observers question whether schools will be able to address budget constraints, concerns about educational quality and accountability for student outcomes.

Ontario signed agreements with its 44 postsecondary institutions in August that set each school's goals until the spring of 2017 – what is supposed to be the first step in changing how universities are funded. Rather than increasing budgets based on growth in enrolment, new formulas will take into account the specific strengths of each institution. But interviews with senior university administrators involved in the talks that led to the deals reveal that most schools did not have to compromise on any of the goals set out in earlier drafts.

Demographic changes are adding to the pressure for tight budgets. Fewer students enrolled in the province's colleges and universities this fall, a trend that is expected to continue for several years before enrolment recovers. If the funding formula is not changed, universities that are seeing particularly steep drops will face cuts in their budgets.

The stakes in moving away from old models quickly are very high, says Harvey Weingarten, the president and CEO of the Higher Education Quality Council of Ontario, which has released several reports on the province's attempt to differentiate its postsecondary institutions.

"The single-minded imperative of growth has been remarkably effective. If we are going to attend to the issue of quality, we can't with the current funding formula because it does not pay attention to that, it pays attention to growth," Dr. Weingarten said.

In the spring of 2013, the council released a review of the first round of universities' strategic mandate agreements, in which each school had identified its strengths. The province was going about the process all wrong, the group's expert panel said. Ontario must abandon "bottom-up" consultation and impose some common metrics, possibly by dividing universities into categories based on their research-funding levels.

"If you engage [universities] in a long, protracted discussion, you will never persuade them," Dr. Weingarten said.

A few months after the council's report, however, the province made public its own framework, which included elements such as the impact on regional economic development, the ability to attract students from underrepresented groups and research output.

Asking universities that have expanded over many years to specialize is a difficult process, said David Wilkinson, the provost of McMaster University. For the most part, "there was not a single item where the province wanted us to take something out."

University administrators say the collegial process respected their autonomy. Each of the agreements includes the same clause stating that the government respects the schools' right to decide how to distribute funding and set academic priorities.

"To impose funding levers from the top is not to be sensitive to what the strengths of what each university are," said Leo Groarke, the new president of Trent University.

Still, the universities say they are aware growth comes at a cost.

"Thirty-five to 40 per cent of operating revenue comes from government, so there is a balance between autonomy and accountability," said Alan Harrison, the provost of Queen's University.

Talks on how to translate the goals the schools have identified into metrics will start later this fall. If there is no new money available in the system there is a fear that some programs will see funding cuts.

"If the government changes the funding formula without increasing funding, you are moving the same money around," said Jack Lightstone, the president of Brock University. "It means you could destabilize some institutions, which I don't think the government is in the business of doing."

Ontario is not alone in wanting to have more influence in how universities spend public money. Alberta divided its postsecondary institutions into six tiers almost a decade ago. British Columbia has begun to reallocate its education budget toward training for jobs in growing industries, such as health care and liquefied natural gas, with plans to target a quarter of funding to in-demand jobs by 2018. Talks on which programs will have to adjust as a result have just begun.

"B.C. is saying 'here are the areas we want to grow and we are concerned that postsecondary education is not aligned with that.' … Areas that are not designated as expansion will all have to contract," said Jock Finlayson, the vice-president and chief policy officer at the Business Council of British Columbia.

Increasing university accountability is not easy, said Amy Laitinen, the deputy director of the Education Policy Program at the New America Foundation, who has written on the debate around tying educational funding to performance in U.S. higher education.

"Institutions are not used to having this level of scrutiny; they are used to being given money and saying 'trust us, we'll take it from here.' Now it's some higher power saying 'We don't fully trust you.'"

Is university the place to learn to be an entrepreneur?
October 10, 2014 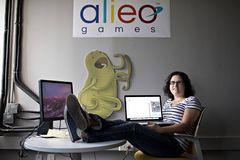 Tensions between president, faculty grow at Ontario College of Art and Design
October 8, 2014 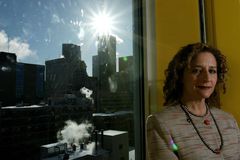 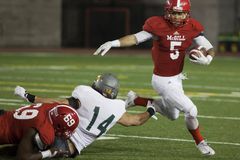 Is admission to an elite university the be-all and end-all?
October 3, 2014 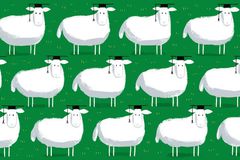 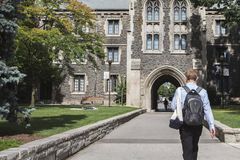