Nine days since he was taken hostage during an attack in the Bangladeshi capital that left 20 dead and detained by authorities for further questioning, a University of Toronto student has reportedly lost contact with his family.

According to his brother, Mr. Khan's mother sent food for him on Eid, which marks the end of the holy month of Ramadan, last Wednesday while he was believed to be in police custody. He had previously spoken to her on the phone, telling her he was all right. But since then, the family, which lives in Dhaka, has received no word from him and is concerned for his well-being.

"It's a really difficult time for us all," Mr. Khan's brother, Talha Khan, who lives in Toronto, said in an interview. "Sometimes we hear good news, sometimes we hear bad news. We're between hope and fear right now."

A Dhaka Metropolitan Police spokesperson told Bangladeshi media that Mr. Khan was released with other detained hostages on July 3, and that no one rescued from the café was in police custody.

Police officials in Dhaka were unavailable for comment late Sunday, although Mr. Khan's brother confirmed he has not returned home and his current whereabouts are unknown to the family.

After being held hostage for some 11 hours, Mr. Khan and at least seven others were rescued by joint forces the next morning. At least three of those hostages, including Mr. Khan, were detained for further questioning by authorities. Another man, Hasnat Karim, is a British citizen who was at the restaurant with his wife and children, while the third detainee has yet to be identified.

Five young men who carried out the attack were killed when commandos entered the restaurant, according to police.

Mr. Khan, who his brother said has epilepsy, arrived in Dhaka the day of the attack to visit family, and was due to fly to Nepal on July 9 for a summer internship with Unicef prior to starting his fourth year at university. He was a former director of the Bangladeshi Students' Association at U of T and remains an active member, the group's executive team said in a statement.

A New York Times report details eyewitness accounts from other unnamed hostages, who said that Mr. Khan and Mr. Karim were among those told by attackers that they would be spared for being Bangladeshi Muslims.

The report says Mr. Khan was singled out on at least one occasion to engage with them, directed by the attackers to carry an unloaded gun and accompany them to the roof of the restaurant against his will. Mr. Khan is also credited with persuading the attackers to spare the group, held hostage at a table with their heads down, and soon after they were all released, at about 6 a.m. local time on July 2.

Having been seen with the attackers during the siege, authorities tackled Mr. Khan and began beating him after his release, until fellow hostages came to his rescue, saying he had been with them all night, according to the report.

"We are 100-per-cent confident of his innocence," his brother said. "There is no doubt about that. Everyone who knows him is willing to vouch for him."

The family, with the help of a lawyer, and the president of U of T have separately reached out to Foreign Affairs Minister Stéphane Dion for consular assistance, acknowledging that Mr. Khan is not a Canadian citizen. The family says it has not yet received word from the government.

When reached on Sunday, Global Affairs Canada issued a statement saying, "We continue to monitor the situation closely. There are limits to what any country can do for individuals who are not citizens of that country."

The Canadian Consular Services Charter, which provides guidelines for officials at the High Commission of Canada in Dhaka, says that consular officials cannot secure a prisoner's release.

Talha Khan is aware of the government's stance, but he still appeals for assistance in bringing his brother home. "We are stressing upon the fact that he is an active part of the community here [in Toronto]," he said.

With reports from Mayaz Alam and Daniel Leblanc

With a report from Mayaz Alam

Family of U of T student detained in Bangladesh urge Ottawa to intervene
July 6, 2016 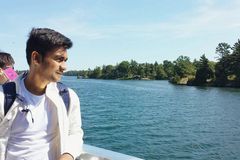 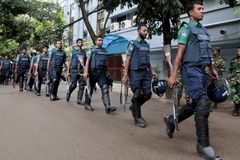