Canadian universities' attempts to craft student codes of conduct that specifically address sexual assault could lead to miscarriages of justice, say law experts in Canada and the United States, who warn that universities are not equipped to conduct what are essentially criminal trials.

Tens of lawsuits by students suspended or expelled under such codes of conduct have been launched south of the border, highlighting the difficulties universities face in supporting victims without courting legal action from alleged perpetrators. Only a few Canadian universities have specific codes of conduct on sexual assault. Others, including McGill University, the University of Toronto and Saint Mary's, are developing them. They are doing so just as debate over how they are applied, and whether they create new problems, is growing in the United States.

These "procedures are so profoundly, and even shockingly unfair, that somebody needed to send a message that would be heard outside my university that we can try to do better," said Janet Halley, one of 28 professors at Harvard Law School who signed an article this fall demanding that the university rescind its new sexual violence and harassment policy.

At issue at Harvard and elsewhere are hearings in which the accused are not offered legal aid to hire counsel, investigators are also responsible for imposing sanctions, and the standards of evidence are those used in civil rather than criminal cases. All these elements are present to varying degrees in the sexual assault codes at Canadian universities.

"Some of the greatest miscarriages of justice in Canada have been due to improper investigations," said Ottawa-based criminal defence lawyer Lawrence Greenspon, who argues that university officials do not have the training necessary to interrogate witnesses, victims and alleged assailants.

Some lawyers in the United States say universities' major concern is protecting their reputations, first from allegations going public, and then from the fallout if they fail to investigate and prosecute. The University of Virginia, for example, has been thrown into disarray by a story in Rolling Stone magazine about an alleged gang rape on campus. The reporting in the story is now the subject of an investigation.

U.S. universities did not develop sexual assault policies on their own initiative. In a 2011 letter, the Department of Education told institutions to address sexual assaults on campus or be found in violation of federal anti-discrimination laws and lose federal funding.

The same letter instructed schools to lower their standards of evidence for campus investigations. Some law experts say doing so makes sense, given that the consequences are not as severe as those of a criminal trial.

"Expulsion from the university is vastly different from deprivation of liberty," said Steven Skurka, a prominent Toronto criminal defence lawyer.

The goal of campus policies on sexual assault, however, is not just to punish perpetrators, but to support victims, Wayne MacKay said.

Dr. MacKay said campus codes cannot replace a criminal process, but they can allow action to be taken immediately, such as separating the victim and perpetrator if they have classes together. And they can help victims who do not want to go through a criminal trial. Estimates are that as few as 4 per cent of women who are sexually assaulted will report it.

"It's a clear message from the top on down that the university takes assault very seriously and will respond to it," Dr. MacKay said.

Internal processes can appear too lax, however. This month, controversy engulfed Dalhousie University after it said it will pursue a restorative justice process to address misogynist comments posted on Facebook by 13 men in its dentistry faculty. The university said the women targeted by the comments chose that informal approach, but some students on campus have demanded that the university expel the group members.

"There is a real tension between respecting the rights of the victim and her ability to get healing," said Lori Chambers, who headed a task force on sexual assault at Lakehead University.

"But we must balance the rights of the victim to make that choice with the obligation of the university to create a safe environment for students. If there is a clear evidence there is a serial rapist, you have to go the police," she said.

Expulsion has not been ruled out for 13 male Dalhousie dentistry students
May 12, 2018 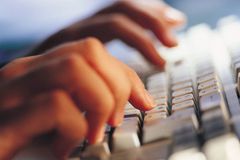 Opinion
Of course rape and sexual violence are epidemic. They touch most families
May 12, 2018 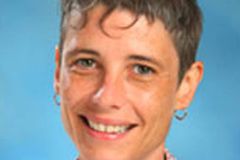 How Rolling Stone’s poorly reported rape story may do more harm than good
May 12, 2018 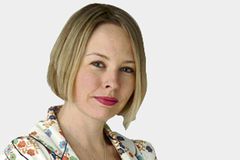 Opinion
Assaulted women have enough to do without answering all your questions
May 12, 2018 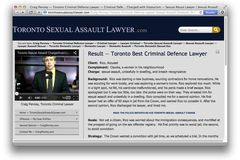 Why we can’t let the conversation about sexual violence fade away
May 12, 2018 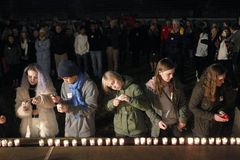 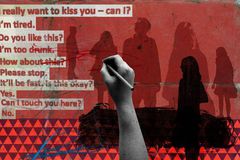