A recent U.S. Supreme Court decision exempting students and faculty from an immigration ban will not put an end to uncertainty or the increased interest in Canadian universities as study-abroad destinations, experts say.

On Monday, the Supreme Court overruled the injunction of a federal court and temporarily reinstated parts of a presidential executive order that barred the entry of people from six primarily Muslim countries: Iran, Libya, Somalia, Sudan, Syria and Yemen.

But the court also ruled that people with "bona fide" links to the United States would not be subject to the measures. In fact, the Supreme Court specifically cited connections to a university as an example of such relationships.

"There is a sense that we have prevailed for our international students and scholars on this point," said Ken Reade, an expert on international education and the director of International Student and Scholar Services at the University of Massachusetts, Amherst. "There is a feeling that this was a victory for the university community in that people from the six countries are able to continue to work and study and in many cases, travel," he said.

U.S. universities have been at the forefront of the legal challenges against the immigration ban, which was issued through a presidential executive order. Thirty universities intervened in the case in federal court, a bid that, until the Supreme Court ruling, had succeeded.

But the decision's exemption for students and faculty does not lessen the impact the ban already had, Mr. Reade added.

For one, the court will not make a final ruling on the case until next year, with a hearing scheduled for October. More importantly, the executive orders have led students to seek more welcoming destinations. Canada, with an immigration policy that offers pathways from student to resident status, is near the top of the list.

"When students or scholars are deciding their careers, they want the clearest path possible. Anything that [the U.S.] does to make people question that path is going to make people think twice," Mr. Reade said. "Canada is in a very progressive spot in all of this. You are recognizing that there is market share [to be had], you have fantastic institutions and your outlook on attracting highly educated, skilled people to Canada is public policy."

A Globe and Mail survey of many Canadian universities this spring revealed that they are expecting to see the highest number of international students arrive on campus this fall. Another surge could come in 2018, reflecting the full effect of American rhetoric and policy on immigration, observers said.

"Having that [Supreme Court] exemption will ease the minds of some international students," said Britta Baron, the associate vice-president international at the University of Alberta. But for others, the perception of being under threat or unwelcome may linger.

Canada could help more students from Iran – the largest single group affected – by finding a way to process visas in the country, she added. (Canada closed its embassy in Tehran in 2012 and students must have their visa applications processed in Turkey.)

"You could set up a low-key presence that would make it easier for Iranian students to apply for a student visa," she said.

Longer term, Canadian universities are working with their American and Mexican counterparts to maintain links between the three countries.

"Along with the competition for talent which is going on, there is a desire to engage on student mobility and research collaboration," said Paul Davidson, the president of Universities Canada.

In July, for example, the University of Alberta and University of Calgary will be hosting a meeting of key university leaders in Canada, the United States and Mexico that will look at what role universities can play in a time of political uncertainty. "Universities are proud members of civil society – at times when political structures are not working, civil society becomes that much more important," Mr. Davidson said. 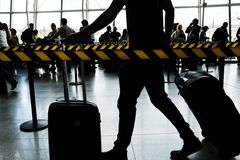