When Rasha Elendari came to North America seven years ago, she came alone.

With a Fulbright scholarship and a state-sponsored visa ahead of her, the 27-year-old Ms. Elendari bid a tough goodbye to Syria, to her parents, sisters and brother-in-laws. The farewell was only supposed to be temporary, as she planned to return from the United States the following summer for an archeological excavation at Tell Qarqur in Syria's northwest.

But that excavation never happened.

Related: I'm a Syrian refugee in Canada: This is what 2016 meant to me

Related: For refugees living in Canada, a January 1 birthday is no reason to celebrate

After civil unrest broke out in 2011, violence escalated across Syria. The country that ignited Ms. Elendari's love for archeology began its reduction to rubble, and her hopes of seeing her family again were dashed.

Now, Ms. Elendari – who moved to Toronto four years ago – is counting down mere days until they're reunited.

At 6:40 p.m. on Jan. 10, a plane from Turkey will carry all eight members of the Elendari family to Toronto as privately sponsored refugees. Out of the over 38,000 Syrian refugees who have landed in Canada since November, 2015, though, very few have been due to such an unconventional partnership – the Elendari family's arrival comes thanks to the joint-sponsorship project of a Jewish synagogue and a Muslim mosque that share a parking lot in Thornhill, Ont.

The unlikely project began last December, when one of the first groups of Syrian refugees arrived at Pearson International Airport. Amid the flurry of media coverage on the country's newcomers, Temple Har Zion reached out to their neighbours at the Imam Mahdi Islamic Centre and asked if they'd be interested in sponsoring a family together.

"It is unconventional," Alireza Torabian, the project co-chair from the Islamic Centre, said. "But that's the good thing about it."

After the initial conversation, both groups went to their executive committees and boards of directors for approval. The project officially launched in March, 2016.

Around the same time, the Elendaris made a decision of their own. They were forced to flee their hometown of Sweida, Syria – something they had never intended to do.

"My family, they are against the Assad regime," Ms. Elendari said. As recently as two years ago, they had insisted on staying in Syria to advocate for what they saw as a better country. As violence swelled in their region, a few hours south of Damascus, the family dug their heels into humanitarian efforts.

One of her sisters founded a group to care for widows of conflict in the region, and was torn at the thought of abandoning them. "There are many people depending on my sister and the work she does," Ms. Elendari said. "But then, after having a baby, she was like, 'It's not just my life that's threatened, it's also my kid's life.'"

When the family finally fled Sweida a year ago, they found temporary refuge in Istanbul. From there, they began to seek Canadian immigration documents. The Elendaris were paired up with the joint temple-mosque project through Jewish Immigration Aid Services (JIAS) – the licensed sponsorship agreement holder for the project.

JIAS recommended that the two groups pair up with a third group, called Supper With Syria, in order to sponsor all eight members of the family together. The decision was simple: yes. Shortly after, the synagogue and the mosque reached out to Ms. Elendari, who has since worked with the sponsorship groups to work out details for the family's arrival.

As January 10 approaches, Ms. Elendari's excitement is palpable. Growing up, she remembers her parents teaching the girls about advocacy and bravery. She described her father, Turki, as funny and outspoken; her mother, Najah, "like an angel."

During the Assad years, Turki was dismissed from his teaching position in Sweida for trying to teach about political and governmental corruption. Najah had spent years advocating for women's rights in Syria, and involving herself in humanitarian efforts. "That's why I think all of us are this way," Ms. Elendari said.

Her oldest sister, Manya, studied mathematics, she said, but became a journalist during the conflict to cover human-rights issues. Her husband, Feras, is a filmmaker, an artist and a furniture maker. Their son, Aram, is still a toddler.

Saba, her second sister, is a sculptor. "She went to art school and she was one of the best in her year," Ms. Elendari said. Saba's husband, Mohanad, is a pharmacist, and has been studying from Turkey for his Canadian certification exams. Ms. Elendari hasn't met their son Dali yet; he was born after she left Syria.

Though each had their own careers in Syria, employment for the large family has been a point of focus for the sponsorship group in recent months. So far, the group has planned for Mohanad being paired with a pharmacist in Toronto. The hope is that he'll become certified to practice in Canada by the family's 13th month – the first month that sponsorship funds haven't planned to cover.

Another prominent challenge, according to Andrew Hazen from Temple Har Zion, has been housing. In a sponsorship budget, the monthly amount allocated to housing is "really slim on rent," he said. "Especially for Toronto."

For the family of eight, a combined amount of approximately $2,200 to $2,300 is available for monthly rent. Dealing with these strict financial constraints, as well as an uncertain travel date, has left the sponsorship group scrambling in the final weeks leading up to arrival.

"There are places out there in the price range," Mr. Hazen said. "It's a matter of finding one that's in relatively decent shape, and with a configuration of rooms that makes sense."

Between the synagogue and the mosque, around $46,000 was raised in three months. Both groups held furniture drives, and reached out to their communities to organize post-arrival assistance: English lessons, advice on interacting with the health-care system, lessons in Canadian driving and banking and social immersion.

Meanwhile, in Turkey, the family's focus was on obtaining their security clearances. In September, the family was brought in for an interview with the Canadian embassy. At the beginning of December, they were finally granted immigration documents, and booked their flights to Toronto.

"Most of this year, honestly, has just been a hurry-up-and-wait situation," Mr. Hazen said. Now, he's looking ahead to the next 12 months. Everything from registering the kids for school to continuing job searches will be on the docket for the sponsorship group.

At the Imam Mahdi Islamic Centre, Dr. Torabian says that the joint effort between religious groups has been a symbol of Canadian acceptance. The Elendari family are Druze, the mosque is Shia, and the synagogue is Jewish – but none of their differences stood in the way of what was right.

"For us, it doesn't matter if this family is Christian, Yazidi, Muslim, Shia, Sunni," Dr. Torabian said. "We're friends, and in the teaching of both religions, we must help each other in difficult situations."

"We want to show, in practice, what we believe in." 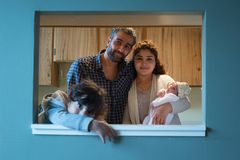 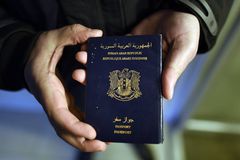 For refugees living in Canada, a January 1 birthday is no reason to celebrate
December 29, 2016 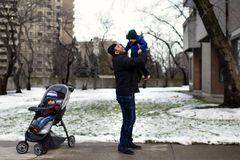