The three paintings capture Canada at its most tranquil and soul-restoring: A brilliant fall day in the Ontario wilderness; two wintry village scenes from rural Quebec. Yet, beneath the brushstrokes, lies the story of a troubled period in the life of this country's celebrated Nobel laureate Sir Frederick Banting and the elusive woman who may have been his servant and possibly a friend.

Now the research foundation established in his name is hoping for a clue that might reveal how the trio of sketches, apparently painted by the famous scientist in 1930-1931, showed up in its mailbox, without explanation, from a U.K. address.

"We would like to have the mystery solved," says Ramona Rea, executive director of the Banting Research Foundation in Toronto. "Who possessed these paintings and how did they come to us?"

The three paintings arrived in February, 2010, and were quietly put in storage while the foundation's leadership, unaccustomed to artistic sleuthing, sought expert advice.

Two of the three bear Sir Frederick's name and all match his style as known from other works, according to Canadian art scholar and former Art Gallery of Ontario curator Dennis Reid.

While it is difficult to gauge the value of the sketches, a larger work by Sir Frederick sold for more than $76,000 in 2008.

Sir Frederick is known chiefly for his co-discovery of insulin which led him, in 1923, to become the youngest recipient of the Nobel prize in Physiology or Medicine at age 32. But he was also a serious amateur artist who by 1930 was increasingly turning to painting to escape the pressures of fame and the breakdown of his first marriage. He had already befriended members of the Group of Seven, including A.Y. Jackson, whom he met through the Toronto Arts and Letters Club, and whom he accompanied on painting excursions in Ontario and Quebec.

The titles and scenes in the sketches received by the foundation match the dates and locations of some of the trips Sir Frederick is known to have made with A.Y. Jackson.

Intriguingly, the two that are signed are also inscribed in Sir Frederick's distinctive handwriting.

"To Miss Nancy Archer in appreciation," reads the back of the painting entitled Saint-Irénée, May 1931, which depicts a horse-drawn sled traversing a snowy backdrop. The back of another sketch, marked Penetang, October 1930 simply reads "To Nancy."

Sir Frederick's writings never mention Nancy Archer, nor is she recalled by family members. However, the Toronto city directory lists a Nancy Archer with the occupation "maid" at the address of the Banting residence at 46 Bedford Rd. in 1931. Her name appears only that year, a time when Sir Frederick and his wife, Marion, were effectively living separate lives within the house ahead of their divorce in 1932.

It was not uncommon for Sir Frederick to give his paintings away, said Michael Bliss, historian and Banting biographer.

Further inquiries by the foundation revealed that the sketches he gifted to Miss Archer were sent from Truro in Cornwall, England, at the request of an auction house dealing with an estate. But the auction house has not responded to requests to share information about their source.

Wherever they came from, they were obviously worse for the wear, says John Floras, a cardiologist at the University of Toronto and Mt. Sinai Hospital and the chairman of the foundation's board.

"Clearly they'd been in an environment where there'd been a lot of indoor smoke and they looked very dull."

The paintings have now been restored to their original colour but their story remains curiously obscure.

"Our goal in publicizing their existence is to establish their provenance and if at all possible their history and the intent of the sender," says Dr. Floras.

He added that he hoped the sketches would draw attention to the 90-year-old foundation's principal work, which is funding early career medical researchers across Canada.

Last month the foundation announced it would fund seven projects ranging from a University of British Columbia-based plan to create a 3D-printed model of an airway to study respiratory allergies to a database that brings together a rapidly growing understanding of the human microbiome – the population of micro-organism that live in us and on us – and its role in human health.

Dr. Floras says the foundation, which is the oldest medical research funding organization in Canada, was established on the notion "that if you fund passionate young people who have innovative ideas you might have discoveries equal to that of insulin."

While Sir Frederick's Nobel prize gave him the freedom to pursue his research, he encountered more frustration than success in his later work – a frustration amplified by high expectations from an admiring public. Sir Frederick died in a plane crash in 1941.

"People who knew Banting said that he would have been a happier man in life if he had never been involved in insulin and had simply become the good small-town doctor that he was meant to be," Prof. Bliss says. 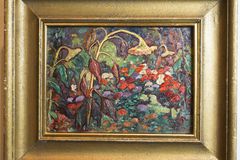 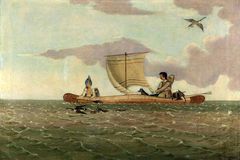 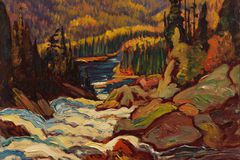 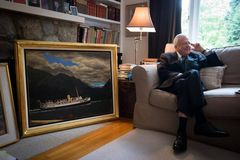