Canada's stellar international reputation for press freedom rings hollow for some family members of Tara Singh Hayer who are still waiting for arrests 14 years after he was fatally shot after years of coverage of the unsolved Air India terrorist case.

Mr. Hayer is the only journalist ever to be killed in Canada for his work. A fearless publisher and writer, he reported on those he believed were responsible for the death of 331 people in the Air India bombings.

Mr. Hayer was shot on Nov. 18, 1998. A paraplegic after an earlier failed attempt on his life, he was killed while edging out of his black Cadillac and into his wheelchair in the garage of his home in Surrey, B.C. He was 62 years old.

The lengthy investigation, which police say is continuing, has been difficult for the family, especially for Mr. Hayer's wife, his son Dave said in an interview. Some family members cannot understand why arrests have not been made, especially since so much information about the shooting and threats against his father have surfaced in recent years.

"You get optimistic, and then suddenly it is not as good as it looks, because the witness police thought they had is no longer there," he said, adding that witnesses have disappeared and at least one has died.

"I'm still optimistic," he added. "As long as I'm alive, I will be optimistic. I think our system is very slow, but in the long term, it will work out.

"The clearest message [from the assassination of his father]is that a terrible price has been placed on freedom of speech," he said.

"Even when my father was shot and paralyzed a few years before his assassination, it did not stop him from speaking out about the rights of victims."

Tara Singh Hayer, who came to Canada in 1970 at 34 years old, worked as miner, teacher, truck driver and manager of a trucking firm before becoming a full-time award-winning journalist.

He established the weekly Indo-Canadian Times in 1978 and built the weekly into a leading Punjabi language newspaper in Canada, the U.S. and England. A harsh critic of both the government of India and militant Sikh activists fighting against the government, he was a strong voice for justice and a vigorous court system.

Mr. Hayer lived under the threat of violence for many years afterwards. In early 1986, an explosive device was left outside his newspaper's print shop. Police defused the bomb before it exploded. Montrealer Jean Gingras, who is to be sentenced in Vancouver on Monday for cocaine trafficking, told authorities several years ago that he had gone to Surrey to blow up the Indo-Canadian Times. Neither Mr. Gingras nor anyone else has been arrested in connection with the bomb.

Mr. Hayer was not intimidated. He did not shy away from writing about the Air India disaster or from publishing critical reports of activities in the Sikh community. Then in August, 1988, the 17-year old son of a prominent member of the Sikh in Canada – who had been lambasted in the Indo-Canadian Times – shot Mr. Hayer.

Although he was paralyzed from the waist down by the shooting, Mr. Hayer continued to write about prominent figures in the Sikh community in Canada. But for years, he did not speak to police about what happened at the British newspaper.

Mr. Hayer gave his first affidavit to police in 1995, after the publisher of the British Punjabi newspaper, Tarsem Singh Purewal, was murdered. Three years later, before police made any arrests in the Air India case, Mr. Hayer was shot dead. No arrests have been made related to his murder. Inderjit Singh Reyat, who supplied parts that were used in the explosives, is the only person to be convicted in the Air India case.

Mr. Bagri was charged in 2000 with attempted murder of Mr. Hayer in 1988. The charges were stayed in 2004 after the credibility of a key witness was undermined. Crown counsel said evidence against Mr. Bagri was no longer available.

Freedom of the press rises from debris of collapsed dictatorships
May 2, 2012 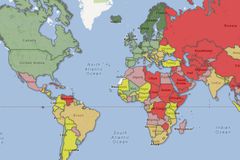 Opinion
For a Mexican journalist, a day to mourn lost colleagues
May 3, 2012 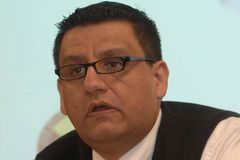 Freedom of the press around the world
May 2, 2012
Mexico must do more to protect journalists
April 30, 2012 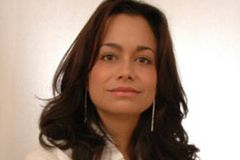 Opinion
Yes. The Charter of Rights has given judges too much power
April 19, 2012
Is Burma having its Mandela moment?
April 7, 2012 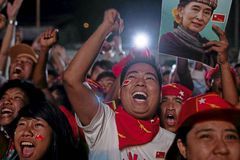 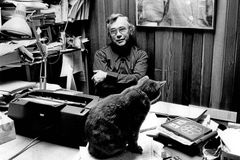