The scramble to get a beautiful Christmas tree has started. And it's likely going to be roughest in British Columbia.

While a shortage of Christmas trees in the United States is turning into an exporting boon for growers in Eastern and Central Canada, B.C. shoppers are expected to face stiffer prices and a more dismal selection of evergreens.

"People may not be able to buy the choice of trees they want," said Art Loewen, whose business, Pine Meadows Tree Farms in Chilliwack, supplies local garden centres. "There will be enough trees, but they might not get the choice they want."

But for Canadian growers, who suffered through a dark period seven years ago, when they faced a glut of trees from U.S. producers, things have rebounded.

This fall's orders were exceptional, said Jimmy Downey, whose family farm, Sapinière Downey, is located in Hatley, in Quebec's Eastern Townships, an area southeast of Montreal that exports 85 per cent of its fir trees to the United States.

This is the first year that most of Mr. Downey's sales were finalized many months before workers started cutting the trees. "We try to run after our clients. This year, it was the opposite. The clients were running after us to get their trees," said Mr. Downey, who is president of growers' group the Association des producteurs d'arbres de Noël du Québec.

"It seems to be a really good year. We are selling to the max," said Shirley Brennan, executive director of the Canadian Christmas Tree Growers Association.

The scarcity in the United States is, however, a concern in B.C., which relies on U.S. imports. Other parts of Canada are not expected to be affected and big chains such as Loblaw and IKEA said they will be properly supplied for the holiday season.

The problem south of the border has been attributed to a delayed result of the recession that began in 2007. There were fewer sales, less harvesting and, as a result, U.S. growers planted fewer new trees, which need a decade to mature into adequate size.

Mr. Downey said he had been getting more orders from Washington State, where dry conditions might have affected the tree crops. "You end up with [what] we call a Charlie Brown tree … you only see a few needles and a trunk and branches. It's not appearing green, it won't give a nice smell in the house, it's not marketable."

B.C. relies on imports from the United States as its limited agricultural land has pushed farmers toward higher-value crops, said Mr. Loewen, an executive with the B.C. Christmas Tree Council.

"We've never grown enough of our own and we've always imported a lot from the U.S. That has become tougher," he said.

His business is growing fewer firs because he can't rent additional acreages any more.

He has had to buy more trees from U.S. suppliers to keep up with the demand, but their prices have gone up. For example, noble firs that he used to buy for $30 or less a unit now cost $50 wholesale.

In addition to higher prices, he said that instead of Fraser or balsam firs, retailers might have to sell grand firs, which don't keep their needles as well, Mr. Loewen said.

In Nova Scotia, booming demand for real trees in the United States has many growers uncertain of whether they can cut enough trees this December to keep up with wholesale demand.

The province's Christmas tree industry is large and in the midst of a rebound after going through "a rough period," said Angus Bonnyman, executive director of the Nova Scotia Christmas Tree Council.

Increasingly, big-box retailers in both Canada and the United States have been turning to Nova Scotia growers to pick up the slack from large U.S. growers, he said.

Whether that will translate into shortages and higher prices at retail tree lots is not yet clear. "There should be a tree for everyone. We wouldn't want folks to panic," Mr. Bonnyman said, while suggesting in the same breath that shoppers buy their trees early.

Mr. Bonnyman said there aren't reliable statistics on the number of trees sent to the United States versus other provinces, where trees are commonly given new tags of origin and sold again. Growers in Nova Scotia are independent and often family-owned; they are not compelled to disclose sales data.

Even growers who supply the Canadian domestic market feel the pressure from a tree-starved U.S. market.

Cindy Rhodenizer, who runs G.A.R. Tree Farms with her husband in Nova Scotia's Lunenburg County, supplies one main client, a big-box retailer with stores across Canada. She said she is routinely asked whether she can sell to the United States. 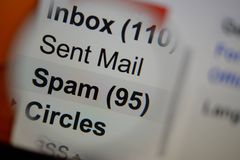 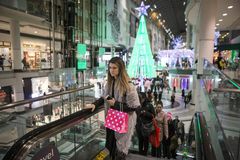 Union says 15,000 American Airlines December flights do not have pilots assigned
Subscriber content
November 29, 2017
Follow Tu Thanh Ha and Jessica Leeder on Twitter @TuThanhHa @jessleeder
Report an error Editorial code of conduct
Due to technical reasons, we have temporarily removed commenting from our articles. We hope to have this fixed soon. Thank you for your patience. If you are looking to give feedback on our new site, please send it along to feedback@globeandmail.com. If you want to write a letter to the editor, please forward to letters@globeandmail.com.
Comments