Valérie Plante became Montreal's mayor on a promise to do politics differently, to transform her sharp organizational skills, easy laugh and hopeful words on the campaign trail into a city hall ruled more by ideals and consensus, less by cynicism and political conniving.

After her comfortable victory last November over incumbent Denis Coderre – a former federal Liberal cabinet minister seen as the picture of old-school politics – even Ms. Plante's critics and ideological foes rallied behind the one-term city councillor.

The honeymoon lasted exactly 66 days and, as with many things in politics, it died from taxes, a broken promise and a botched damage-control plan.

To say things have turned sour for Ms. Plante would be a gross overstatement: She's just getting started and has already persuaded the province to help buy 300 buses to improve transit.

But her first three months in office have been marked by many of the expected growing pains for a rookie mayor surrounded by allied city councillors expert at opposition and running small boroughs but not managing a big city with a $5.5-billion budget.

Councillors are speaking out of turn, half-baked plans are in the news before they are ready and even a basic function such as snow removal has caused controversy as her administration set aside the plow and hoped in vain that warm January weather would take care of a storm.

Looking back 34 days after the tax fiasco, Ms. Plante says her first budget with its 3.3-per-cent average hike in property taxes contained an important lesson: Sometimes, leadership requires taking your lumps and moving on.

Instead, Ms. Plante's team used the age-old political tactic of blaming the previous administration for the lamentable state of the books, along with questionable accounting and semantics, to argue they'd actually hit a promised tax target. Key city-council ally Luc Ferrandez called the attempted explanation "amateurish." That, along with subsequent apologies, turned a two-day story about a tax hike into a saga.

"Those were a few weeks that were more difficult," Ms. Plante said, sitting on a couch in her corner office at Montreal's iconic City Hall. She sips water, reusing a glass bottle in front of a coffee table with a picture book from Barack Obama's time in office that her husband gave her as a gift. "I would tell myself and people would also tell me: 'Okay, you had a tough start but the best is yet to come. You've only started to show what you're capable of.' "

As she faced her first major controversy, Ms. Plante says she was surprised by the gap she felt between damning headlines and citizen attitudes. "There was a real disconnect. When you looked at the media, it seemed like everybody was mad and upset," she said. "When you get out, some people are disappointed but it's very different. The lesson I got was its important to me to continue to connect to people in the field, to hear their comments but also a lot of love and support and understanding."

Love and understanding are rare gifts in politics, and some municipal watchers say Ms. Plante's bigger challenge is getting a firm grip on the real levers of power at city hall – the vast bureaucracy, along with her own allies on council.

Caroline St-Hilaire, the recently retired mayor of the Montreal suburb of Longueuil, penned an open letter to Ms. Plante reminding her that honesty and transparency were keys to her surprising victory and she must now add firm control to her arsenal.

"She needs to own her decisions," said Ms. St-Hilaire in an interview. "The municipal machinery can be very heavy and powerful. They bring expertise but they also speak their own language and they sometimes need to be confronted."

Peter Trent, the former long-time mayor of Westmount, the prosperous enclave within the city, said Ms. Plante's team is "untested and untried at this level, and it's showing. They're all just feeling their way around, and that doesn't work in a big city. She needs to surround herself with more knowledgeable people."

Montreal city hall is run by a large council that more resembles a legislature, complete with a cabinet-like executive committee and political parties. Ms. Plante represents Projet Montréal, a left-leaning green party that has existed for 12 years but previously only held power in neighbourhood councils known as boroughs.

Ms. Plante's party has long pushed to limit the use of cars and encourage healthier options such as cycling and transit. In boroughs Projet Montréal controls, this has meant more bike paths, less free parking and turning some city streets into parkland. The moves are quite popular in Projet neighbourhoods but send some drivers around the bend.

With scant other details about a plan, the local news pages and airwaves are filled with arguments from Sunday drivers and commuters declaring they are victim to a "war on cars." Their adversaries who dream of a mountain park closer to its original 1877 design are just as heated. Ms. Plante said ideally the debate would have happened after a full plan is revealed soon. "I understand people are worried because they haven't seen the plan. But I think when they do, it will diminish some concerns," she said. "I can't wait."

Mr. Trent, who maintains the controversies nipping at Ms. Plante are minor compared with structural issues facing the city, such as its system of governance and costly work force, said the mountain remains emblematic of her administration's early problems. "Mr. Ferrandez, for one, is a bit of a 'Fire! Aim! Ready!' kind of guy," Mr. Trent said. "She needs better help than that right now." 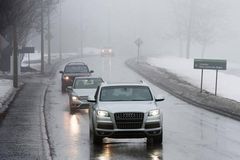 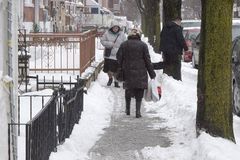 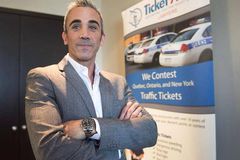