Dozens of Vancouver-area real estate firms are failing to comply with federal anti-money-laundering laws that require them to identify who their clients are and where their money comes from, The Globe and Mail has learned.

The Financial Transactions and Reports Analysis Centre (FinTRAC), which enforces the legislation, says it found "significant" or "very significant" deficiencies within some five dozen B.C. brokerages in the past year. It decided to step up scrutiny over worries that money primarily from China is being laundered through Vancouver real estate.

Federal examiners visited 80 realty offices in the Vancouver area to delve into their paperwork and procedures. In 55 instances – most involving brokerage firms and some focusing just on individual agents – they found practices significantly lacking. In an undisclosed number of additional cases, the violations are serious enough to warrant fines.

"The very significant deficiencies will lead to additional enforcement action and possibly penalties," said Mr. Gibb. "We found a number of obligations that were not being respected."

FinTRAC found that some real estate agents were neglecting to get proper ID from clients, such as drivers' licences or passports.

Attempts to verify sources of money were found to be inadequate or non-existent. According to the agency, some brokerage firms were also failing to report suspicious or large cash transactions, which is also required by law. Between 2012 and 2015, the agency received just seven reports of that nature from the real estate sector in Vancouver.

The 80 entities put under examination were not chosen randomly. FinTRAC says it targeted brokerage firms and agents it had complaints or concerns about, including those doing a large number of transactions.

The findings come after a Globe investigation into speculation and flipping led the B.C. government to also put the real estate industry under scrutiny. An advisory group is now looking at any practice "that could pose a risk to consumers or that fails to meet the standards expected by the public."

The Canadian Real Estate Association (CREA), which leads industry training on anti-money-laundering compliance, says it understands there is a problem but it blames the federal agency. It calls FinTRAC's training webinar "clearly insufficient," while it says the industry invested "heavily" in two staffers plus outside firms to bring members up to speed.

"It would be nice if FinTRAC would invest similar time and effort," said Randall McCauley, CREA's vice-president of government and public relations. Mr. McCauley calls it "ridiculous" to expect individual real estate agents to have the same infrastructure as banks or casinos to track clients. He adds, the requirement to increase scrutiny of any client that does two transactions in five years shows "a lack of understanding" of the industry.

"A huge percentage of our members help individuals sell, then buy a home within days or weeks," Mr. McCauley said. "Why is the second transaction riskier? Why is there more work for our members?" FinTRAC points out that, by law, the onus is on the real estate sector to comply with anti-money-laundering rules.

A Vancouver real estate agent who sits on the professional-conduct committee of the Real Estate Board of Greater Vancouver (REBGV) says he's not surprised standards are lacking.

"It's too easy to become a Realtor in British Columbia, so the level of compliance is going to be a problem," said Keith Roy of Re/Max Select. "The No. 1 way to increase public protection is to have more than a 10-week online course to get your licence."

The REBGV told The Globe that there are now more than 12,400 agents in the Vancouver area – up 24 per cent from five years ago.

Mr. Roy says managing brokers – who are supposed to make sure agents comply with federal laws – are often overseeing hundreds of them at different locations, in an overheated market.

"All these contracts are coming through and the managing broker doesn't have time to properly examine each deal," he said. "Far too frequently, I am doing deals with agents who are poorly managed."

Money-laundering expert Christine Duhaime says the federal agency deserves credit for increasing enforcement, but it should do more.

"I do think it's good that FinTRAC is increasing its compliance. I just wish they'd do 800 [examinations] instead of 80," said the Vancouver lawyer, who adds that she talks to many agents who are uninformed.

"Most don't even understand the laws or what they are supposed to do," she said. "[Brokerage firms] have to hire consultants and experts, and then you have to hire somebody to be a compliance officer – or appoint someone – so it's really expensive."

FinTRAC acknowledges that even when it does collect information, it normally isn't passed on to police. Generally, that only happens if a crime is suspected in Canada, over and above questionable transactions. For example, money derived from the illicit sale of drugs in Canada.

"There needs to be an equivalent crime in Canada for money to be laundered," said Mr. Gibb. However, he insists if real estate buyers know they are being identified and possibly reported to the federal government, they will think twice about parking ill-gotten gains from overseas in Canada.

"Money laundering is a clandestine activity," said Mr. Gibb. "What we are trying to do is shed a light on transactions to ensure that Canadians and the Canadian financial system [are] protected."

Mr. Roy believes non-compliant firms will only make real changes if and when they are fined.

"If I own a brokerage and I get a fine and it is $20,000 – that is a salary for a part-time assistant managing broker. So, I will just hire one to avoid getting fined." 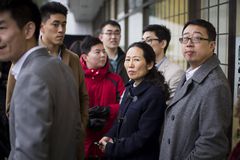 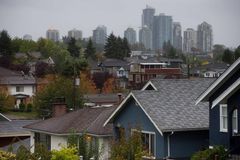