A multimillionaire Chinese citizen residing in Vancouver has admitted that greed led him to team up with hackers in his homeland in a conspiracy to steal blueprints for Pentagon military jet components.

Charges were first announced in 2014, but Mr. Su had been living in his adopted home of Canada fighting extradition. Then, a month, ago, he suddenly dropped his appeal, consented to cross the border, hired five lawyers and negotiated a maximum five-year prison sentence with U.S. prosecutors.

Independently, Canadian immigration authorities dropped a bid they had launched to declare Mr. Su a Chinese spy and strip him of his Canadian residency status. Government officials could not immediately say whether he can return to Canada to reside at the conclusion of his U.S. prison term, which has not yet been set.

Mr. Su "was initially arrested in Canada in July, 2014 on a warrant issued in relation to this case," U.S. prosecutors said in a statement on Wednesday. They added that he recently "waived extradition and consented to be conveyed to the United States in February, 2016."

In August, 2012, Mr. Su bought a $2-million house in Vancouver with his wife. A few months earlier, he was profiled in The Wall Street Journal as a frustrated Beijing businessman who had made $13-million in China but was keen to leave the country. "Regulations here mean that businessmen have to do a lot of illegal things," Mr. Su said at the time.

According to a plea deal released on Wednesday, Mr. Su admitted he was part of a criminal hacking conspiracy that dates back to 2008 and continued to 2014.

During this time, Mr. Su used his aviation expertise to act as a data scout for two hackers based in China. He admits to helping them identify people, databases and documents they could hit within U.S. defence contracting companies. For example, the hackers would break into a secure database and then e-mail Mr. Su a long list of files in a directory. He would identify which English-language blueprint manuals were most worth taking.

China has hacking teams that are dedicated to military and aviation targets. The conspirators are said to have wanted schematics related to transport and fighter jets known to the Pentagon as C-17s, F-22s and F-35s. Corporate engineers were preparing to testify against Mr. Su, and say that technical documents discovered in his e-mail exchanges were part of projects that had cost U.S. taxpayers billions of dollars.

Mr. Su admits he "specifically sought to profit from selling the data" to entities in China, according to the plea deal. Yet it is not clear whether he ever made any money doing so.

He still faces a significant fine for his crimes. Under the terms of his deal, he is responsible for "twice the gross gain or gross loss" of any financial damage that he did.

Prior to crossing into the United States to plead guilty, Mr. Su was also fighting a legal battle against Canada's immigration enforcement arm, which had been trying to revoke his residency status.

"The Canada Border Services Agency has made an allegation of inadmissibility for security grounds against Mr. Su in late April, 2015," said Melissa Anderson, a spokeswoman for the Immigration and Refugee Board. She explained that the CBSA alleged Mr. Su should be stripped of his status for "engaging in an act of espionage … that is contrary to Canada's interests."

But that bid was withdrawn three weeks ago, around the time Mr. Su crossed the border to negotiate a plea with U.S. authorities.

Court filings suggest Mr. Su negotiated his plea agreement with the help of five lawyers based in New York and Los Angeles. "I really can't say anything more than what's in the court filings," said New York lawyer Robert Anello, when reached by phone. But when asked whether the five-year ceiling amounted to a significant reduction of potential prison time, he said that "it was."

Despite Mr. Su's admitted crimes, the heavy lifting in the conspiracy was done by two China-based hackers who have never been charged and whose names have never been revealed by prosecutors.

Earlier this year, The Globe and Mail revealed that court filings in Canada describe the tandem as "Chinese military officers" who sent Mr. Su pictures of themselves in military dress, with identifiable names and ranks.

Yet no publicly available U.S. charging document makes this same allegation. The plea agreement released on Wednesday refers to them only as "citizens of China and located in China."

A spokesman for the U.S. Department of Justice said he could not comment on this discrepancy. 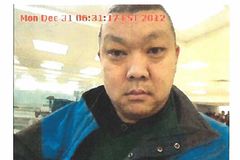