Ron Francis's family and friends filled a big white wooden church near the Saint John River on a sunny Friday – more than 250 people jammed into the pews and along the back and side walls for the RCMP corporal's funeral.

Four days before, the 43-year-old police officer, a 22-year veteran of the RCMP and by all accounts a dedicated and courageous officer, killed himself in his home at Kingsclear First Nation, near Fredericton.

In the death notice, his family specifically requested that the "red serge," the brilliant red jacket of the dress uniform of the Mounties, not be worn at the service by any other member of the RCMP. "Red serge will only be worn by Corporal Ron Francis …," it said.

Instead, mourners wore blue ribbons – representing the challenges of post-traumatic stress disorder (PTSD) – on their lapels.

Cpl. Francis suffered from PTSD and was critical of the force for not providing services for him and other victims of the disease. He used medical marijuana to treat his PTSD, something he became known for doing while in uniform. He is the 32nd RCMP officer (former and serving) to die by suicide since 2006.

He is also the second police officer to kill himself in just one week. Ottawa police Staff Sergeant Kal Ghadban, also 43 and a 22-year veteran, shot himself in his office on Sept. 29.

"More police officers are killed by suicide than by any felons," notes Dr. Greg Passey, a psychiatrist who specializes in trauma and PTSD.

"PTSD and depression and those types of operational stress injuries are actually more dangerous to an officer's life than the criminals out there. That's an important piece that no one seems to talk about."

From January, 1989, to May, 2012, 23 Ontario Provincial Police officers killed themselves, Ontario Ombudsman André Marin reported in his 2012 study on operational stress injuries, which encompasses PTSD, depression and other mental health problems. During that same period, Mr. Marin notes that two fewer OPP officers were killed on duty. The OPP brass embraced his recommendations, but since his report, one more OPP officer has died by suicide, according to his office.

"I think PTSD has been present in policing probably since day one," says Dr. Jeff Morley, a 23-year veteran of the RCMP and now the mental health director with the Tema Conter Memorial Trust, a charity supporting first responders who are suffering from PTSD.

"Cops face horrors and confront un-fixable suffering on the job every day across Canada. It takes a toll; we can expect it to."

Much of the debate around PTSD has focused on the military, especially soldiers returning from Afghanistan. But mental health experts, such as Dr. Morley, say PTSD and other operational stress injuries affect all first responders, including social workers, correctional officers, paramedics, firefighters, emergency room nurses and police.

Cpl. Francis is the 24th first responder in Canada to die by suicide since last April, according to statistics gathered by the Conter Trust. Vince Savoia, its executive director, started keeping statistics simply because no one else was. He wants to be able to understand whether first responders have a higher incidence of suicide than other professions do. Of the 24 suicides, 18 were related to PTSD and 13 were police officers.

For his part, Dr. Morley wants to see an integrated national strategy to deal with all first responders. It would start with research to understand the rates of PTSD and then look at programs for early intervention, screening and treatment where needed.

Currently, programs are all over the place – from municipal police forces trying to cope with the problem to the RCMP's mental health strategy, which was unveiled in April, and focuses on education and reducing the stigma of an officer coming forward to ask for help.

"If we want to be able to protect Canadians and carry guns and intervene in situations, we have to make sure our members are healthy," says RCMP Assistant Commissioner Gilles Moreau, who is in charge of the strategy.

But other experts, such as Dr. Morley, are not convinced the strategy will work. "It sounds good … I think there are huge gaps," he says, including that there is no "budget attached" to the strategy.

Says Ontario Ombudsman Marin: "Unfortunately, some police services … have misjudged their priorities. For some, it's more important to get the latest gadgets, the toys for boys, rather than addressing the issue of mental illness."

The last few months of Cpl. Francis's life were played out publicly. He challenged the RCMP by smoking medicinal marijuana while in his dress uniform.

He used the drug to treat his PTSD – and his challenge was his way of protesting what he felt were the lack of services he and other members, also suffering from PTSD or depression or other mental issues, were receiving.

"I think what he was looking for in the end was for the Mounties to accept what he had done," says his childhood friend, T.J. Burke, who was also his lawyer and is a former attorney-general of New Brunswick.

"They took his uniform from him, they stripped him of his privileges, they charged him under the Police Act … and he always came back to 'I just want them to understand what I am going through.'" 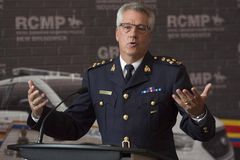 Opinion
Awareness of PTSD must shift from sufferers to supervisors
August 7, 2014 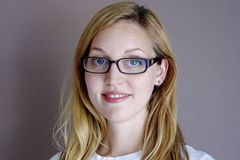 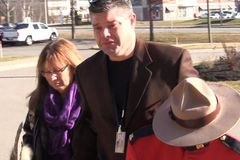 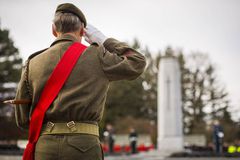 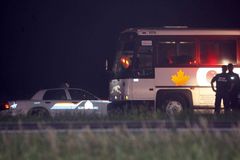