Harold Hague received a Legion of Honour from the French government last week for his role serving with the Canadian 31st Minesweeping Flotilla during the Second World War. On D-Day, he served on one of the ships that cleared underwater mines at Omaha Beach, helping to pave the way for Allied troops to land on the coast of Normandy. The Regina veteran, now 93, recounted his experiences to The Globe and Mail's Kim Mackrael.

During the war, the Germans put thousands of mines along the Normandy coast to prevent an invasion of the Allies by sinking their ships. So the mines had to be swept.

You know, these mines would be huge. But they're under the water and the mines that we were after were the big round mines with spikes on them. And of course, you see, the ships would hit those spikes and would explode. It's amazing how much damage they could do.

The old way of sweeping mines was by dragging a big paravane that cut steel, and as the ship goes by, the paravane sweeps under like a spoon and the mine pops up, and then we destroy the mine.

We left England early the night before D-Day, we cut across the channel all during the night. At daybreak, we got pretty close to the shore.

You looked back, where all of the ships were coming in, and it was utterly amazing, the number of ships on the horizon. Just miles and miles behind us and they kept on coming. Our job was to make sure that we cleared the path.

And again, of course, offshore, say five or 10 miles, were the big battleships and they were shooting big shells on the beachhead too, to loosen it up and destroy the mines that were laid on the beach. So you know, everything had to go by clockwork or else it would be a total failure.

And we had rough seas so we had a lot of trouble with the seas. When I say we, I mean, the whole invasion, including Canadians and everybody. We lost a lot of people because the seas were so high and rough.

Some of the infantry would drown before they even hit the beach. But those who were still alive, a lot of them got hit, too, with gunfire from the ships. It was something I'll never forget.

It was a terrible experience to see human life floating in the water, and you couldn't do anything. We couldn't stop to pick them up.

There was shrapnel and stuff like that that hit our ships. They didn't do that much damage, but if you were on the upper deck, several crew members got hit. Some of it was fatal, and some of them got wounded.

Omaha Beach was what they called the Bloody Omaha Beach. It was a terrible disaster for a while until we were able to get more troops. The first landing was terrible. The troops that landed were able to get out of the water and go up the beach, but as they were going for cover, they were open targets, and the Germans took advantage of that.

To see human life, to see humanity destroyed the way they were in a battle like that, it proves that nobody wins in a war. The lives that are lost on both sides, that war cost millions of lives. It's just terrible. You know, anybody who came out of there was very lucky. And I absolutely say that I was one of the lucky ones. 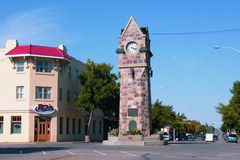 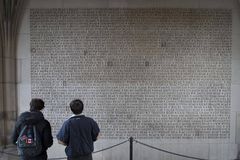 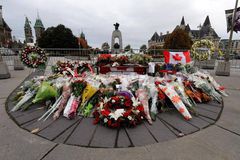