Retired general Walt Natynczyk, who was Canada's top commander as troops were engulfed in intense combat in the Afghanistan war, says Veterans Affairs needs to address its failings because it has a duty to care for wounded vets and their families.

The former soldier isn't speaking as an outsider: He is deputy minister of Veterans Affairs, appointed to the position a little more than a year ago. He said the federal department needs to shore up its resources and show more respect, care and compassion for vets living with physical injuries and mental scars. It needs to encourage the latter to seek treatment, he said, because one suicide "is one too many."

In a speech Tuesday at a Canadian Institute for Military and Veteran Health Research conference in Quebec City, Mr. Natynczyk said he wished "we were perfect in our support" of veterans and their families. "We recognize that there are shortcomings and we need to fix them."

That means keeping Liberal campaign promises, which would undo some of the cuts made under the previous Conservative government. The new government has pledged to reopen several Veterans Affairs regional offices across Canada and reinstall lifelong pensions as an alternative to lump-sum payments for disabilities.

The department will also work with National Defence to develop an enhanced mental-health strategy, said Mr. Natynczyk, who was chief of the defence staff from July, 2008, to October, 2012.

The commitment to improve Veterans Affairs and mental-health care comes as preliminary findings from a new study show nearly one-third of a sample of veterans who served in Afghanistan had a diagnosed mental illness – a higher rate than other Canadian vets. Many also faced physical challenges: 42 per cent experienced chronic pain, and 70 per cent had a physical ailment.

The Veterans Affairs' findings could signal a coming wave of soldiers who will need financial and rehabilitation support from the federal government. Linda VanTil, a researcher with Veterans Affairs, noted in a presentation that of the 41,600 members who deployed to Afghanistan from October, 2001, to December, 2013, the majority – 80 per cent – were still serving, while 20 per cent had been released as of the end of 2013.

More Afghanistan battle-hardened soldiers are expected to leave the military over the next few years. As they do, it will become increasingly important to track their well-being and examine how many are dying by suicide annually. (Suicides of former military members are not regularly tracked in Canada.)

A Globe and Mail investigation published last month found that at least 48 active-duty soldiers and six veterans had taken their lives after serving in Afghanistan. The Canadian Forces released an updated number after The Globe's investigation, raising the suicide count to 59 soldiers and veterans as of the end of October.

Lieutenant-General Guy Thibault, vice-chief of the defence staff, said he and other senior leadership are troubled by the recent increase in suicides in the army. In many cases, the soldiers had deployed to Afghanistan.

"We know that these aren't statistics. These aren't just data points on a spreadsheet. They're people. They're sons and daughters, and wives and husbands, and parents and comrades, and friends," Lt.-Gen. Thibault said in a speech Tuesday. "For their sake, and for the sake of those that they leave behind, we must continue to work towards the goal of preventing suicides within our ranks."

Defence Minister Harjit Sajjan has directed Gen. Vance to make suicide prevention a priority. In half of the suicides analyzed by the military, members were not in formal treatment.

Lt.-Gen. Thibault, who addressed the conference instead of Canada's top commander because Gen. Jonathan Vance had other commitments in Ottawa, said the Forces will work to determine what more needs to be done to get vulnerable members the help they need. The military will also examine the services and treatment that it currently offers. Lt.-Gen. Thibault said the Forces must accept that it is only beginning to understand mental-health problems.

"In the end, despite all the programs we have, it's clear that there is still more to do," he said in an interview after his speech.

Colonel Rakesh Jetly, mental-health adviser to the military's surgeon-general, said the Forces has been directing extra attention in recent years on the well-being of its army members, who shouldered combat operations in Afghanistan. He noted that suicide is a public-health challenge in the military and civilian worlds and both are falling short in their efforts to prevent suicides and help the mentally wounded heal.

"The care itself isn't good enough," he said in an interview. "We need to continue to work on improving the treatments."

Col. Jetly said the Forces is evaluating novel therapies, such as virtual-reality programs, and introducing a system to measure treatment outcomes to better understand what methods are working well and what are not. Despite challenges, he said many mentally ill members are getting better with treatment, and he encouraged others who are struggling to seek help.

"While the system is not perfect," he said, "it is very good."

Defence Minister vows to prioritize mental health of soldiers at every stage
November 18, 2015 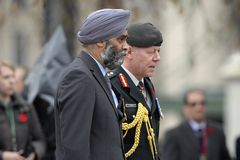 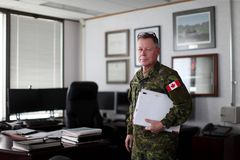 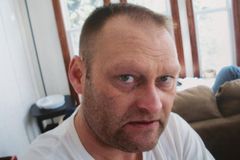 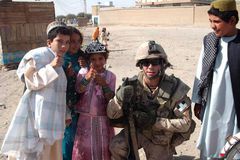