Viola Desmond's trailblazing act of defiance – overlooked for decades by most Canadians – was honoured Thursday in a Halifax ceremony that cemented her new status as a civil rights icon.

The purple polymer bill – the first vertically oriented bank note issued in Canada – includes a portrait of Desmond and a historic map of north end Halifax on one side and the Canadian Museum for Human Rights in Winnipeg on the other.

"It was long past time for a bank note to feature an iconic Canadian woman," Poloz told the large crowd gathered at the Halifax Central Library on International Women's Day despite a blustery snowstorm and flickering power. "That's been a goal of mine since I became governor."

Morneau said the deck was "doubly stacked" against Desmond because of her gender and the colour of her skin. He said she stood up for what she believed in and helped make the country a better place.

"It's an important story because it shows that standing up for what we believe, whether it's on the steps of Parliament Hill or in a movie theatre in New Glasgow, Nova Scotia, can make our country and our world a better place for future generations," he said.

"Her legal challenge galvanized the black community in Halifax's north end and paved the way for a broader understanding of human rights across our country."

The bill, which also features an eagle feather and an excerpt from the Canadian Charter of Rights and Freedoms, was met by a standing ovation.

Yet it was Desmond's sister, Wanda Robson, that stole the show. Now in her 90s, Robson captivated the Halifax audience with her genuine delight at seeing her sister on Canadian currency.

"I was speechless," she said describing her reaction to the bank note. "It's beyond what I ever thought. It's beautiful."

"It's a long-awaited sense of belonging for the African Canadian community," said Russell Grosse, executive director of the Black Cultural Centre for Nova Scotia.

"The launch of the bill sends people of African descent the message that Canada is finally accepting us. We belong."

The bill marks a growing recognition of Desmond's refusal to leave the whites-only section of a Nova Scotia movie theatre on Nov. 8, 1946 – nearly a decade before Rosa Parks refused to give up her seat on a segregated bus in Alabama – and the seminal role it played in Canada's civil rights movement.

While her civil disobedience was remarkable, Grosse said racial segregation and systemic discrimination was once commonplace in Nova Scotia.

"It's a familiar story," he said. "It's something that a lot of African Canadians once experienced, so they can sympathize and they can connect with it."

That's what makes the new $10 bill such a powerful act of acceptance, Grosse said.

"It's a remarkable story. It really shows the progression of society, and that's one of the reasons why it seems to have gained this groundswell of interest over the last couple years," he said.

Desmond's story went largely untold for a half-century, but in recent years she has been featured on a stamp, and her name graces a Halifax harbour ferry. There are plans for a park in Toronto and streets in Montreal and Halifax to bear her name.

Lindell Smith, who represents the north end on Halifax council, said Desmond is an icon for the African Nova Scotian community and all Canadians.

"I have a daughter who's eight, and she'll be able to look at a bank note and see a woman who reflects her, an African Nova Scotian woman who stood up for her rights and now is being commemorated on a bank note," he said. "You can't get any better than that in terms of historical value and importance."

Isaac Saney, a senior instructor of black studies at Dalhousie University, said many Canadians are unaware that slavery and segregation existed here, and often know more about U.S. civil rights icons than those in Canada.

But the new bank note could change that, helping Canadians learn about civil rights north of the border, he said.

"When young people see Viola Desmond they'll be able to ask 'Who is this particular person,' so it becomes a teachable moment," Saney said.

Desmond's story started with a business trip 71 years ago. Desmond, a beautician and entrepreneur from north end Halifax who sold her own line of cosmetics, was headed to Sydney, N.S., when her car broke down. Stuck in New Glasgow overnight, she decided to watch a movie at the Roseland Theatre.

The segregated theatre relegated black patrons to the balcony, while floor seating was reserved for whites. Desmond, who was short-sighted and could not see properly from the back, sat in the floor section and refused to leave.

She was dragged out of the theatre by police, arrested, thrown in jail for 12 hours and fined.

"Viola Desmond carried out a singular act of courage," Saney said. "There was no movement behind her, she was ahead of the times."

It would take 63 years for Nova Scotia to issue Desmond, who died in 1965, a posthumous apology and pardon.

The new bill is expected to enter circulation at the end of the year.

Robson refused to return her bill Thursday, prompting laughter from the audience. Morneau joked that even he doesn't have the authority to take it back.

"You just can't spend it between now and the end of the year," he told her. 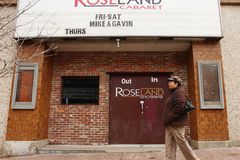 New $10 bill honouring Viola Desmond to be unveiled in Halifax next week
March 2, 2018 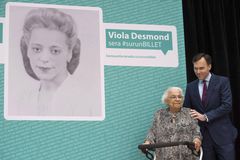 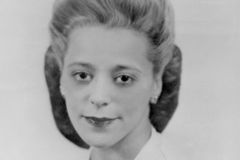