In the face of the Senate expenses scandal, there was a consensus among Canada's premiers that the upper chamber must be reformed or abolished. But at the Council of the Federation meeting Friday, they also agreed that now is not the time for change.

Saskatchewan Premier Brad Wall gave a presentation over breakfast in which he argued the Red Chamber must be scrapped. But most of his fellow premiers were cool to the idea.

And Ontario's Kathleen Wynne even argued that changes to the Senate should not be precipitated by the current scandal, which has centred on allegations several senators, including Ontario's Mac Harb and Prince Edward Island's Mike Duffy, claimed housing allowances even though their primary residences are in Ottawa.

"There may very well be consternation and concern – and there is – about particular individuals' behaviour. That is very different than a discussion about an institution and a constitutional debate about an institution and the shape of the federation," she said. "There are individual issues that need to be dealt with. [But] Senate reform is a different discussion and shouldn't be driven by a particular individual's behaviour."

She said the matter should be left up to the federal government. The Supreme Court is currently considering the constitutional implications of several reforms proposed by Prime Minister Stephen Harper, including shorter terms and elections for senators, and Ms. Wynne said she wanted to wait for that process to finish.

Of Mr. Wall's pitch, she said: "We thanked him for that presentation and there really was no more discussion."

British Columbia's Christy Clark, meanwhile, argued that there are more important matters to deal with.

"I'm not answering questions about the Senate today and the reason I'm not is because, in British Columbia, we are focused on growing the economy," she said. "I consider discussion about the Senate a huge distraction."

Even Alberta, the only province to hold senatorial elections, downplayed the issue's importance.

"For the moment, we'll leave it there and focus on what matters to all Canadians, which is jobs and the economy," Premier Alison Redford said.

Prince Edward Island's Robert Ghiz was somewhat more sympathetic. He pronounced himself in favour of a "triple-e" Senate – an elected chamber with equal representation from every province and powers comparable to the House of Commons – but said he doubted such reforms would happen any time soon.

"[The Senate] is there to represent our regions. Is that happening today? Some would say no," he said. "I'm sure that when another scandal arises somewhere else, the Senate will get pushed to the back burner again, and then in another four or five years, we'll probably be having this discussion. Not to sound too cynical."

Mr. Ghiz also used the opportunity to take a shot at Mr. Duffy. When asked about the senator, who represents PEI, he quipped: "I thought he was an Ontario senator," to guffaws from reporters.

Mr. Wall had previously been in favour of an elected Senate, too, but now argues reform would be so complicated, it would be easier to simply do away with it.

"I raised my points," Mr. Wall said after breakfast. "If meaningful reform can't happen, then we're left with either the status quo or abolition, and I don't think $100-million for the status quo is the greatest investment."

His position has some historic basis: some Canadian provinces once had upper legislative chambers as well, but reforming them proved so tricky, they were all ultimately abolished. The last to go was Quebec's, in 1968.

"I pointed out that we abolished the [upper chamber] in Nova Scotia in 1928 and through five elections, no one's every asked me to reinstate it," he said.

Get rid of the Senate, Saskatchewan Premier says with party’s backing
July 8, 2013 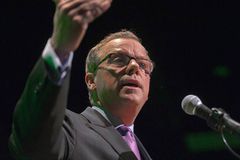 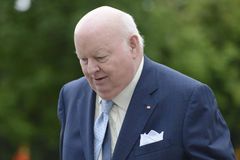 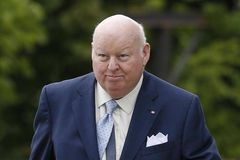 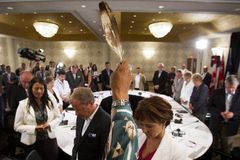