The civilian watchdog that oversees the RCMP has completed its investigation into the force's treatment of indigenous women and girls in northern British Columbia – a probe launched more than two years ago in response to a human-rights report that detailed allegations including excessive use of force, rape and mishandling of missing-persons reports.

The Civilian Review and Complaints Commission for the RCMP will send its interim report to the federal force for review in the next few weeks, spokesman Tim Cogan told The Globe and Mail. The RCMP will then submit their response for inclusion in the commission's final report, which will be publicly released.

The CRCC investigation was triggered by a 2013 Human Rights Watch report titled Those Who Take Us Away – a scathing document detailing such allegations as women being strip-searched by male police officers, an unwarranted attack by a police dog against a young girl and the 2012 rape of a homeless woman by four officers. Researchers heard allegations of sexual assault or rape in fully half of the 10 northern towns they visited, the report said.

The development in the commission process comes just as Quebec's provincial police force confronts allegations of long-standing mistreatment of indigenous people, including specific accusations that could result in criminal charges. The province's Public Security Minister on Friday announced the Montreal police department has taken over the investigation into eight officers accused of abuse of power and sexual and physical assault.

It also comes in the wake of news last week that the B.C. Information and Privacy Commissioner referred a case to the RCMP involving the alleged deletion of e-mails related to the so-called Highway of Tears. The e-mails may have been relevant to an access to information request pertaining to the 720-kilometre stretch of northern B.C. road notorious for the number of women – many of whom are indigenous – who have disappeared or been killed in the area.

Aboriginal leaders say the police-related allegations in British Columbia and Quebec feed into a historic mistrust of law enforcement and underscore the need for a national inquiry into Canada's more than 1,181 missing and murdered indigenous women. Prime-minister-designate Justin Trudeau said last week his Liberal government would move forward "quickly" with a federal probe.

The CRCC's public-interest investigation in B.C., which the commission has described as "large-scale," examined RCMP officers' conduct related to the following: policing of public intoxication, cross-gender police searches, the handling of missing-person and domestic-violence reports, use of force and the treatment of youth.

The 2013-14 annual report of the commission (formerly the Commission for Public Complaints Against the RCMP) said it would assess more than 90,000 RCMP files from B.C.'s northern district "in order to determine whether they were handled in accordance with policy and practice."

Dawn Lavell-Harvard, the president of the Native Women's Association of Canada, said she "can't wait" to see the final report.

"I'm really hoping we can start to see some truth," she said, adding she anticipates the commission's report will help validate concerns raised by indigenous women across Canada whose credibility has previously been questioned. "[The RCMP] needs to take this seriously so we can restore confidence in our police forces."

The commission does not have the power to investigate criminal allegations, but it can look at whether the issues raised in the human-rights report point to systemic problems. It can also weigh in on the adequacy of existing RCMP policies, procedures and training.

The commission's recommendations are not binding, but if the RCMP choose not to move forward with a particular proposal, they must explain why, the CRCC's Mr. Cogan said in an e-mail.

The timeline for the release of the final report depends entirely on how long the RCMP take to respond, he said, noting there are no legislated standards governing how quickly the RCMP must reply.

The commission has in the past warned that unexplained delays threaten the integrity of the complaints process, but it recently noted the force has responded in an increasingly timely manner.

Mr. Cogan said the commission will issue its final report within 30 days of receiving the RCMP's reply.

The RCMP said in a 2013 statement they take the allegations laid out in the Human Rights Watch report "very seriously." At the time, the Mounties encouraged people to bring specific accusations to the force, the commission or an independent body "without fear of retaliation."

Some of the incidents alleged in Those Who Take Us Away were, in fact, also the subject of individual complaints to the commission, Mr. Cogan said.

Human Rights Watch's research focused on the Highway of Tears area and included interviews with victims' relatives. Family members expressed a feeling that "investigating officers were biased against the victims because they were indigenous women and girls," said the report, which noted the RCMP have a special task force investigating 18 unsolved cases in the Highway of Tears area.

Police services have been working to rebuild trust with the aboriginal community after decades of tension – stemming, in part, from law enforcement's role in forcibly removing indigenous children from their homes and taking them to residential schools.

"This is an opportunity to put your money where your mouth is, so to speak," Ms. Lavell-Harvard said of the RCMP's forthcoming response to the public-interest investigation. "People need to see it's being dealt with aggressively and firmly." 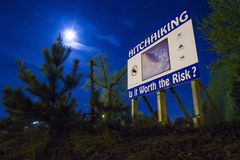 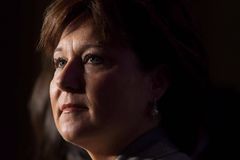 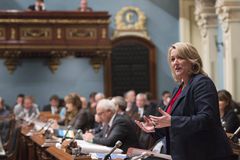 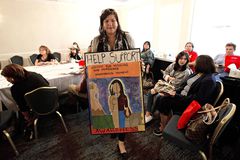 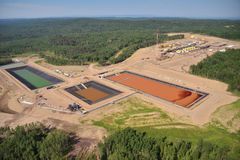 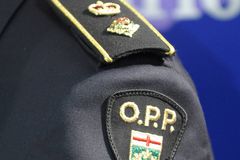