Canada's premier centre for investigating the nature of reality has just taken on its biggest challenge, at least in terms of subject matter.

On Monday, Neil Turok, director of the Perimeter Institute for Theoretical Physics in Waterloo, Ont., announced the institute is establishing a new "Centre for the Universe," a cosmology-focused research hub that will attempt to decipher the nature and origin of … everything.

The 10-year, $25-million effort -- launched with a $5-million anonymous donation --  will harness the institute's existing brain power while bringing in about two-dozen additional researchers and students to work on cosmology-related questions. It will also involve collaborations with partners based at several Ontario universities and at SNOLAB, the Nobel-prize winning underground research facility based at Sudbury, Ont.

The new centre is "supposed to be a meeting of minds, not a door with a label on it," Dr. Turok said. "The mission is to develop and test theories of the universe."

While researchers at the centre will be looking for new ways to test existing ideas about the cosmos, he added that some of their work will be aimed at developing entirely new ideas, "which will be more successful at explaining the big mysteries we have."

Those mysteries include dark matter and dark energy. The first is thought to be a form of unknown particle while the second is a force that is causing the expansion of the universe to accelerate. Both have been shown to exist and together the two phenomena dominate the universe, but they have yet to be satisfactorily explained. Understanding gravity, what happens inside black holes and what triggered the Big Bang are also high on theorists' to-do list.

"That's the biggest frontier in fundamental physics and we're certainly learning more about it from cosmological observations than we're able to do in the lab," Dr. Turok said.

The emphasis on new approaches is in keeping with the current trend in theoretical physics. For the past five years, those who study the fundamental laws of nature have been stymied by an absence of new information from the world's most powerful particle accelerator, the Large Hadron Collider.

In 2012, researchers there reported the discovery of the Higgs boson, a long-predicted particle that completes the current picture of matter and energy. However, none of the particles or phenomena that were expected to turn up alongside the Higgs to point the way to a deeper theory have so far materialized.

The roadblock now has theorists looking upward to what Dr. Turok calls "the giant collider in the sky," where new measurements of cosmic phenomena, including the recent detection of gravitational waves, promise to yield hints about the nature of the universe.

Bryan Gaensler, director of the University of Toronto's Dunlap Institute for Astronomy and Astrophysics, which is participating in the new centre at Perimeter, said that the torrents of data coming from current observations of the distant universe were generating renewed excitement but also a need for researchers who know what to do with the flood of information.

"We're really trying to create a new type of scientist with skills at the intersection of measurement, theory and data science," he said.

Dr. Turok, who is due to end his tenure as director of Perimeter in the coming months, will take up leadership of the new centre, maintaining his connection to the institute and to Canada, where he arrived from Cambridge University in 2008 as part of a "personal experiment" in fostering new ways of doing science.

The fellowships are all named after famous cosmologists who shaped the field during the latter half of the 20th century, including Cambridge University's Stephen Hawking, the late Russian physicist Yakov Zel'dovich and Canadian-American researcher James Peebles, a professor emeritus at Princeton University.

Dr. Peebles, who was on hand for the announcement, said that compared with when he was a student in Manitoba decades ago, the presence of the Perimeter Institute and other participants in the centre represented a big change in Canada's ability to attract and retain top talent from around the world in theoretical physics and cosmology.

Asked what burning question about the universe he would most wish to have answered, Dr. Peebles, who is 82, said, "I think I would be disappointed if I were told."

Dr. Peebles added, "The excitement lies in the exploration of the world around us. Let the universe show us what it is." 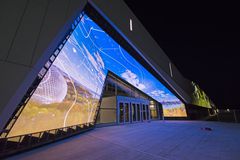 Sifting through the sounds of space with CHIME
September 7, 2017 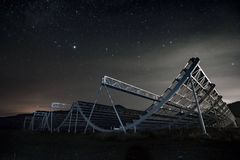 Canadians among researchers to find earliest evidence of winemaking in the world
November 13, 2017 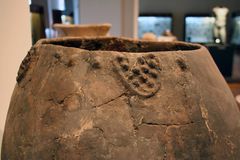