When he was growing up in Cork, Ireland, Kevin Costello used to rummage through his father's back issues of Scientific American, becoming a devoted fan of the magazine's recreational math column.

"I suppose the beauty of abstract mathematics really caught me," said Dr. Costello, describing the passion that led him first to a doctorate at Cambridge University in Britain and then an academic career in the United States.

Now, aided by a $4-million private donation, Dr. Costello is bringing his reputation for mathematical brilliance to Canada as the latest in a series of high-profile hires by the Perimeter Institute for Theoretical Physics in Waterloo, Ont.

The choice is a strategic shift and a gamble for the 12-year-old institute, which is in a global tug-of-war for talent and looking to grow its profile as a centre for high-level thinking on some of the deepest questions in the universe.

Although math is the working language of physics and equations cram every available blackboard at Perimeter, Dr. Costello's hiring, to be announced Saturday, will mark the first time the institute has sought a pure mathematician for its faculty. At a time of growing anxiety over math education in Ontario, the move shows that even the province's most sophisticated research centre feels it has to step up its math game to be a world leader.

"There's something about the situation in physics today which makes it especially important to bring in high-powered mathematics," said Neil Turok, the institute's director.

The announcement also marks a turn for the Krembil Foundation, a Toronto-based philanthropic organization that, together with matching funding from Perimeter, will underwrite Dr. Costello and Davide Gaiotto, an Italian-born theorist who arrived at the institute last year. Until now the foundation has directed its giving toward medical research.

"The idea of supporting something in Canada that has the ability to be world class and move a particular discipline forward was very attractive to us," said Mark Krembil, who runs the foundation started by his father, Robert Krembil, a former chief executive of Trimark Financial Corp.

Calling the two researchers a "brain gain" for Canada, the younger Mr. Krembil added that he and his father, who was a math major in university, became increasingly enthusiastic about supporting Perimeter after meeting with Dr. Turok and renowned physicist Stephen Hawking. The donation will support Drs. Costello and Gaiotto for a five-year stint at the institute, which includes funding for students and post-doctoral researchers and associated costs.

"That's remarkable if you think of dollar for brain power," said Mr. Krembil. In comparison, experimental or medical researchers generally require more financial resources, because of the need to equip and operate their research laboratories.

But while theorists are less expensive, it's also harder to know when or if their work will bear fruit. Drs. Costello and Gaiotto, both in their mid-thirties, have already made key contributions to theoretical physics, making them worth the risk, Dr. Turok said.

"I think these are extremely good choices," said Maxim Kontsevich, a mathematician at the Institute of Advanced Scientific Studies in Paris and a winner of the $3-million Fundamental Physics Prize, the world's most lucrative science award. Dr. Kontsevich said Dr. Costello, who is currently a faculty member at Northwestern University in Chicago, "learned the vocabulary" of physics and as a mathematician has managed to bridge the divide that separates the two disciplines. This has allowed him to make discoveries in a branch of physics known as quantum field theory that others had previously overlooked.

"It came as a big surprise to the physics community," Dr. Kontsevich said.

Dr. Costello heads to Perimeter at a time of tumult in theoretical physics. While the recently discovered Higgs boson and a new map of the early universe provided by the Planck satellite are in general agreement with theoretical claims made decades ago, they offer frustratingly few clues about how physicists should proceed in their search for more sweeping and powerful insights into nature.

Dr. Costello said that a more mathematically driven approach could lead the way forward, particularly as experiments that test theoretical ideas become ever more expensive and harder to achieve.

He added that he was attracted to the open environment at Perimeter that allows its researchers to discuss and creatively attack complex problems across many branches of theory. The formula, which has proved enticing for young talent eager to be where the action is, seems to be getting results. In a recent ranking of scientific institutions by researchers with the Max Planck Society in Germany, Perimeter appears second only to Princeton's Institute for Advanced Study in the domain of theoretical physics.

A brainchild of BlackBerry (originally Research In Motion) co-founder Mike Lazaridis – who donated a substantial portion of his personal wealth to create it – Perimeter was an audacious newcomer on the physics scene when it opened in 2001. Although it is financially independent of BlackBerry, Dr. Turok said concerns about the fate of the high-tech company would sometimes come up in the past when he was trying to recruit researchers to Perimeter. That has changed as the institute's stature has grown.

"Five years ago, if what has happened to [BlackBerry] had happened then, it would have had a much worse effect on Perimeter," Dr. Turok said. "But I think Perimeter has developed enough substance on its own. … It's no longer an issue." 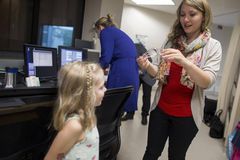 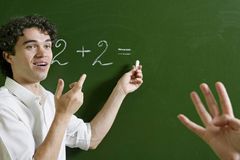 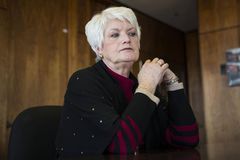 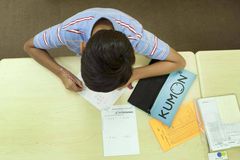