It took Earls three years of planning, and dozens of meetings with suppliers and animal welfare experts before deciding to move to Certified Humane meat, and away from Canadian beef. And it took just seven days of angry backlash for the company to decide to take it all back.

The Vancouver-based restaurant chain Earls Restaurants Ltd. – whose announcement last week to stop using Alberta beef ignited furor from local farmers – reversed its decision on Wednesday, calling it "a mistake." The company also abandoned its pledge to use only Certified Humane meat (a U.S.-based program), saying it would work to find Canadian cattle farmers who undergo similar audits as those in the Certified Humane program and whose standards are "equivalent."

The Earls saga highlights the potential minefield food companies face in catering to a consumer demand for "ethical" eating.

"We made a mistake when we moved away from Canadian beef," Earls president Mo Jessa said in an interview. "Going to the U.S. was the easy way out. It was just an easy solution, and nothing good comes out of taking the easy way out."

Last week, the restaurant company said its decision to go with a U.S. supplier was because it couldn't get enough of the Certified Humane beef from Canadian suppliers it needed for the steaks and burgers it serves in its 66 restaurants.

But on Wednesday, Mr. Jessa said this was the case only because Earls had originally been trying to source all of its beef from a single supplier. The company will now work with multiple Canadian suppliers in order to get the beef its restaurants need.

Mr. Jessa also acknowledged that the company could have avoided a lot of grief by including all of its stakeholders – including the farmers themselves, and not just the suppliers and packers – in its original discussions.

Immediately after the Earls announcement last Wednesday, social media lit up with tweets urging people to boycott the chain. Many of the tweets came from Alberta farmers, who took the decision as an indictment of their production practices. Other critics argued that some Certified Humane standards are equivalent to ones many Canadian farmers already follow. Even Alberta Premier Rachel Notley stepped into the fray to defend Alberta farmers.

The controversy laid bare the quagmire food companies face in trying to move toward more humane products. In the case of animal welfare, there is no single, uniform system in this country for ensuring certain standards are met. And in some cases, the guidelines that do exist are essentially self-regulated.

This leaves food companies who want to display a commitment to humane standards with having to choose from a patchwork of certification programs, many of which overlap.

Bob Lowe, chairman of the Alberta Beef Producers, was one of the first to slam Earls for its decision last week. But on Wednesday, he said that he's satisfied with the company's new stance, and that the experience has been "eye-opening" for him as well.

He said that the beef industry has learned from the Earls fiasco that they need to be more open with communicating to the public what standards are already being followed. "We've probably slipped on the social licence," he said. "We assumed too much."

He also said that cattle farmers are in the process of creating a verification process that includes animal welfare. Still, he added, unlike supply-managed industries like egg or chicken production, cattle farmers are much more loosely organized. "We're individuals," he said. "And we will do whatever we see best, individually." 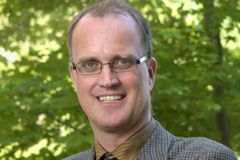 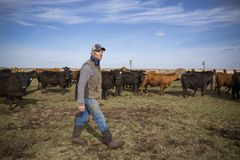