Come along down 9th Avenue for a look.

Over there is the army surplus store with the anti-aircraft gun in the backyard. … Here’s where you can buy dresses made entirely of duct tape. … There’s the barber shop right next door to the gun shop. … That’s the bar where the annual drag queen night sells out six months in advance. … Over there’s where you can shop for shaving supplies and razor-sharp axes and hunting knives … and that, well, that is the spot where the hookers and the drug dealers used to do their business until one simple, ingenious idea drove them off to another part of town. 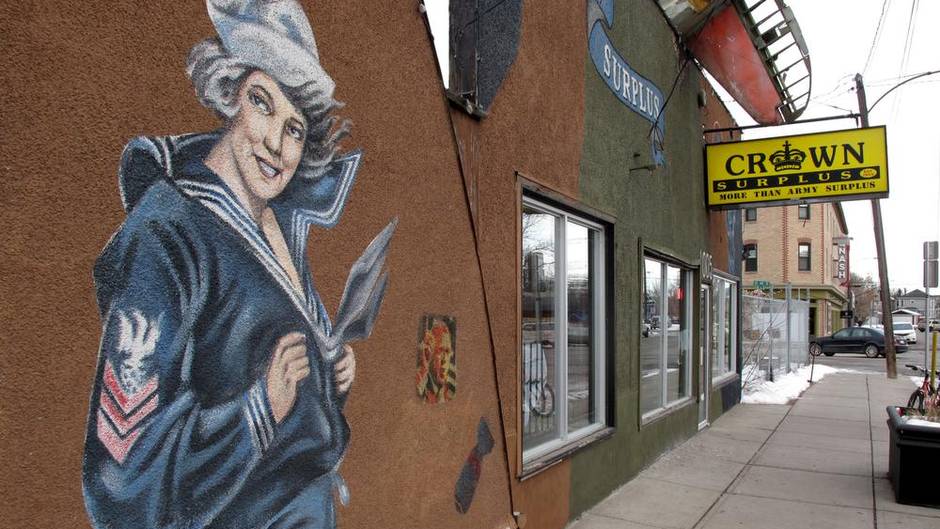 The surplus store. (Photos by Roy MacGregor/The Globe and Mail)

Welcome, by the way, to Inglewood – Canada’s Greatest Neighbourhood.

That’s what the Canadian Institute of Planners says, and they are the experts. The institute held its annual “great places in Canada” competition in the fall and culled the list to 10 special communities, including such famous neighbourhoods as St. Boniface in Winnipeg and the Quartier Petit Champlain in Quebec City. When the public voted, London’s Old East Village won the people’s choice, but the expert panel of judges went with Calgary’s Inglewood.

The judges liked the affordable housing – this is Calgary, remember – as well as great community facilities, lots of local culture, business variety and range of transportation options.

Bill Bakelaar certainly thinks so. The Ontario native moved here eight years ago and is now president of the Inglewood community association. 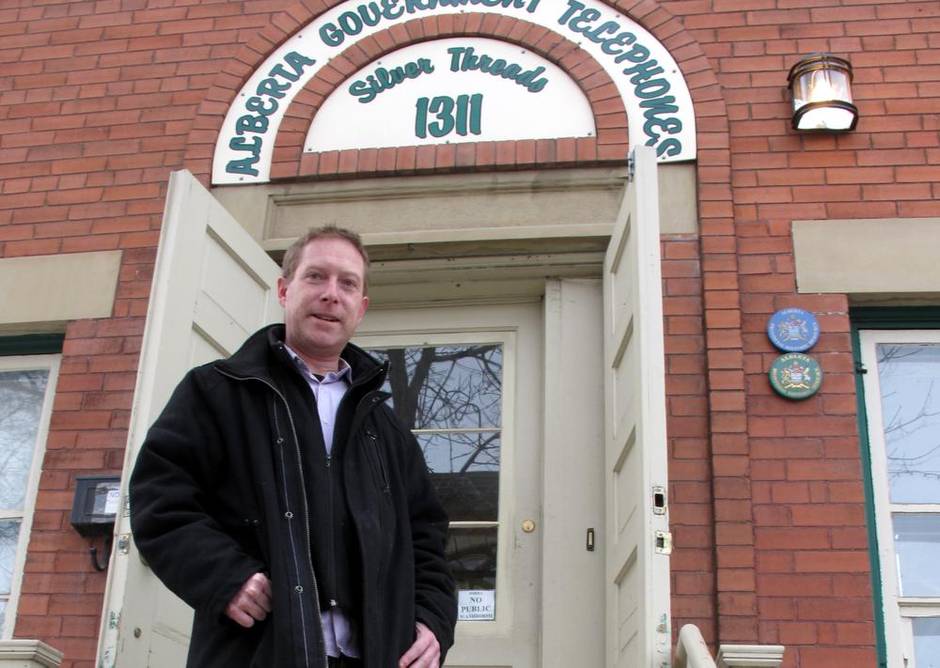 “I grew up in the country,” the telecommunications expert says. “One afternoon walking around Inglewood and I was sold.”

On a walking tour held while Calgary was enjoying a January chinook, Mr. Bakelaar points out the delights of his ’hood, from the Quonset-hut blues bar to the bird sanctuary and fish hatchery.

Inglewood is an inner-city gem cradled by the Elbow and Bow rivers and was hit by the floods of 2013, but not as hard as some areas. “If the water had gone up another six inches,” Mr. Bakelaar says, “we would have had real problems.”

Inglewood was once known for the railways (still there), breweries (some buildings survive) and working-class housing. It was slated to be paved over a half century ago for a mass transit route in and out of the city, but community activists fought the plan and eventually won. One of those early activists was the late Jack Long, an architect who later served on council and left behind a simple guideline for Inglewood that its residents embrace to this day:

“I totally agree with that,” Mr. Bakelaar says. “This used to be a really rough neighbourhood. But it’s part of who we are. It’s our culture. Sterility’s not natural.”

Much of the “sleaze” is closer to local charm. It is not by accident that the U.S. television miniseries Fargo comes here to shoot scenes. The old hotel, The Nash, still has its turn-of-the-last-century livery. A sign for Suzie Q’s offers “sophisticated fun” with beads and buttons. 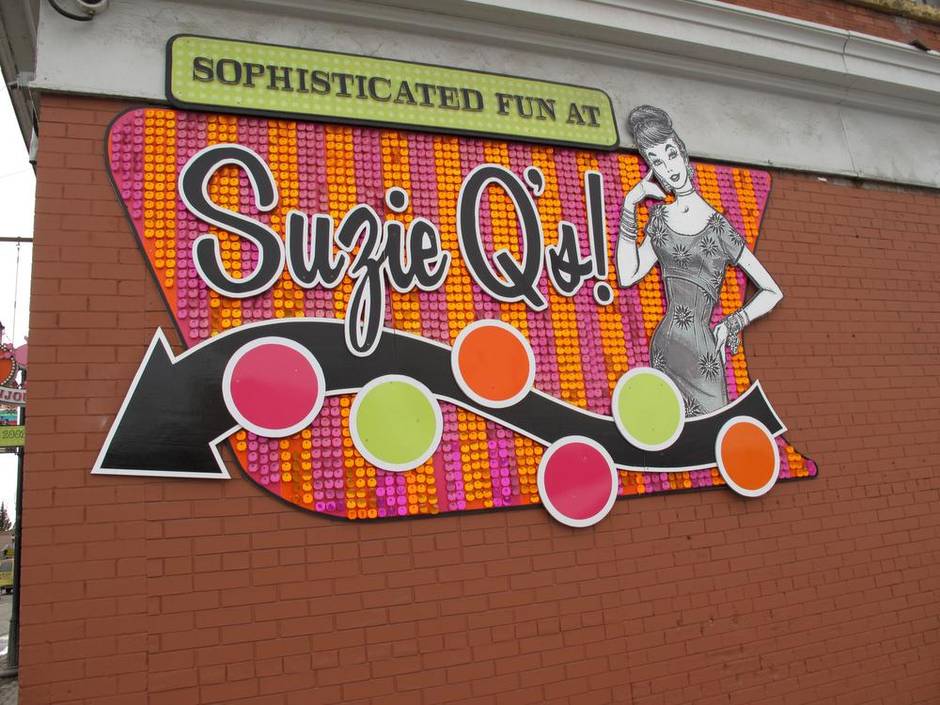 There are good restaurants such as The Nash and Spalumbo’s, great meeting places such as Gravity Café, and an eclectic variety of small businesses that run from antiques to chocolates.

New businesses start up looking eerily like old businesses. Kent of Inglewood calls itself “Calgary’s Shave Shop,” and in a space that includes stuffed buffalo and deer trophies, sells everything from cocktail mixers to a wall display of axes and adzes. 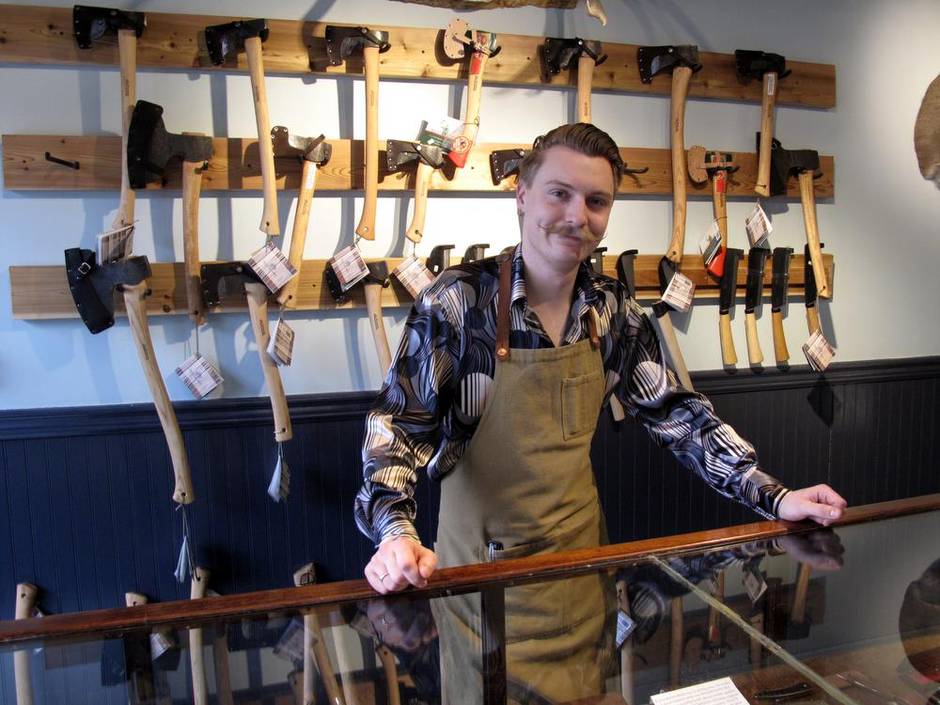 Still, times change. The Handy Liquor Store – known as the “Not-So-Handy Liquor Store” to locals who could never figure out its hours – is being transformed into the upscale “Inglewood Oak and Vine.” And the prostitutes and drug dealers who used to hang around the corners are gone ever since the community association came up with an ingenious scheme to make them quit Inglewood voluntarily.

“Simple,” Mr. Bakelaar says. “We got rid of the phone booths. We realized the only people using them were dealers and hookers. So we told the phone company to take ’em out.”

They preserved the red-brick building that housed the original Calgary telephone exchange and changed it into a community centre for seniors called Silver Threads. They are currently trying to save some of the old brewery buildings in an area that others would like to “re-purpose” as a parking lot. They prefer bicycles in Inglewood but accept the reality that Calgary is a “car culture.” Inglewood has a small fleet of Car2Go Smart cars, where members have access to vehicles around the city.

They win some and lose some in Inglewood. They kept out the Tim Hortons drive-through, but allowed a Starbucks – “because they paid attention to us,” Mr. Bakelaar says. The Starbucks has no drive-through and is, relatively speaking, almost discreet.

“What makes a good neighbourhood is the people. You can’t have a neighbourhood where no one knows each other. That’s just a ‘people hive.’

“Where people from all walks of life interact with each other – that’s a neighbourhood.”

Success, however, can be a complex matter. Inglewood’s victory in the planners’ contest is a bit of a two-edged sword in that more people now want to move into the neighbourhood. Mr. Bakelaar points to a “shack” that sits on the street on which he lives. “They’re asking $389,000 for that,” he says. “And we know whoever buys it will just knock it down and build some ‘McMansion.’

“Our great fear here is that we get gentrified.”

But don’t expect it to happen soon.