The West made a mistake deposing the Taliban regime in the aftermath of 9/11 and should have simply trained its guns on al-Qaeda, says the Canadian commander who led NATO into southern Afghanistan a decade ago.

Retired major-general Dave Fraser commanded both the Canadian task force and the military alliance's expanded mission to extend the authority of former Afghan president Hamid Karzai beyond the capital of Kabul in 2006.

At the time, it was just over four-and-a-half years into the Afghan war and three years into the larger, bloodier struggle in Iraq after the toppling of Saddam Hussein.

"We thought, naively, that regime change was the solution to the problem," Fraser told The Canadian Press in an interview to mark the 10th anniversary of the Canadian combat deployment into Kandahar.

No one, back then, seemed to appreciate how profound the power vacuum was and that the West had "created for ourselves a 30- or 40-year problem" not only in Afghanistan, he said, but throughout the Middle East.

"Looking backwards, I would have actually left the Taliban government in power and said (to them): 'Stay out of the way. We're here to find al-Qaeda. And as long as you stay out of the way, the special forces will go in there, they will do what is necessary to get al-Qaeda and we will leave,"' Fraser said.

"Had we done that, we wouldn't be where we are today."

The comments are unexpected and surprising, not least because they come from a soldier whose troops were the first to face a Taliban resurgence in southern Afghanistan, someone who championed the combat mission's aims and articulated the goal of bringing stability to the ungoverned region.

The reflections come as the Afghan government is expected to resume face-to-face talks with Taliban leaders next week in Pakistan. The negotiations are aimed at reviving a peace process that dissolved last summer after it was revealed that Mullah Omar, the movement's reclusive leader, died a few years ago — an event kept secret by the insurgent group.

Defence Minister Harjit Sajjan, who worked for Fraser in Afghanistan as a liaison officer and intelligence analyst, was reluctant to comment Wednesday on the remarks.

Since being appointed to cabinet, Sajjan has been an outspoken advocate for a more thoughtful use of military force — one that better accounts for consequences. He's even argued that in reshaping the strategy for the war against ISIL, he wanted to avoid the "mistakes" of Afghanistan.

Steve Saideman, an international affairs professor at Carleton University, said he only agrees with part of Fraser's argument.

"I do think there's something to this notion that we do regime change very, very badly and we cannot create legitimate governments from nothing," said Saideman, the author of the new book "Adapting in the Dust: Lessons Learned from Canada's War in Afghanistan."

Fraser argues that the Taliban did not have a global agenda, but that still raises the issue of human rights, said Saideman.

"The Taliban were an awful, awful regime," he said. "Even though things are not great, (the Afghans) are better off than they were under the Taliban; under most measures like infant mortality, economy and everything else."

But Fraser said the West has only repeated the same mistakes over the last decade.

"We repeated it in Iraq," he said. "In Libya, we didn't put any ground troops in and we created an even bigger mess because there's no government whatsoever in Libya. We went back into Iraq and now for the very first time the international community is beginning to appreciate that regime change is not the solution — hence why we're not pushing to do a regime change in Syria."

The West has insisted that Syrian president Bashar Assad should go, but it has not pushed him out of power — one of the factors in that country's long, bloody civil war. 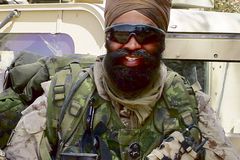