Canada's western premiers say bullying is a serious issue and all provinces and territories need to find ways to tackle the new dimension that the Internet brings to the torment.

Following a brief meeting of Canada's western leaders in Winnipeg, Manitoba Premier Greg Selinger said they are putting bullying on the agenda when the country's premiers meet in Ontario next month.

"There are real serious incidents occurring out there, including through the social media … with very negative and tragic consequences," Mr. Selinger said Monday.

"We think there is value in us all working together to identify the very best ways we can protect Canadians, wherever they live in the country, and ensure they have environments where they can live and work, where they have a sense of safety and can be who they are and respected for who they are."

Bullying has been thrust into the spotlight following the deaths of two teenage girls in Nova Scotia and British Columbia.

Amanda Todd, a B.C. girl who was tormented online after being sexually exploited, committed suicide last year after posting a heartbreaking video about her treatment at the hands of relentless bullies.

Earlier this year, Halifax teen Rehtaeh Parsons hanged herself and died when she was taken off life support. Her family alleges she was bullied relentlessly after a digital photo of her being sexually assaulted was passed around her school.

The federal government has committed to look at new criminal laws that could include a ban on distributing intimate images without consent. Mr. Selinger suggested there is more work to be done at the provincial level.

"Initiatives on anti-bullying did start within provincial jurisdictions across the country. We're pleased to see the federal government is now showing some interest in that as well," the host premier said.

"The kind of conversation we had today gave us greater insight into how we can do a better job in creating safe environments, safe neighbourhoods, safe schools and respect for all the peoples that live within our provinces."

Different jurisdictions are tackling bullies in various ways. Manitoba is trying to pass a law which would require instances of bullying to be reported to a principal. It would also force schools to allow gay-straight alliances. But the proposed legislation wouldn't require principals to mete out specific penalties or report bullies to parents or authorities.

In British Columbia, the government spent $4-million setting up a website that allows students to anonymously report bullying. The website, in turn, passes on details to emergency responders, if necessary, and school authorities. About 15,000 educators are also being trained on how to deal with bullying.

"We recognize that it's not just the high-profile incidents that are the problem," B.C. Premier Christy Clark said. "There are thousands of children that are bullied every day. It doesn't make the news, but it changes their lives forever."

Saskatchewan Premier Brad Wall said there is a lot to learn from provinces in the East as well. Nova Scotia is close to passing a cyber-safety act which would create a special investigative unit to pursue cyberbullies. It could strip people of their phones, computers and impose significant fines for perpetrators.

That's why bullying should be near the top of the agenda when all the premiers meet in Niagara-on-the-Lake July, Mr. Wall said.

The premiers also touched on immigration, infrastructure and federal disaster assistance in their three-hour meeting.

The West would like to see more emphasis from the federal government on immigration, skills training and improving the visa process to encourage people to settle in Western Canada, Mr. Selinger said.

While the premiers discussed energy issues, they said the proposed Northern Gateway pipeline that would carry Alberta oil sands bitumen through B.C. to West Coast tankers did not come up. The project put forward by Calgary-based Enbridge Inc. has been a contentious issue between the two provinces.

Alberta Premier Alison Redford said there was some discussion instead about a pipeline going in the opposite direction.

"We think that moving resources West to East is important," she said without going into details. "There is work to be done, no doubt, and of course there will again be an independent process that will allow for final approval of this. But I think that there is a great deal of momentum around this."

TransCanada Corp. is considering whether to convert an existing 3,000-kilometre natural gas pipeline to carry crude oil into Quebec, with the possibility of a 1,400-kilometre extension to Saint John, N.B.

How three suicides in three months prompted one school board to find a solution to bullying
June 11, 2013 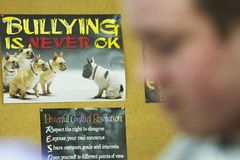 new
Attitudes to bullying getting better, one dad says, but more needs to be done
June 3, 2013 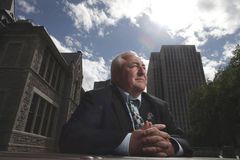 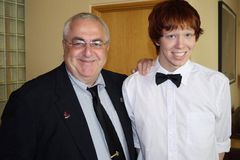 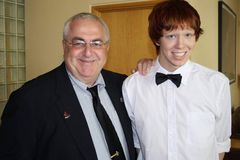