As this year's U.S. presidential election demonstrates, no matter how hard political leaders campaign, they rarely command universal support. Honeybees do it differently. To maintain social order, the queen bee is the undisputed centre of attention while workers subordinate their individual interests, including their ability to reproduce, in service to the hive.

Now researchers at Western University in London, Ont., say they have uncovered a clue to the genetic basis of the honeybee's extraordinary social organization, which may have developed from genes shared with distantly related insects that are not social. The finding offers a new window on bee evolution and reveals a potentially useful trigger that may one day be used to coax other insects to shut down their reproduction just as worker bees do.

Honeybees have long fascinated scientists who study the biological basis of social behaviour, because the division of roles within a bee colony can only emerge through an indirect type of evolution in which individuals dispense with their own reproductive fitness in order to enhance the ability of a related individual to produce more young.

"Evolutionary theory implies the existence of specific genes in honeybees for this form of altruism, but no one has ever found those genes before," said Graham Thompson, the senior scientist on the study, which was published on Oct. 27 in the open access journal Scientific Reports.

One obstacle is that the honeybee genome is not understood well enough to test which genes are related to which function. Together with Alison Camiletti, then a Ph.D. student in his lab, Dr. Thompson decided to see if the fruit fly, a completely different insect that has been exhaustively studied by geneticists, might offer some clues.

They first needed to find a way to shut down fruit fly reproduction. In honeybees, the queen bee produces a pheromone that causes worker bees, who are all female, to turn off their ovaries and become sterile. When a colleague casually suggested exposing fruit flies to the same pheromone, Dr. Thompson was skeptical. After all, fruit flies and bees are separated by roughly 100 million years of evolution along different insect lineages.

Dr. Camiletti decided to try it anyway, and to the team's surprise, the pheromone worked. When exposed to it, female fruit flies lost their ability to lay eggs. She then proceeded to track down which genes were behind the fruit flies' response to the pheromone signal and found that the same genes are also present in honeybees.

Dr. Thompson is now working on ways to silence those genes in honeybees. He predicts the result will affect workers' social behaviour in the presence of a queen.

Amro Zayed, an expert in bee genetics at York University who was not involved in the Western study, called the work "a good first step because it suggests that the genetic machinery that ties pheromone perception and reproductive status is ancient."

However, he cautioned that there are several hundred genes in honeybees that are not shared with fruit flies, likely including many that play a role in bee behaviour.

Dr. Thompson agreed. "Bees are bees and flies are flies," he said. "But amazingly, they do share some core hardware and the building blocks are comparable between the two."

As to what that may say about the core hardware of Republicans and Democrats, Dr. Thompson would not venture to guess. But the conditions that led some insects, such as bees and ants, to form highly organized societies may broadly parallel the various evolutionary pressures that have shaped how humans interact with one another, including tradeoffs between individual and social well-being. 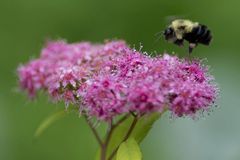 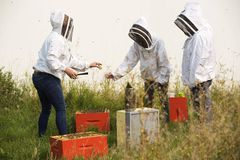 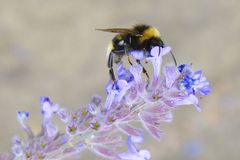