When it comes to understanding the hazards associated with the shale gas boom in Pennsylvania, Bernard Goldstein doesn't mince words.

"We're racing ahead without seriously thinking through how best to do this," said Dr. Goldstein, a professor of Environmental and Public Health at the University of Pittsburgh and one of the authors of a new report on the environmental impacts of shale gas extraction in Canada.

Dr. Goldstein's chief worry is that the pace of the industry has left environmental and public-health experts in this state scurrying to keep up. And those experts are finding themselves chronically short of the kind of data that would allow them to say with confidence what effects the industry may or may not be having.

The U.S. situation offers both a caution and a conundrum for Canada. Despite the suite of concerns that surround shale gas extraction and how widespread it has become, there are many questions about its impacts that remain surprisingly hard to answer. That means industry advocates can claim the practice has never been shown to cause serious environmental problems while opponents can fan public fears with anecdotal evidence and preliminary studies that suggest grave dangers.

"Unfortunately, the science is at such an immature stage you've got widely divergent views," said panel chair John Cherry of Guelph University.

The information gap is evident in the report's key findings:

By design, the report does not make specific recommendations but rather identifies where the most significant uncertainties about environmental impacts exist. That means it will likely be viewed as a Roschach test: Some will point to unknown risks as a reason to stop shale gas development while others will perceive a pathway towards workable regulations for a booming sector.

"It depends on where you're coming from," said Andrew Miall, a professor of geology at the University of Toronto, who was not involved in the report. He noted that opposition to shale gas development is often motivated by a broader opposition to fossil fuels or, in some cases, by First Nations treaty rights.

"There's a whole set of issues there that really have nothing to do with the specifics of the industry."

The report underscores an important difference between shale gas development in Canada and the United States. In Canada, property owners do not own mineral rights. That means those who will potentially experience the greatest risks from shale gas development will have less of a share of the benefits relative to their American counterparts and they may consequently want more information.

Within Canada, comfort levels with the oil and gas industry vary widely by region, but even in Western Canada, where shale gas development has proceeded under the umbrella of existing regulations, changes may be needed to encompass ways in which hydraulic fracturing is different from conventional drilling.

For example, the cement casings that surround wells and keep natural gas isolated from the environment at shallow depths are subject to higher pressures and potentially more wear and tear in hydraulic fracturing.

"We need to make sure that these wells are holding up the way we think they're holding up," said Richard Chalaturnyk, a co-author who is a professor of geotechnical engineering at the University of Alberta.

Climate change is one topic over which the panel was particularly challenged to reach consensus. Because natural gas burns more cleanly and releases less carbon dioxide relative to coal, it is often touted as a fuel that may help to slow the pace of global warming before alternatives kick in. But research is currently divided over how much the methane that leaks from natural gas wells detracts from that advantage, since methane, the main constituent of natural gas, also contributes to climate change. Some argue that the drop in fuel prices with the rise of shale gas now makes renewables less attractive.

"In any scenario you look at, natural gas is going to play a role as a transition fuel. The question is how much do we lock ourselves in to dependence on natural gas going forward," said Josha MacNab, British Columbia director for the Pembina Institute, which advocates for a shift away from fossil fuels.

Dr. Cherry said that the extent of research needed to improve the knowledge gap would require a "crash course" program much larger than any that are currently under way in Canada.

Meanwhile, a long-awaited study of groundwater impacts by the U.S. Environmental Protection Agency is due to be released this year. Epidemiological studies are also in motion, including one in Pennsylvania in which the health records of thousands of people who live in areas where there is drilling for shale gas are compared with those of people who live elsewhere.

But such data is coming well after the shale gas industry has become a fact of life in the state, said Dr. Goldstein.

He said the report offers a chance to establish better-informed regulations in Canada.

"I just wish we'd had the opportunity for such a measured approach in Pennsylvania," he said. 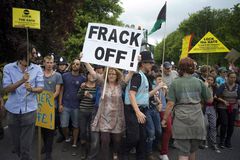 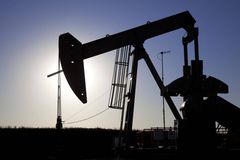 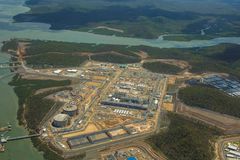 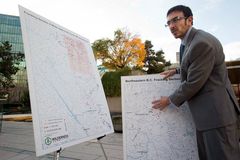