Canada appears to have used a loophole — a rather large one — to justify to the World Health Organization its decision to stop issuing visas to residents and nationals of Ebola-affected countries.

The global health agency says Canada's new policy contravenes the spirit if not the letter of the International Health Regulations, but there is nothing the WHO can do about it.

International health law experts have said Canada's policy, announced Oct. 31, is a violation of the International Health Regulations, known as the IHR.

That treaty stipulates that in a global public health emergency, countries shouldn't take actions that impede international trade or travel beyond what the World Health Organization has recommended. And if they do, the WHO can ask them for the scientific evidence underpinning the move.

For months the global health agency has been urging countries not to restrict travel to and from Guinea, Sierra Leone and Liberia, saying the combination of border closures and the sharp decline in flights to those countries is hindering efforts to contain the epidemic.

But the WHO's official written guidance says there should be "no general ban on international travel or trade."

When Canada announced its new policy, the WHO asked for an explanation. A teleconference between Canadian and WHO officials took place Thursday, at which point the Canadians insisted the new restrictions do not constitute a general ban.

The visa policy does not apply to Canadians. So travel between West Africa and Canada by health-care workers who are volunteering to help in the Ebola effort is not affected. Likewise it does not apply to holders of visas that have already been issued but not yet used.

A comment on the meeting sent by email on Friday from Citizenship and Immigration Canada appeared to suggest the WHO was fine with the Canadian visa restrictions.

"The WHO is satisfied that these measures do not represent a general travel ban and will not impact on the movement of Canadians who wish to participate in the humanitarian response in West Africa," it read.

But on Saturday, a senior WHO official said that while the agency must concede the Canadian restrictions don't represent a general ban on travel, the guidance should not be interpreted as a green light to impose partial bans.

"They are correct if they refer to the specific recommendations and say that 'There's not a general travel ban,"' said Dr. Isabelle Nuttall, who is head of the WHO's department of global capacities alert and response, the division responsible for overseeing the implementation of the International Health Regulations.

"Can't argue with that. But in keeping with the spirit of IHR, this goes beyond what IHR says. The spirit of IHR is that the measures need to be commensurate and there shouldn't be any restrictions in international travel if not recommended by an emergency committee."

During global public health emergencies, the WHO's director general is advised by an international group of experts called an emergency committee. The Ebola emergency committee drafted the recommendations that WHO Director General Margaret Chan has adopted.

In an email Saturday, the department of citizenship and immigration said Minister Chris Alexander has discussed Canada's policy with Chan and told her his department is assessing visas from the affected countries on a case-by-case basis. It was not immediately clear if that represents a softening of the earlier announced policy.

The emailed statement said the Canadian government respect the WHO's guidance, but insisted governments have a responsibility to protect the health, safety and security of their citizens.

Nuttall said the emergency committee may want to look at the language of the recommendations when it next meets. A date for its next meeting hasn't been set.

"We have to recognize that there seems to be a loophole here," Nuttall said in an interview from Geneva, adding she could not prejudge what the expert panel will do.

The recommendations make no reference to partial restrictions. The only limits on travel that they do explicitly recommend apply to people infected with Ebola or people who have had unprotected contact with an Ebola case. Those people should not travel internationally unless they are being medevaced, the guidance says.

It also states clearly that this travel prohibition does not apply to health-care workers who wore protective garb while treating Ebola cases.

The International Health Regulations are designed to strengthen global health security by requiring countries with infectious disease outbreaks that could spread internationally to report them to the WHO. In return, other countries agree not to penalize affected countries by imposing trade or travel restrictions beyond what the WHO recommends.

The treaty was revised in the mid-2000s, after the 2003 SARS outbreak. Canada, which suffered significant economic losses because of Toronto's SARS outbreak, played an active role in the revision effort — a fact that is not lost on critics of Canada's Ebola visa restrictions.

International health law expert David Fidler was scathing Friday in his assessment of Canada's position that because it is allowing Canadian medical workers to return home, it hasn't contravened the IHR.

"The IHR is not just concerned about Canadians travelling to and from West Africa," said Fidler, who teaches at Indiana University.

"The WHO has been critical of the type of measures Canada has put in place because it stigmatizes, without justification, travellers from these West African countries."

Nuttall expressed concern that other countries may use Canada's approach as a model, or may go further still.

"We will continue to state loudly that WHO is against that, that it shouldn't happen, but that there's a real problem because we have no way to stop that, except trying to use our influence and convincing power."

The International Health Regulations have no teeth. Countries that do not honour the treaty can be named and asked to explain themselves, but there are no sanctions that the WHO can levy.

"The IHR was never conceived with the mechanism of sanctions. There is no such mechanism. And we see that when we're really in a situation that shouldn't happen, there are no real teeth in the IHR to make a change," Nuttall said.

Editor's Note: An earlier version of this story wrongly referred to the International Health Regulations as a non-binding treaty. This version has been corrected 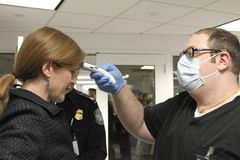 UN’s Ebola chief hopeful outbreak can be halted in 2015 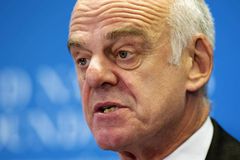 Hardest-hit Ebola countries to get $450-million to revive economies 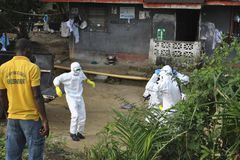 WHO elects next Africa chief amid Ebola outbreak 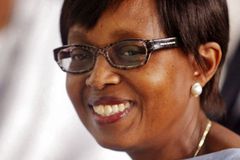 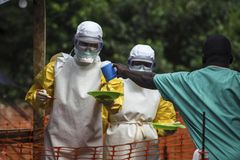