The elusive Canadian identity is often defined by what it isn't, a spirit of absence that may explain what's gone missing from the story of our language.

Canada doesn't have its own dictionary.

Ten years ago on Sunday, what turned out to be the final edition of the Canadian Oxford Dictionary was officially published to great acclaim and not a little pride – the kind of peculiar, parochial Canadian pride that celebrates the lexical enshrinement of the hoserish phrase May Two-Four ("noun Cdn informal Victoria Day") and finds it a small betrayal to ask for the restroom or the loo.

Four years later, the research unit that monitored Canadian English was shut down, and the task of watching over the country's linguistic quirks was reassigned to Oxford's lexicographers in the United States and Britain – foreign places where a request for the washroom brings a blank stare if not a hint of condescending scorn.

Could there be a better way of putting Canadian English in its place, humbling its aspirations to independence from the superpowers that set the pace for a globalized language and its bathroom breaks?

"We're going back now from being a country that establishes its own norms to being one that is almost dictated to from outside," says Stefan Dollinger, professor of linguistics at University of British Columbia and editor of the forthcoming Dictionary of Canadianisms on Historical Principles. "Frankly, I don't believe they'll do a thorough job of revising the Canadian dictionary because that's not really their major focus."

The Canadian Oxford was the last of the country's research-driven print dictionaries, definitive volumes intended for a broad national readership that yearned for guidance, enlightenment and occasional delight. Its disappearance left a vacuum that has proved hard to fill.

The text of the 2004 edition remains available, and is still consulted by those who feel its coverage of Canadian English is as timeless as the vocabulary and speech it describes – colour is still colour after all these years, eh?

Never mind that, as Dr. Dollinger slyly points out, the "–our" ending we use to distinguish ourselves from our American neighbours/neighbors only became the Canadian standard at the newsprint level when The Globe and Mail overturned its century-old Americanized style in 1990.

Many of those who study the vagaries of Canadian English don't believe the stratified 2004 edition can keep pace with the fluctuations of language and the discoveries made by researchers searching for the distinctive markers of Canadian style.

"Language is always changing and that's the business I'm in," says Sali Tagliamonte, a linguistics professor at University of Toronto who has found, contrary to received wisdom, that the automatic, patriotic "eh" is disappearing among younger Canadians. "And if you don't have these changes being documented in a dictionary, and you don't have someone taking care of the lexicon of Canadian English, that's a problem. These little things give us an inkling of who we are, how we fit in, and where we come from."

Some countries care more about their lexical identity: Think of the Académie française, France's ultimate authority on vocabulary, grammar and usage. Canada's history as a former British colony with a strong French presence in the shadow of a culturally dominant American neighbour has made it difficult to argue for a distinct brand of Canadian English, and perhaps encouraged a laissez-faire approach to national standards. When Heather Sangster, an editor at Strong Finish Editorial Design in Toronto, has to make a judgment call for a corporate client wondering whether it's (Oxford-preferred) pyjamas or pajamas or even PJs, her guiding rule is: "Consider your audience. You don't want style conventions to override the message."

Canadian dictionaries have traditionally focused on low-level innovations in vocabulary to distinguish our English from other people's; double-double, cube van, gas bar, bachelor apartment, garburator and stickhandle are classic indicators of Canadian Speak. But in the real world of Canadian English, a better indication of a native speaker is someone who knows about the American, British and regional variations for running shoes (sneakers, trainers, runners, Nikes) or a backpack (knapsack, book bag, rucksack) but isn't always sure which choice is true-blue Canuck. And, of course, pronounces the word "about" in a perfectly normal way that Americans mishear as "aboot."

Does it really matter? "Canadians are still going to sound Canadian even if they don't have a Canadian dictionary," says Charles Boberg, a professor of linguistics at McGill University. "The debates on Canadian English fixate on relatively superficial things like zed versus zee or how you spell colour. But in fact we mainly convey our identity to people through the pronunciation of ordinary words, which is something you learn from your peers. You say 'house' and 'south' like a good Canadian not because a teacher told you to do it or because you looked it up in a dictionary but because of the people you grew up with."

The traditional national dictionary can't handle fine details of pronunciation that are the instant markers of identity. It's also out of step with the way people approach language and its problems in a digital age. Online searches take place in a linguistic world that often transcends national boundaries, and the universal reach of modern English might make a Canadianized lexicon seem unnecessarily self-limiting. "We try to be a resource that can cover Canadian English as part of global English," says Katherine Martin, the New-York-based head of U.S. dictionaries for Oxford University Press.

Ms. Martin insists that the "specificity" of Canadian English can still be monitored and maintained in a centralized, non-Canadian office – freelance readers scour books and periodicals for her, and Oxford increasingly relies on automated filtering of online Canadian material to supply updated glimpses of our distinct national phrasing.

"We're looking at the Canadian word 'keener,'" she says. "It's such a great word. I'd like to bring it into American English." 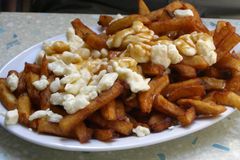 Not all Canadians were equal at First World War recruiting stations
August 9, 2014 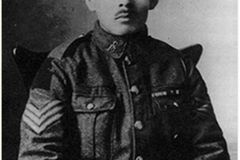 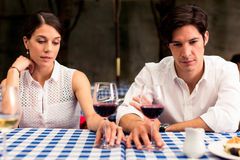