Punishable by a possible life sentence in prison, the charge of hostage-taking laid against Ali Omar Ader in the Amanda Lindhout abduction in Somalia in 2008 is the first in Canada involving an act of terrorism allegedly committed by a foreign national abroad, and reflects a move to greater extraterritorial reach in Canadian law.

The Criminal Code's general rule is that it applies only to Canada. But there is a growing number of exceptions to that rule.

"We live in a more complicated world," University of Ottawa national-security specialist Craig Forcese said in an interview. "We have more transnational crimes, so our law needs to evolve to accommodate them."

One group of exceptions includes crimes so horrific – such as war crimes or genocide – that they are of "universal jurisdiction." (Former Rwandans living in Canada have been prosecuted in connection to the Rwandan genocide.) The Criminal Code can also reach beyond borders in cases of child sex-crime "tourism" and business corruption. (Under a new law, Canadians on a sex-offender registry need to report their foreign-travel plans ahead of time, part of an attempt to cut down on sex crimes abroad.) As of 1985, hostage-taking also became an exception; if the alleged perpetrator or, as in the Lindhout case, the victim, is a Canadian, the crime can be prosecuted here. (A Canadian, Nicholas Ribic, was accused in 1999 of taking UN peacekeepers hostage in 1995 in Bosnia.)

The hostage-taking charge laid by the RCMP is defined as a terrorism offence in other, related sections of the Criminal Code that point specifically to it, Dan Brien, spokesman for the Public Prosecution Service of Canada, said in an interview. Those sections make clear that under Canadian law and pursuant to international treaties, Canada has the right to prosecute Mr. Ader.

While the RCMP have the legal right to investigate crimes abroad, the laws of the foreign state take precedence in that country, and the RCMP usually works in co-operation with foreign authorities. And they can't violate their human-rights obligations when they are abroad, the Supreme Court said in a 2007 ruling on an RCMP drug investigation in the Caribbean.

Canada can only enforce its laws at home. "Snatching someone off the streets of Rome is against international law," Prof. Forcese said.

The question of how Mr. Ader came to be in Ottawa may prove relevant.

If he was apprehended or kidnapped and flown to Canada, "I think a Canadian court would be very troubled," criminal lawyer John Norris of Toronto said in an interview. "American courts have been less troubled by that, even in domestic prosecutions. There's an infamous case where a wanted fugitive was kidnapped abroad and the courts said that's fine."

If, on the other hand, he was tricked, it would depend on the nature of the trick. "Some tricks might count as dirty tricks and a court would be reluctant to have its hands sullied. Other times, someone can be lured into a situation to their own detriment as long as they freely chose to walk into the trap."

He added: "The court would not want its reputation or the reputation of the administration of justice to be sullied by improper police or law-enforcement conduct. That's why we have rules around entrapment and the doctrine around abuse of process." He mentioned Supreme Court rulings limiting police use of the "Mr. Big" scheme for tricking suspects into a confession. "The court is recognizing the need to control law-enforcement behaviour through abuse of process." 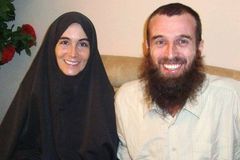 Amanda Lindhout has preached forgiveness since her kidnapping in Somalia
June 12, 2015 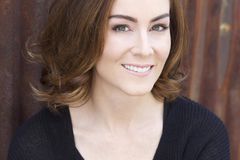