At 9 p.m. on May 6, 1986, Sharon Wood became the first North American woman to reach the peak of Mount Everest. Her team of experienced high-altitude climbers was also the first to ascend via the difficult west ridge and north face.

"We were the only people to reach Mount Everest for the entire pre-monsoon season," Ms. Wood, 55, said from her home in Canmore, Alta. "There was no lineup."

Twenty-six years later, when Canadian Shriya Shah-Klorfine attempted her ascent via the commercialized South Col route, she was one of about 150 people making the final push from Camp 4 to the top using a single fixed rope. She celebrated for a moment at the summit, then had to turn around, exhausted and suffering from prolonged exposure to the altitude and the elements, and make the even more difficult climb down.

Overcome by acute mountain sickness, she stopped moving just 48 metres below the summit. The climbers behind her had to manoeuvre around her body, which joins the estimated 150 corpses that have never been recovered from Everest's Death Zone

"You're not meant to live up there, so if the slightest thing goes wrong, you go from life to death in a very short time," said Ms. Wood, who had spent years climbing alpine mountains but was "humbled" by the 8,848 metres of Everest. "If you want to live, you think about the next thing you need to do to keep moving down safely. I knew that I couldn't sit down, because when you sit down, you fall asleep. I kept pulling from my bag of experience."

There's no Canadian with more mountaineering savvy than Ms. Wood's Canmore neighbour, Pat Morrow. In 1982, when he climbed Mount Everest in his quest to become the first person to reach the highest peak on all seven continents, his team was one of two allowed on the mountain during the fall climbing season. They left Camp 4 at dawn, using ice axes and crampons and their own ropes, and made it to the top in 5 1/2 hours. They were able to descend to Camp 2, and a more manageable altitude of 6,500 metres, by dusk.

"Nowadays, people start at night when they should be in their sleeping bags getting rest and they barely make it back to Camp 4 by dusk the next day," Mr. Morrow, 59, said. "It's ridiculous – they're exposing themselves two and three times longer to the high altitude and the cold than Sharon and I did."

Weather conditions leave a limited window for people to attempt the climb in the spring and fall. The Nepalese government reportedly issued around 340 permits (at $10,000 each) for 2012, and May 18 was the first day an ascent was deemed possible. "It's the crowding that's exacerbating the situation," Mr. Morrow said. "People are going up there who shouldn't be on the mountain, and the operators are treating it like a business – a very lucrative business."

Ms. Wood, on the other hand, doesn't think it's up to the guides, the outfitters or the governments to set limits. "It's up to us to get real," she said. "People are pulling a dream off a shelf and not giving it any other consideration besides how sexy it looks."

Mr. Morrow added: "In most cases, the people who are following their so-called dream don't want to invest the time to put in a proper apprenticeship."

Would he go back to Everest today?

"No thanks," he said. "There are dozens of other mountains I'd rather be on where there's nobody else and I have only to answer to my own judgment and skill level. Even experienced climbers exposed to those conditions for that long are going to have a very difficult time getting down." 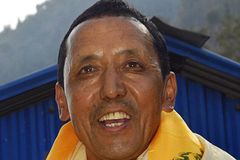 What not to do when climbing Mt. Everest (and other altitude training tips)
March 25, 2012 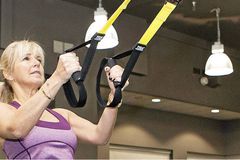 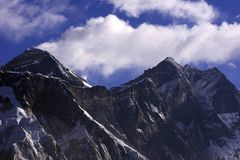