What kind of program is more likely to lead to an increase of women graduating with engineering degrees: A college or university scholarship for promising high-school students, unconscious bias training for human resource managers or an intensive math and science education program for girls in elementary school?

New research shows that if governments have to choose, focusing their efforts on early learning interventions will have the most impact. A scholarship would come too late for the thousands of women who close the path to careers in science, technology, engineering and math (STEM) as children. And addressing bias and hiring more women into those fields will help, too, primarily by providing more models of success for younger generations.

"You have to think specifically about what kind of policy might work," said Ismael Mourifié, an economics professor at the University of Toronto whose research on the subject is being recognized with a Polanyi award for early career researchers on Wednesday. "If gender profiling starts very early, by the time young women reach high school, they are not good in STEM. … Instead maybe intervene in primary school and try to design more motivations to go into those fields."

The recognition of his work, which carries a $20,000 award, comes as Canada is grappling with how to increase the proportion of women and other underrepresented groups in science, technology, math and engineering careers. Universities have announced that they will collect and publicize data on the diversity of students, staff and faculty and the federal government has warned that it expects postsecondary institutions to improve the representation of these groups among top university researchers.

At the moment, STEM fields in Canada are dominated by men, with 20-per-cent fewer women found in such careers. Dr. Mourifié's work found that the problem can't be blamed on gender discrimination – although that plays a part. Instead, if girls in elementary school receive overt or subtle signals about what kind of jobs are appropriate for women, they will absorb those messages and use them to self-select into non-STEM disciplines.

"They will not make an effort in math because at the end of the day, they will think 'this is not for me.' As soon as they decrease their effort, they will not have the grades to go into university," Dr. Mourifié said.

Redressing this cycle could also reduce the gender wage gap, where Canada has a wider gap in earnings between men and women than the OECD average.

For economists, the gendered nature of the labour market in Canada – and in many other countries – is a perennially interesting puzzle. If the labour market sends clear signals that it highly values economists, computer scientists and engineers, why don't women flock to these areas? Explanations that invoke the conceit that women lack a natural aptitude for math or have stronger aptitudes in non-STEM fields don't carry much weight with economists.

"When you take people with similar talents in different fields, for men, all of them will go to STEM. But women who have similar talent prefer to go to non-STEM," Dr. Mourifié said.

Why does that happen? Dr. Mourifié uses the "Roy" economic model to answer that. The model takes its name from Arthur Roy, a 1950s economist who first used it to explore how hunters and fishermen decide to choose one or the other trade. Its simple prediction is that equally talented people will select the profession that pays better.

Because the model is so simple, it has been used to test a variety of explanations for labour market patterns that don't fit that prediction.

When Dr. Mourifié applied it to the career choices and outcomes of more than 7,000 students who were surveyed as part of Statistics Canada's National Graduates Survey, it revealed interesting differences between men and women. Men let the labour market dictate their future – in other words, they pick high-earning fields.

"We see that men tend to behave more in the Roy model sense, meaning that when they are deciding to go into STEM, it's because they believe they are good at it [and] they are income maximizers," Dr. Mourifié said.

Women, on the other hand, are less likely to pursue those careers, and tend to avoid engineering and math in particular. In fact, the majority of female STEM degree holders in Canada earned those degrees in life or physical sciences.

His research concludes that women's rationality is being affected by psychological conditioning. Gender profiling is leading women to systematically undervalue their aptitude and make inferior choices – inferior at least from the perspective of economic outcomes.

The next step in his research is to study other groups whose earnings lag.

"One of my issues is that we do not measure in the right way when we measure impact. … I am trying to develop a new way of measuring policy," he said.

The other winners of this year's Polanyi prizes are Sarah Svenningsen, Areti Angeliki Veroniki, Mathieu Lavallée-Adam and Vinh Nguyen. The prize is named after John Polanyi, 1986 Canadian Nobel winner in chemistry. 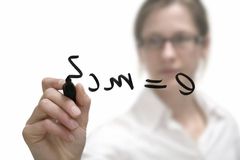 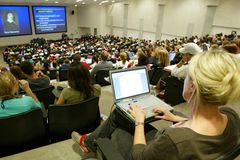 Opinion
Science, technology and innovation: A new narrative is needed
March 21, 2017
Follow Simona Chiose on Twitter @srchiose
Report an error Editorial code of conduct
Due to technical reasons, we have temporarily removed commenting from our articles. We hope to have this fixed soon. Thank you for your patience. If you are looking to give feedback on our new site, please send it along to feedback@globeandmail.com. If you want to write a letter to the editor, please forward to letters@globeandmail.com.
Comments