Wilfrid Laurier University emerged an early winner in the competition for $600-million in new capital funds for universities and colleges, which Ontario has started to give out as part of a more hands-on approach to mapping how and where schools expand.

The Waterloo university landed $72.6-million of $183-million promised to four schools Monday, with several more announcements expected in the coming days, including at Toronto's Ryerson University and Sheridan College on Tuesday. The province's primary concern is to ease space crunches at schools in high-demand urban areas, which are bursting at the seams.

But Laurier's money is also intended to bring related disciplines - business, math and economics - under one technologically sophisticated roof, where they can forge deeper connections with industry and business. So far, the government appears to be targeting disciplines considered crucial to the labour market, such as applied sciences and commerce.

To the four fortunate schools funded so far - Wilfrid Laurier, York University in Toronto, the University of Toronto Mississauga and Georgian College in Barrie - the chance to construct new buildings, or renovate and refit old ones, is welcome and necessary.

"That allows us to start breathing. We have students sitting on the stairs, in the corridors, everywhere," said Deep Saini, principal of the U of T Mississauga. "This was a very big issue for us, and the government has stepped up."

All told, this first wave of capital projects will make space for 25,000 students, helping to house some of the 60,000 new student spaces the province has promised by 2015-2016.

The province is reviewing capital wish lists from all of Ontario's higher education institutions. John Milloy, Minister of Training, Colleges and Universities, has pledged to negotiate individual mandates and goals with each university, and expects those conversations will see "people starting to maybe reconsider their lists."

The GIE has all the hallmarks Mr. Milloy said he looks for in a "stronger" bid: Laurier has easy access to Waterloo companies and institutions such as the Centre for International Governance Innovation, is technologically ambitious, and plans to have its students cross-pollinating more often.

York University won $50-million in provincial funds for a new engineering building, and expects to grow its relatively tiny contingent of 300 engineering students to 2,000 by 2020, part of a "long-term aspiration" to become a more comprehensive university.

"That will create a very credible school of engineering," said president Mamdouh Shoukri, a former engineering dean at McMaster University.

The U of T Mississauga campus received $52.5-million to rebuild two of its oldest structures - the only one of the U of T's three campuses to receive capital funding in this wave. The buildings are "in dire need of repairs," Dr. Saini said, and will soon be home to cutting-edge new biology and physics teaching laboratories.

"Science has moved on considerably. We are beginning to worry about safety issues."

Mr. Milloy believes "we're making really good headway," but there will still need to be more capital investments over "the longer term." Ontario universities face a $2-billion deferred maintenance backlog, according to the Council of Ontario Universities.

Even Monday's funding recipients are turning to what remains on their wish lists: Dr. Blouw will keep pressing three more Laurier proposals, including a new campus in Milton, while Dr. Saini is eager to build more research labs and space for business programs at U of T Mississauga.

Most of the projects will take years to complete, the exception being Georgian College's Centre for Health and Wellness, which received an $8-million top-up to previous provincial funding, and opens Aug. 31. Still, several overcrowded schools are already breathing easier.

"I call this light at the end of the tunnel," Dr. Blouw said.

Gaping holes in our knowledge of the labour market
June 19, 2011 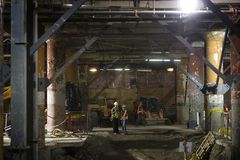 Opinion
Stop shortchanging undergrads, get profs back into the class
June 18, 2011 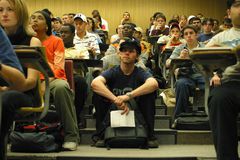