Some years ago, a young Canadian television sales executive found herself at a trade market in Hong Kong. At an industry party, she and a colleague decided to visit a fortune teller.

The colleague, Isme Bennie, was told that she would soon confront several major transitions in her life, including moving house. The predictions all proved accurate.

And the young exec? Kirstine Layfield (now known by her maiden name Stewart) was told that she would one day become prime minister of Canada. That, needless to say, hasn't happened - yet.

What Ms. Stewart has become is executive vice-president of the CBC's English services. Arguably the most powerful job in Canadian broadcasting, it has never before been held by a woman. Not only is it the most powerful, it is, without doubt, the most daunting job. As the CBC prepares to celebrate its 75th anniversary this fall, it may be approaching a historic crossroads.

"The best she can do is keep the CBC in the game," one CBC insider says.

Ms. Stewart remains optimistic. "Everyone is engaged by the same questions," she allows in a recent interview. "It's a big brain challenge. But there's real opportunity here, to remake the modern public broadcaster and keep it relevant."

The eldest daughter of British immigrants to Canada, Ms. Stewart, just 42, has a degree in English literature from the University of Toronto. With her former husband, teacher Ken Layfield, she has two daughters, Brigitte and AnnaLise. After each birth, she returned to work within six weeks, while her husband took paternity leave. "I wouldn't necessarily recommend it," she once explained, "but it was what I needed to do to keep doing what I was doing."

The marriage effectively ended several years ago. Earlier this year, she became engaged to Zaib Shaikh, star of Little Mosque on the Prairie. She says a wedding date has not been announced - a polite way of saying she does not want to discuss her private life.

Since winning the job last year, her first order of work seems to have been housecleaning. In the past year, the heads of CBC drama (Sally Catto), sports (Scott Moore), digital (Steve Billinger) and radio (Denise Donlon) have all departed.

"What we've done is take out a layer of management," Ms. Stewart explains. "There were multiple levels reporting to me and we wanted to flatten that out."

Ms. Stewart's conversation tends to sound like that. Outwardly cool, if not icy, she has clearly mastered the vocabulary of modern corporatese, all those "bottom lines" that, "at the end of the day," will allow us to "move the yardsticks."

But Isme Bennie, who hired her as a receptionist in 1988 at Paragon Entertainment, straight out of university, cautions against any impulse to underestimate Ms. Stewart. "Kirstine started by answering our phones and left as president of distribution," she says. "She is smart and resourceful. She takes initiative."

At the CBC, Ms. Stewart succeeded Richard Stursberg, a brilliant Machiavellian who had been, in roughly equal measure, feared, respected and loathed.

Mr. Stursberg departed suddenly last August, after CBC president Hubert Lacroix, the public broadcaster's government-appointed and largely invisible power behind the throne, grew weary of his gamesmanship. Mr. Lacroix nurses an ambitious agenda, which is to reshape the corporation for the 21st century. Rightly or wrongly, he decided Mr. Stursberg was not the person to realize that agenda.

Enter Ms. Stewart, then head of network programming. Before joining the CBC in 2006, she had earned her spurs as a VP at Alliance Atlantis (overseeing eight channels), Hallmark Entertainment (managing a budget of $300-million (U.S.) and a staff of 750), and Trio, a now-defunct U.S. channel.

Under Mr. Stursberg, she scored largely with reality shows, although one gamble - a simulcast with ABC's The One: Making a Music Star, hosted by Mr. Stroumboulopoulos - backfired. The show was cancelled after two weeks.

Critics, among them Ian Morrison, spokesman for Friends of Canadian Broadcasting, also complain that the CBC's ratings gain has been built on the back of cheap, lowbrow American imports, such as Wheel of Fortune and Jeopardy.

Yet the ad revenue generated by these game shows, Ms. Stewart argues, helped the CBC underwrite five other shows that yielded million-plus audiences - Battle of the Blades, Dragons' Den, Rick Mercer Report, Republic of Doyle and Heartland. As part of its effort to Canadianize its prime-time schedule, Ms. Stewart has promised to cancel the game shows next year.

As things stand, the CBC's numbers are doing well - BBM Canada surveys indicate it has vaulted past Global in prime time. "The jump in ratings was all Kirstine's doing," a former CBC senior executive says. "She's a very smart programmer. Richard … listened to her."

Those who monitor the CBC's often Byzantine politics think that Mr. Lacroix has followed a time-honoured tradition in cultural institutions - choosing a leader distinctly different than the one being succeeded. "Hubert did not want another Richard," says an industry executive close to the corporation. "Kirstine is a safer pair of hands, and will dutifully and efficiently carry out the mandate."

Howard Bernstein, a former TV producer who has worked for the CBC and other broadcasters, is highly critical of the corporation's leadership. In a recent post on his media criticism blog, he wrote, "Today, in the post-Stursberg CBC the Stursberg philosophy lives on: go light, get numbers, avoid depth and at all costs don't allow serious culture anywhere near the lineup. …"

He also writes, "Kirstine Stewart, once Stursberg's leading yes woman, is surprise, surprise carrying on as if Stursberg were still telling her what is what."

Any suggestion that she might be "Sturs lite" makes Ms. Stewart bristle. "I'm surprised by that association," she says. "Richard had a huge beneficial effect on the CBC, in terms of processes. But people are looking for programming leadership. That's where I come from. The future is about content."

And in a follow-up e-mail, she adds, "The label 'lite' is one I've seen levied too often at female execs to now let pass by without comment. … It's an awfully convenient way to put someone, in this case me … in a box. It trivializes and makes diminutive the goals I have for the CBC and for this role … I won't be a copy of anyone, lite or otherwise."

The challenges Ms. Stewart faces are also far from trivial. In a world run amok with television choice, she must simultaneously maintain the CBC's thin market share, stay competitive in the increasingly vital digital sphere, strengthen ties to the regions, reflect the fast-changing Canadian demographic while fulfilling its triple-barrelled legislated mandate - "to inform, enlighten and entertain."

And that's just the big picture.

Critics, such as The Globe and Mail's own John Doyle, have noted that while prime-time TV ratings have soared, the once-thriving oasis of serious arts and culture programming has become a wasteland; audiences have evaporated. In news and current affairs, which has borne a disproportionate burden of budget cuts, morale is moribund. And Radio 2's ratings have collapsed, since abandoning its largely classical music format in 2007.

Then there is Hockey Night in Canada - the CBC's most popular show (accounting for 30 per cent of its audience) and its single most powerful engine of advertising revenue. The broadcaster's contract to cover the National Hockey League expires in June, 2014. A bidding war for rights is inevitable, one the cash-strapped corporation will be hard-pressed to win, without allies.

Looming over it all is Stephen Harper's Damoclean sword. The Conservative government may act on its ideologically driven impulse to destroy public broadcasting by slashing the CBC's annual $1.1-billion appropriation. (It earns an additional $700-million from advertising and other revenue.)

Meanwhile, the corporation's fundamental dilemma remains: To the extent that the CBC must justify its federal subsidies and attract advertisers, it must be populist. But to the extent that it is populist, it risks becoming a clone of commercial broadcasters, and forfeits its signature identity as Canada's cultural lodestone.

Until she seeks political office, as her fortune teller predicted, it will be Kirstine Stewart's burden to find a balance for an organization whose own future prospects appear less auspicious.

Michael Posner is a Globe and Mail feature writer.

Editor's Note: Kirstine Stewart, executive vice-president of the CBC's English services, has not dated George Stroumboulopoulos. The original newspaper version and an earlier online version of this article have been corrected.

Richard Stursberg to publish memoir of his time at CBC
October 14, 2011 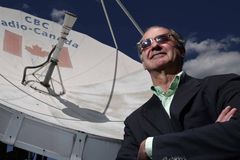 CBC's back-to-basics plan to save itself
February 2, 2011 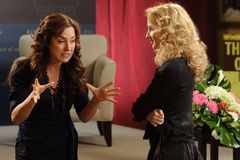 Denise Donlon leaves CBC Radio
July 8, 2011
Follow us on Twitter @globeandmail Opens in a new window
Report an error Editorial code of conduct
Due to technical reasons, we have temporarily removed commenting from our articles. We hope to have this fixed soon. Thank you for your patience. If you are looking to give feedback on our new site, please send it along to feedback@globeandmail.com. If you want to write a letter to the editor, please forward to letters@globeandmail.com.
Comments