Winnipeg's Muslim community expressed shock and sadness at the revelation that three young men who once worshipped among them have been fingered as the subjects of a massive international terrorism investigation.

Even as the story flooded city airwaves Friday, there was little mention of the lost trio inside the Winnipeg Grand Mosque, where Miawand Yar, Ferid Imam and Muhannad al-Farekh often volunteered with fundraisers and conferences in the months before their disappearance.

The imam, Sheikh Hosni Azzabi, mentioned nothing of the case in his afternoon sermon and avoided reporters afterwards.

But former Manitoba Islamic Association president Ghassan Joundi said rumours of the students' disappearance had been rippling through the local Muslim community for years, especially after security agencies swooped in to investigate in early 2007.

"Many members of our community felt threatened," he said outside the mosque following afternoon prayers. "CSIS and the rest could have handled the matter much more discreetly. We had complaints come to us of people being watched, of unmarked cars waiting outside homes. People who had nothing to do with this began to feel targeted."

A Globe and Mail story Friday revealed that the three former university students left Canada in early 2007 and flew to Pakistan via Europe. Their whereabouts are unknown.

The RCMP said publicly on Friday they are treating the men as missing persons.

Two of the men are Canadian citizens, the third was born in the United States. Mr. Imam, an honours student and soccer player described as a serious, mature young man, came to Canada from East Africa as a child. Mr. Yar, an engineering student who was once charged with selling crack, was born in Pakistan to Afghan refugee parents. Mr. al-Farekh, a business student, was born in Texas and educated in Jordan.

The three first met at the University of Manitoba around 2004. Their disappearance sparked one of the largest security investigations in Canada since 9/11. Canadian spies have been joined in the chase by the FBI and CIA. The investigation stretched first to Peshawar, Pakistan, and then to the lawless border region of Waziristan, where al-Qaeda and other aligned groups operate.

The men have cut off all contact with their families save for one letter, which arrived not long after they disappeared, and one brief phone call. The letter, which was sent by Mr. Yar to a family member, made only one unusual request: that someone repay his outstanding student loans. Although that might be taken as a sign of a responsible citizen, being free of debt is interpreted by some as a requirement for entry to heaven.

Mr. Yar's family turned the letter over to police and filed a missing person's report. The phone call was made to Mr. al-Farekh's father, Mahmoud, who now lives in Abu Dhabi. He would not say what was discussed, just that the call was brief. Afterwards he was interviewed by the RCMP and the FBI.

Intelligence sources have reiterated that the three men decided to flee Canada for Pakistan of their own accord, without any outside influence from other Winnipeg Muslims.

Mr. Joundi said he's ever watchful for signs of radicalization among the community's youth. He saw little to suspect in the three men, who were known mainly for their willingness to help around the mosque.

"They gave no indication of what might be going on in their heads," he said. "They were fine gentlemen, always involved in community events, and very different from one another," he said. "That's why it was such a surprise to everyone when they disappeared."

While many in the local Muslim community co-operated with security agencies, they were told little of the students' fates. When CSIS agents stopped coming around, many assumed the investigation was over.

"We heard something of this years ago, but recently nothing," said Razi Sheikh. "It is really shocking news for our whole community. We are Canadians, we love our country, and to hear one of our own might want to hurt our country, that's not good."

Mr. Joundi still holds out hope that the three young men he knew years ago will turn up.

"Maybe they went overseas with good intentions to help people and go inform people about Islam," he said. "They are still innocent until proven guilty."

The story of the missing men caused ripples in Ottawa, though representatives of the RCMP and Canadian Security Intelligence Service stressed they would not speak to any ongoing operations.

Federal prosecutors, who have not laid any charges against the missing men, also refused to comment.

"I can't answer questions that relate to the activities of another agency or a possible investigation," said Dan Brien, a spokesman for the Public Prosecution Service of Canada.

He did note that, in general, past terrorism cases have shown that Canada can prosecute any acts of terrorism that may take place overseas. And unlike the United States, Canada cannot issue "sealed" indictments against terrorism suspects - meaning charges are made public if they are laid.

Canada has the power to charge people who are not in custody, but prosecutions can only begin if there is an arrest.

The Prime Minister's Office refused to comment on The Globe story, as did representatives of Public Safety Minister Vic Toews and Justice Minister Rob Nicholson. 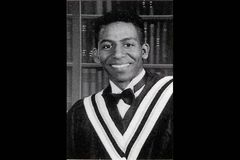 Follow Patrick White, Colin Freeze and Joe Friesen on Twitter @Nut_Graf @colinfreeze @FriesenJoe
Report an error Editorial code of conduct
Due to technical reasons, we have temporarily removed commenting from our articles. We hope to have this fixed soon. Thank you for your patience. If you are looking to give feedback on our new site, please send it along to feedback@globeandmail.com. If you want to write a letter to the editor, please forward to letters@globeandmail.com.
Comments are closed