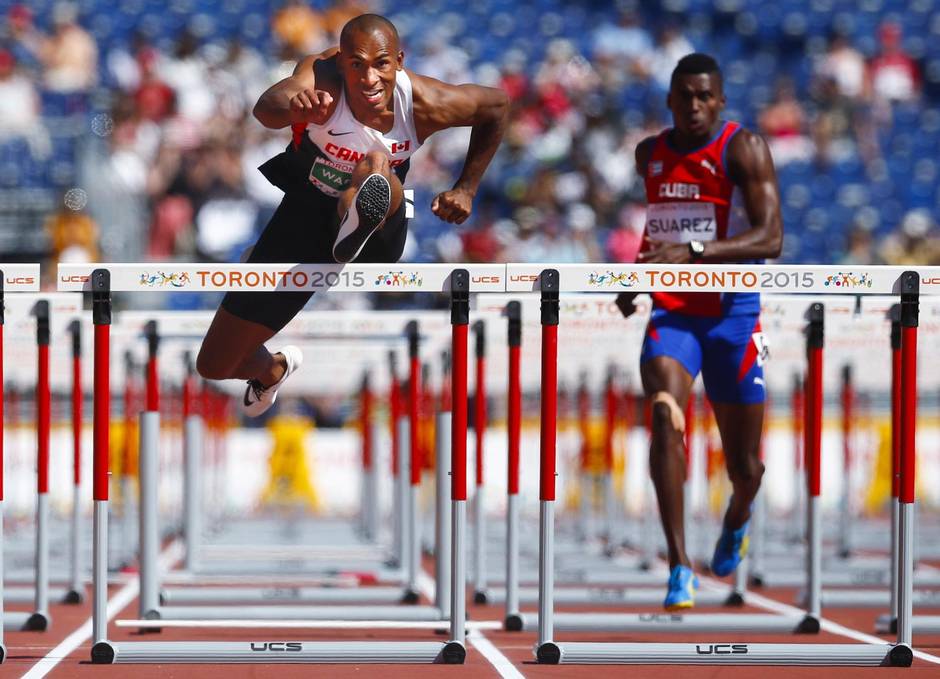 Damian Warner competes in the 110-metre hurdles on his way to winning gold in the men’s decathlon. (Mark Blinch / The Canadian Press)

After 17 days, almost 400 events, a $2.5-billion budget and one Kanye West concert, the 2015 Pan Am Games are done. Some people are already busy debating the legacy of the Games, while others are looking forward to translating the momentum of the Games into an Olympic bid. Either way, there’s a lot to unpack from the past two weeks.

Saturday and Sunday were full of highs and lows for the athletes.

Canada captured gold in women’s road racing (cycling), team foil fencing and boxing; silver in men’s basketball; bronze in men’s singles bowling; and silver and bronze in the women’s 1,500-metre race – the third-place finish in that race going to Sasha Gollish, despite getting her left shoe knocked half off 150 metres into the contest. 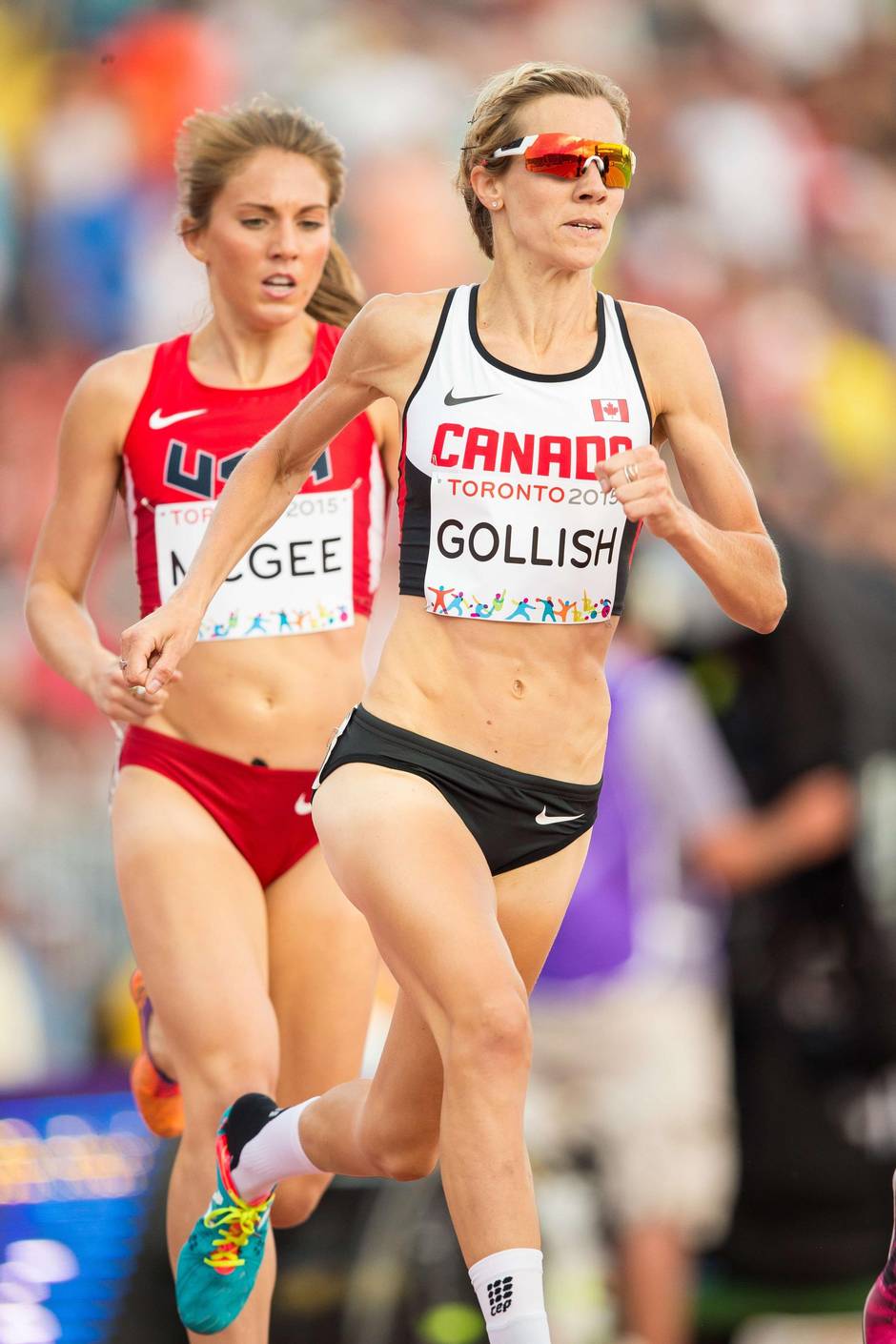 Funny enough, almost the same thing happened to her last year during a race in Europe.

“I actually told myself: If this ever [happens] to me again, I’m going to drop out of the race … You get the worst blister you can possibly think of in the bottom of your foot,” Ms. Gollish told The Globe and Mail.

But she decided to keep going and won bronze.

Also on Saturday, the men’s 4x100-metre relay team looked like it had won gold, but a protest filed by several countries saw the team disqualified.

Sunday added a few medals to Canada’s total. Gold was won in women’s softball, silver in women’s baseball and bronze in men’s volleyball.

Canada’s total medal count was 217, behind only the United States and its 265 medals. It’s a new Canadian record, easily surpassing the 196 medals we won at the 1999 Pan Am Games in Winnipeg. And with 78 golds, Canada beat its record of 64, also set at the Winnipeg Games.

They are records that Canadian Olympic Committee president Marcel Aubut was more than happy to talk about. Mr. Aubut said he wants the success of the Pan Am Games to carry over to the 2016 Olympic Games in Rio de Janeiro.

“We are not done yet. We will do more. We are always reaching higher. We don’t know anything else,” he said at a news conference Sunday. 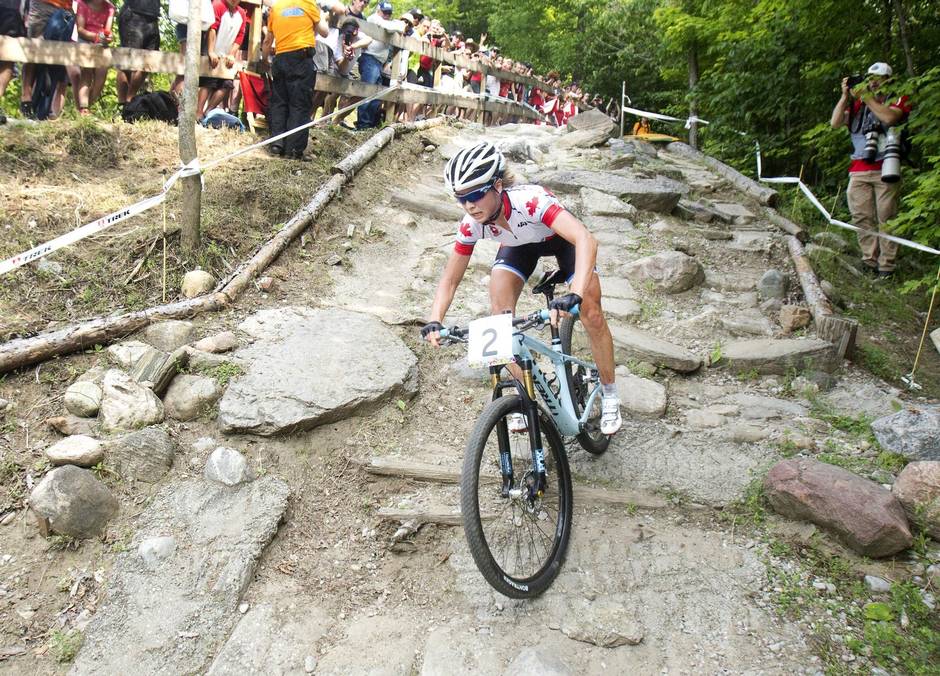 For a while there, it seemed that ticket sales would fall short of expectations, with just half of the 1.4 million tickets sold shortly before the Games. Experts blamed the lack of star power, as many high-profile athletes such as sprinter Usain Bolt and swimmer Michael Phelps did not show up for these Games.

However, ticket sales slowly picked up and crossed the one-million mark on July 19.

Before the Games, all Torontonians seemed to be able to talk about was traffic – specifically, the introduction of high-occupancy vehicle lanes that were only open to vehicles with at least three people, Pan Am vehicles, first responders and taxis.

While some praised the fast travel times in the lanes, those who didn’t meet the requirements complained about increased traffic and commute times.

The HOV lanes also brought out the creative side of some drivers, who used mannequins to pose as passengers. 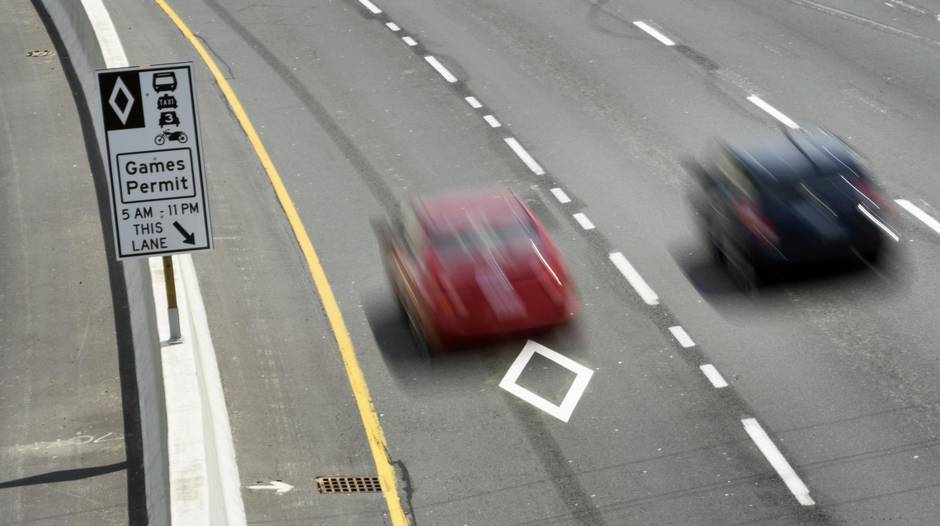 (Fred Lum / The Globe and Mail)

Did Toronto benefit from the Games?

A big event such as this means tourists, and tourists mean money for the local economy, said the proponents of the Games.

Rob Cameron, the chief marketing officer for debit and credit-card transaction processor Moneris, said Toronto saw a rise in sales during the Games.

Data for the Pan Am opening weekend, from July 10 to 12, show an 8-per-cent increase in spending in the downtown area. Restaurant spending, in particular, was up almost 11-per-cent from the previous week.

Still, some local businesses were disappointed. Jason D’Anna, co-owner of Parlor Foods & Co., a restaurant on King Street, said he saw a little bit of extra traffic on the day of the opening ceremony. But by the end of the first week, things hadn’t picked up.

“It’s not what I was expecting it to be … I mean, especially this district, a majority of the hotels are here. … We really anticipated a lot bigger and better,” he said. 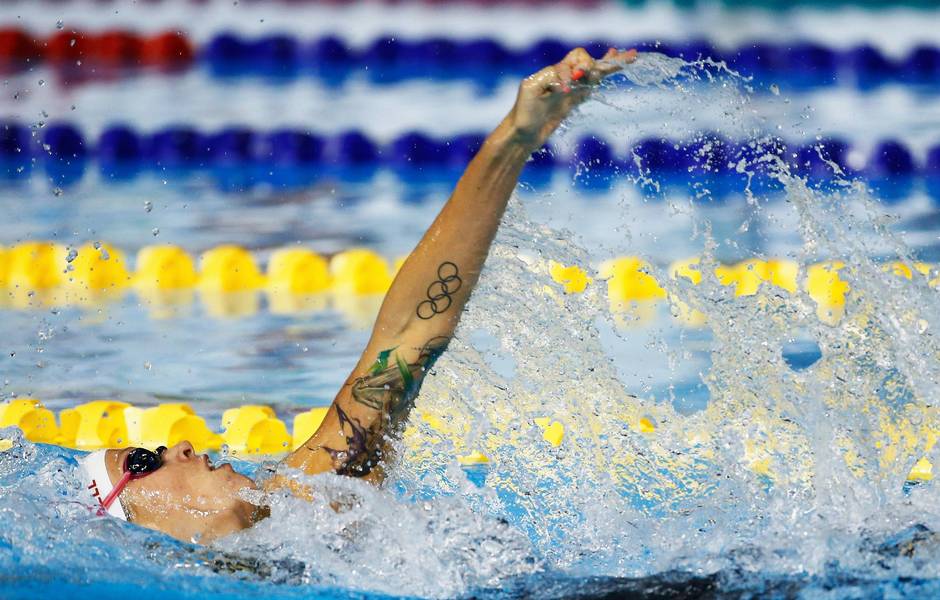 The possibility of an Olympic bid came up even before the Pan Am Games were officially over. Toronto Mayor John Tory has said the decision on whether to bid for the Games would come very quickly and that “nothing is off the table.” The deadline to register interest is Sept. 15.

Mr. Aubut announced Sunday that he would use “the full power of [his] office” to encourage Toronto’s bid.

“I think it’s time for Toronto,” he said.

One roadblock is an existing vote by the city’s economic development committee to reject a bid for the 2024 Olympics. Mr. Aubut said a decision to overrule that rests with the mayor.

“The mayor of Toronto … knows what to do,” he said. “He’s got all my confidence [that] he’s going to do what’s good for Torontonians.”

Now that the Pan Am Games are over, the focus will shift to the Parapan Am Games, which start on Aug. 7 and run until Aug. 15. But the debate over the Pan Am Games’ legacy is just starting.

Curt Harnett, Team Canada’s chef de mission, said Canadian athletes will remember the Games for the sports infrastructure they will continue to use but, more importantly, the knowledge that hundreds of thousands of Canadians cheered them on.

“For me, that’s an immeasurable and profound impact, and I think a long-standing legacy the athletes will carry,” he said. 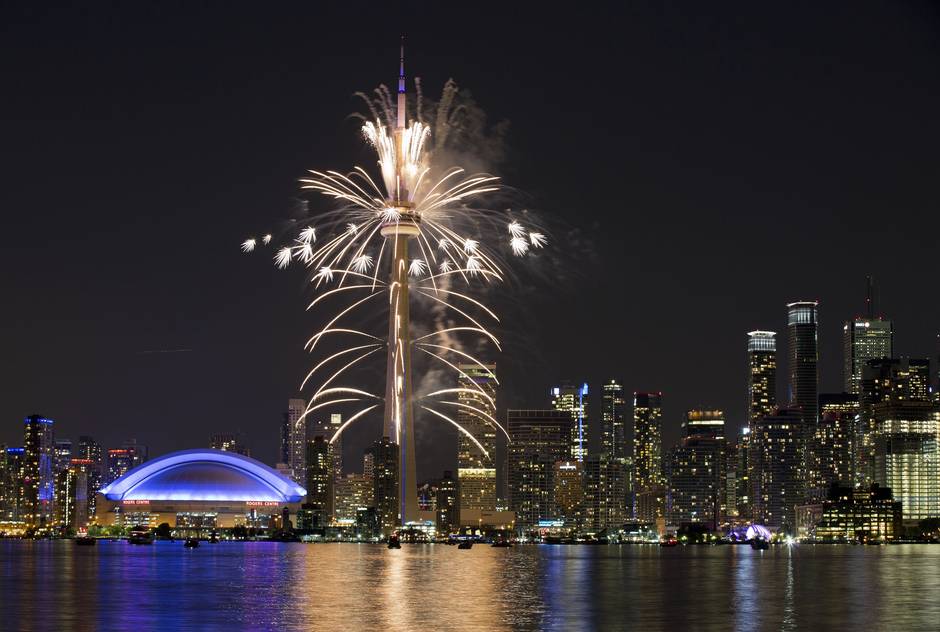 Fireworks explode from the CN Tower over downtown Toronto during the closing ceremonies of the Pan Am Games Sunday. (AP Photo/Rebecca Blackwell)