Witnesses to the seniors' fire that killed 32 people in Quebec last January have described a horror-filled night with residents begging to be saved as flames engulfed them.

Conrad Morin was living on the top floor of the Residence du Havre in L'Isle-Verte when the blaze erupted just after midnight last Jan. 23.

In gripping testimony Wednesday at a coroner's inquest into the fire, the 89-year-old Morin said his first instinct was to save his wife, Eva, who lived on a lower floor because she had limited movement.

But as he rushed into the corridor he was forced back because of thick smoke, while his wife would die in the tragedy.

"I could hear women shouting, 'Come get us, come get us,' " he told Coroner Cyrille Delage, who is overseeing the inquest at the courthouse in Rivière-du-Loup.

The former firefighter was able to get out via a door two floors above the ground after ripping off plastic weatherstripping.

"I took my blankets and tied them to a railing but they came loose and I fell on the ice," he said.

"Seven fractures," he replied when asked by Marie Cossette, counsel for the inquest, whether he'd been injured.

The inquest also saw a video filmed by Nathalie Paquin Tanguay, who was travelling in the area with her family as the fire raged.

They stopped and she began filming while her brothers tried to rescue residents, some of whom were shouting for help from their balconies.

"The woman is on the edge," Paquin Tanguay can be heard screaming on the video.

Out of respect for the families of those who died, a publication ban was imposed on the audio that accompanied the video.

Pascal Paquin, one of Paquin Tanguay's brothers, said that by the time he saw the first firefighter, "it was already too late."

He testified he had the impression he had been at the scene "for an eternity" by the time they arrived.

"Not one firefighter went around the building to see if people were in distress," said Paquin, who had to stop testifying several times because he was crying.

Before that, Paquin had dashed back to his car to get rescue equipment and took a ladder to try to save some occupants.

He failed to save one man because the ladder was too short.

The inquest was to end Wednesday but Cossette said some days will be added in December for more witnesses, including the night guard, provincial police investigators and the co-owners of the home, Irene Plante and Roch Bernier.

The inquest heard on Tuesday from Yvan Charron, the fire chief in the Quebec town of 1,500 people.

Charron said he called in reinforcements only after arriving at the seniors' home – or 19 minutes after the first distress call – even though a 911 dispatcher had told him residents were stuck inside the burning building and couldn't see anything because of thick smoke.

He said he only requested help from neighbouring municipalities after arriving at the scene because that was the modus operandi used by L'Isle-Verte's fire service.

Charron testified he was expecting to find the building's residents outside when he arrived, a statement he based on an evacuation exercise a few years earlier.

While that one was conducted in the daytime and with the assistance of employees, last January's blaze erupted shortly after midnight.

The fire chief did not set up a command post when he arrived on the scene, stating that his priority was to save people. 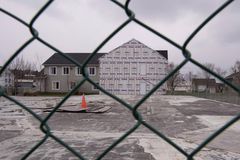 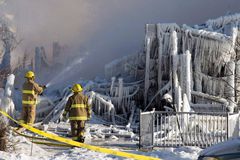 Quebec seniors' home that burned down was not required to have sprinklers, inquest told
November 17, 2014 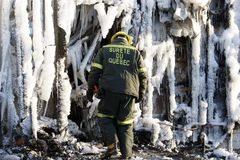