More than 75 countries have outlawed homosexuality and at least five countries have laws that allow homosexual acts to be punished by death. Because of the physical and emotional abuse that some people who identify as lesbian, gay, bisexual, transgender and queer (LGBTQ) receive from their communities – coupled with the ongoing threat to their well-being – a number have fled to Canada in search of a safe haven. In a series of photographs, Matthew Sherwood captures the lives, stories and struggles that some members of the LGBTQ community have faced and the legal process they endure before being granted asylum in Canada. 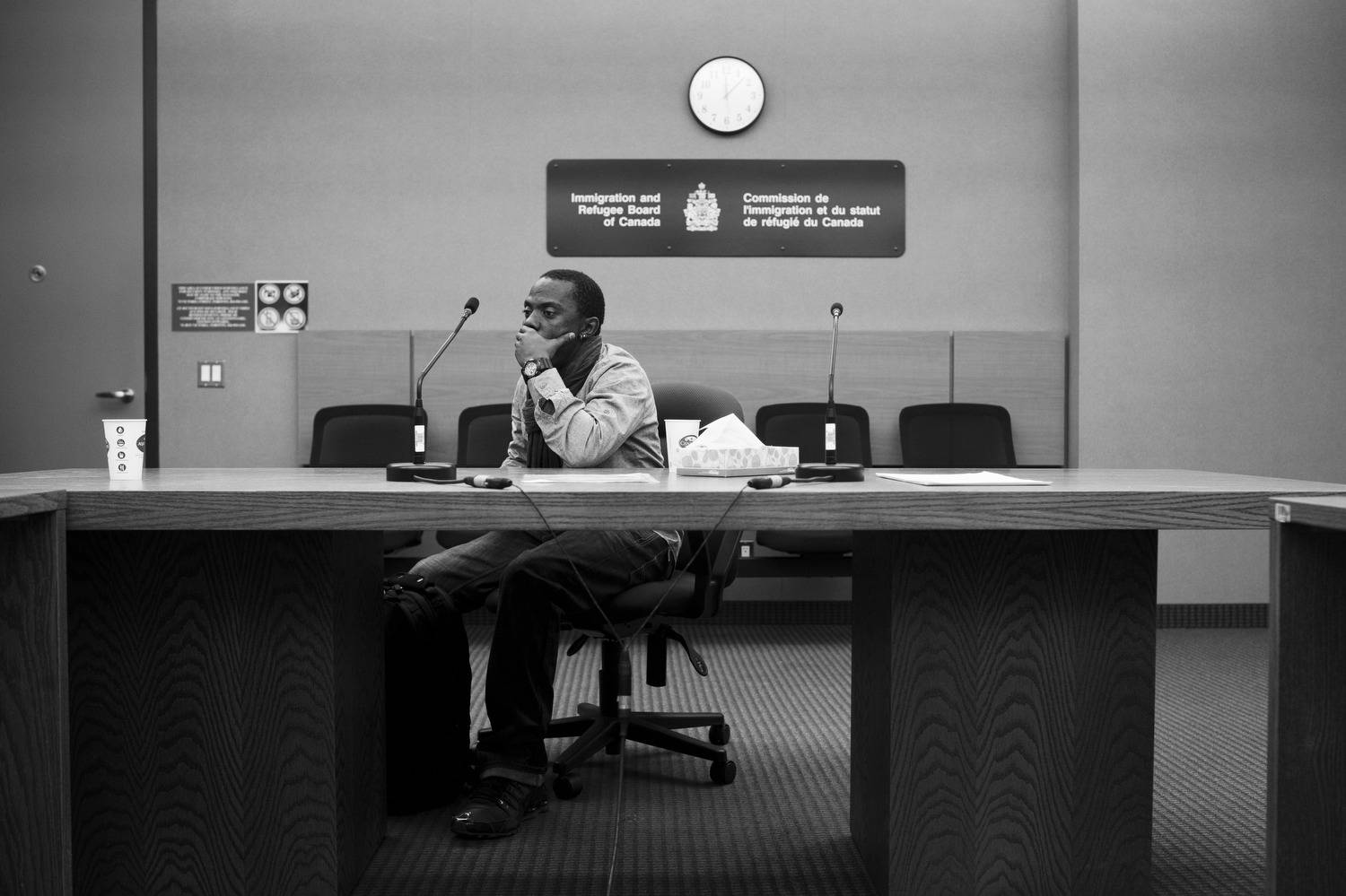 Abdulah Aziz Ssali fled Uganda to Canada three days after he was imprisoned and tortured by local police. The reason for his arrest: his sexual orientation. Being gay in Uganda is a criminal offence and same-sex acts are punishable with life imprisonment.

Last December, Mr. Aziz Ssali tried claiming refugee status but was rejected. Shortly after the “negative” decision, a Ugandan tabloid newspaper published a list of the country’s homosexuals that included his name. He is currently appealing the decision and will be able to present this as additional evidence in his case. If the decision is upheld, he is unsure of where he will go or what he will do. 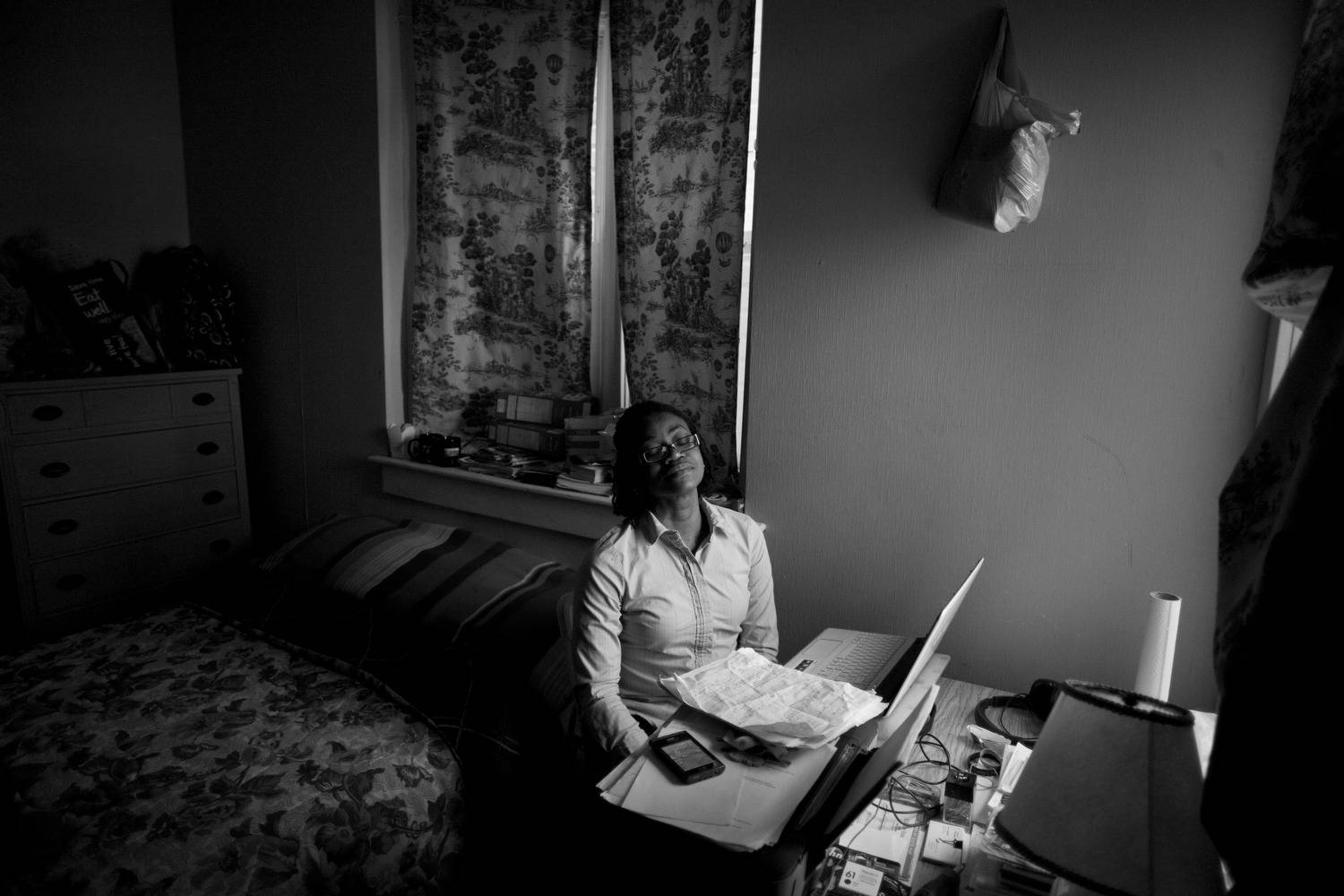 Soraya Hoggarth came to Canada on a tourist visa in an effort to temporarily escape the stress of hiding her sexuality from her loved ones – something that the Jamaican native, a lesbian, has been doing her whole life considering the country’s hostility towards its LGBTQ community. She is seen here at a women’s shelter in Toronto, where she spent several months after having difficulty renting an apartment.

She struggled to find employment or a way to extend her visa, and travelled to Alberta in search of a job after not having any luck in Ontario.

She was unable to find an employer to sponsor her in Alberta. She did meet a Canadian man out west and explained her situation. He wanted companionship in return for help with her papers, even though she explained that she was a lesbian.

“I became a statistic of an immigrant woman being abused by a Canadian partner. It was perceived that I had no rights because I was not Canadian,” she says. She says she was physically assaulted and returned to her extended family in Brampton, Ont.

She was eventually referred to the 519 Church Street Community Centre by a close friend from college. Here she learned about her options to make a refugee claim based on sexual orientation or gender identity.

At the end of 2013, Ms. Hoggarth had her refugee claim accepted and will be allowed to become a permanent resident. 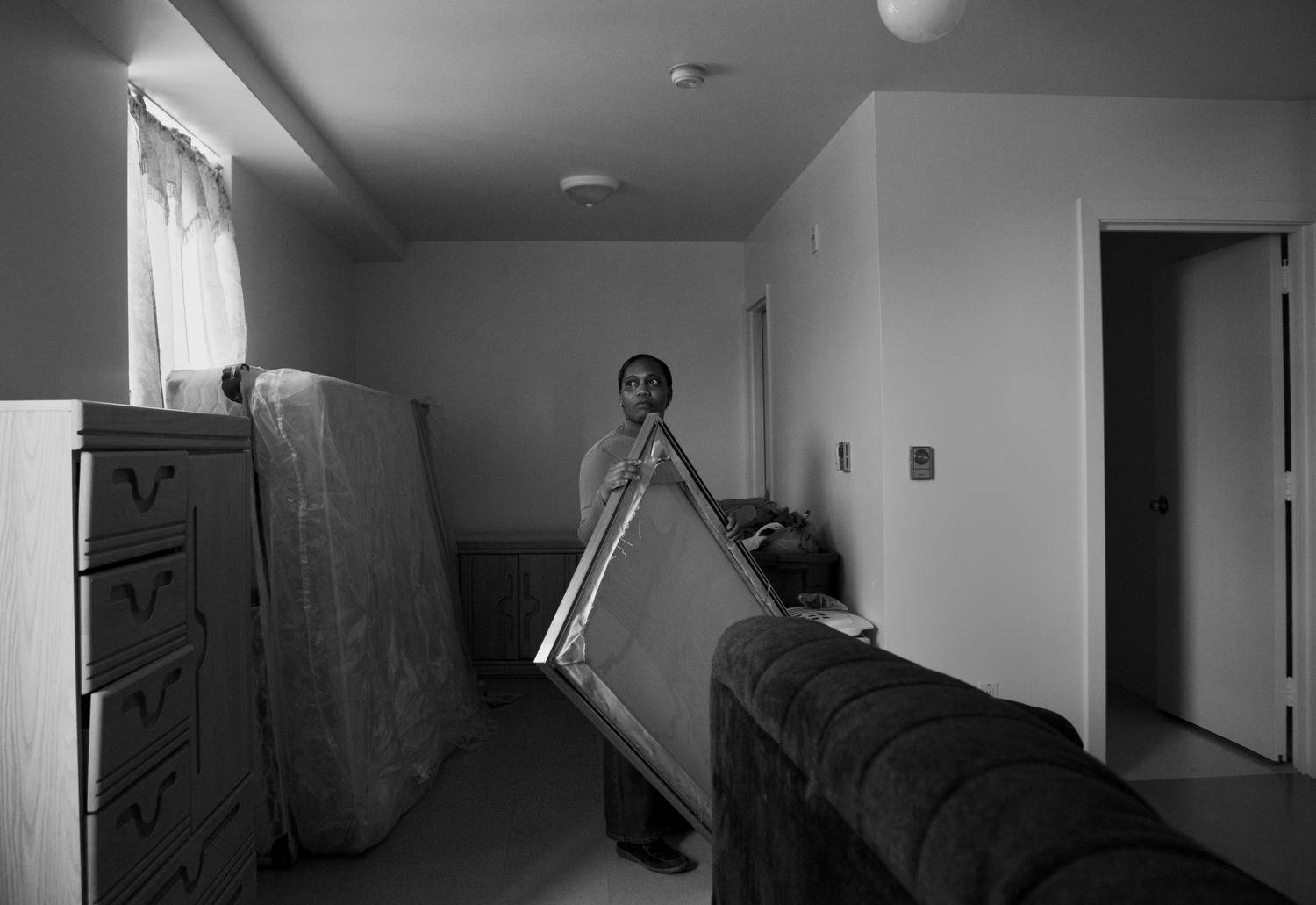 Desperate to escape sexual and physical abuse from a former male partner and years of harassment from her community for being a lesbian, Eugenia Flavius used a dating website in St. Lucia to find someone who would pay for her to come to Canada. She ended up in a Toronto women’s shelter after she was assaulted by a Canadian man who had agreed to help her with a visa extension.

Female refugees travelling alone are an extremely vulnerable demographic and are often so afraid to return home that they enter into dangerous situations. Ms. Flavius did not know that she could make a refugee claim based on her sexual orientation until she arrived at the Evangeline Shelter in Toronto’s west end.

Ms. Flavius made her claim prior to changes to the Canadian immigration system in December, 2012. Under the former “legacy” system, it can take years to have your claim heard. She still does not have a date for her hearing. Over the past two years, she has built a life for herself in Toronto, but could lose it all if she is denied asylum when she finally receives a hearing. 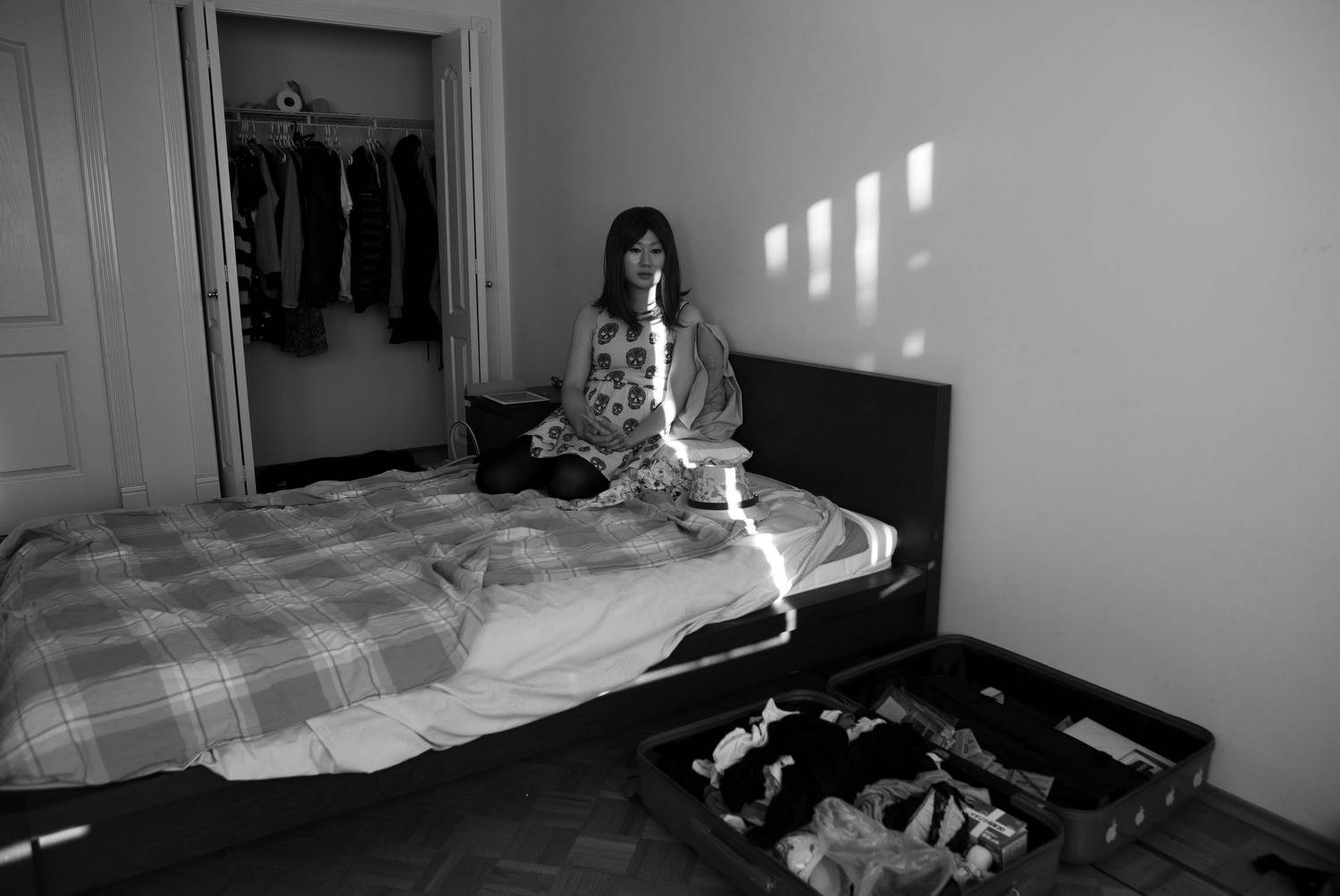 A male-to-female transgender refugee from South Korea sits on her bed in a room she rents in Surrey, B.C., on May 27.

She came to Canada from South Korea after being conscripted into the military. She identifies as female and was not comfortable being forced to live and shower with men for two years of service. She was told she had to get a sex change to avoid service, join the military or be imprisoned. Instead, she fled to Canada. She had a successful hearing in May and will eventually become a permanent resident. 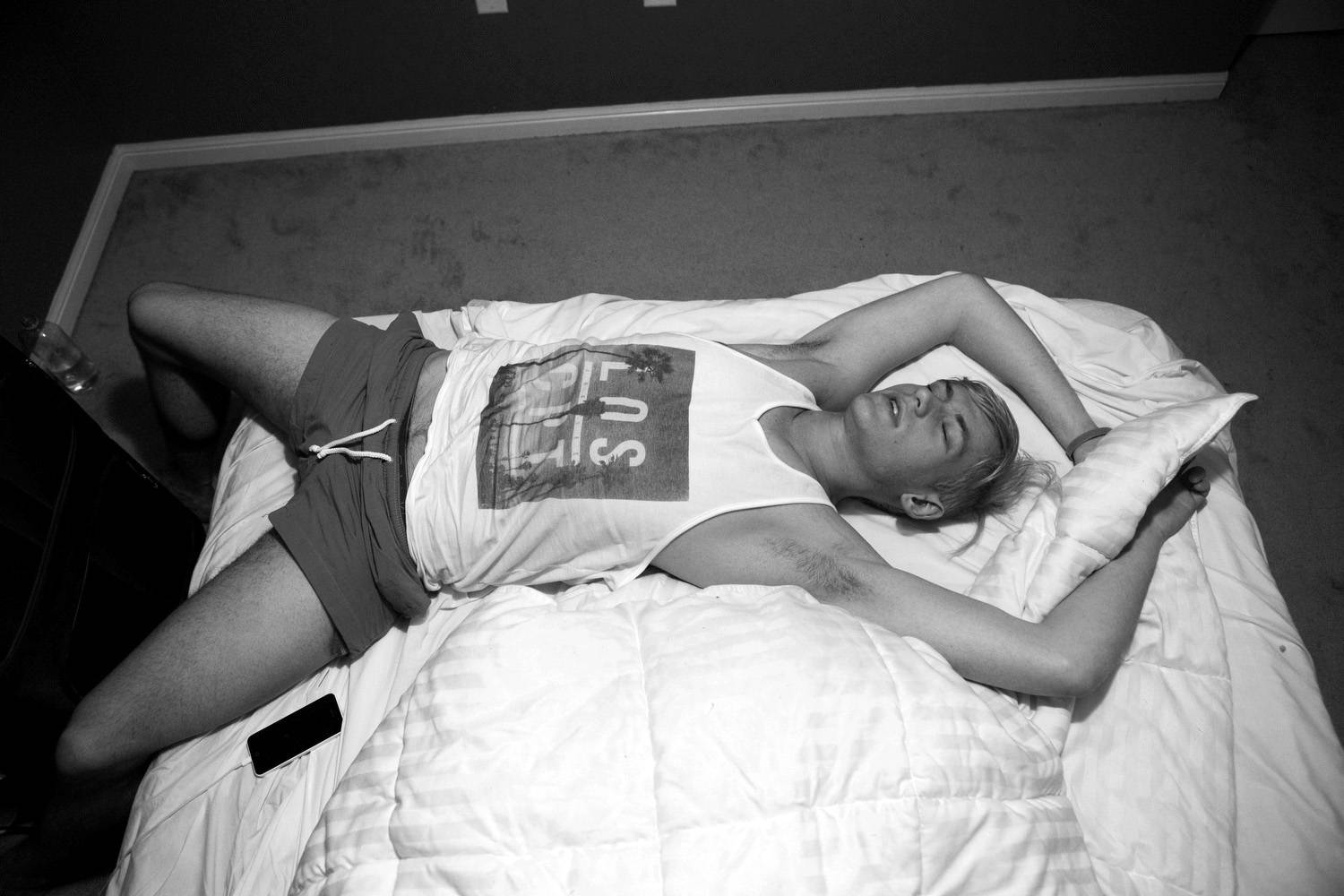 Justin Romanov, a 19-year-old gay refugee from Russia, rests on his bed after creating a Facebook page for gay teenagers in Russia, on May 15.

Mr. Romanov came to Canada on a study visa to take a break from the harassment he faced at home. He has been bullied for years in school and arrested by police for protesting the new laws against LGBT people.

Mr. Romanov will be making his refugee claim later this month. He is a strong advocate for LGBT rights, choosing to focus much of his activism on gay youths like himself, who rarely have the financial or social support to get out of the dangerous environments they often live in. 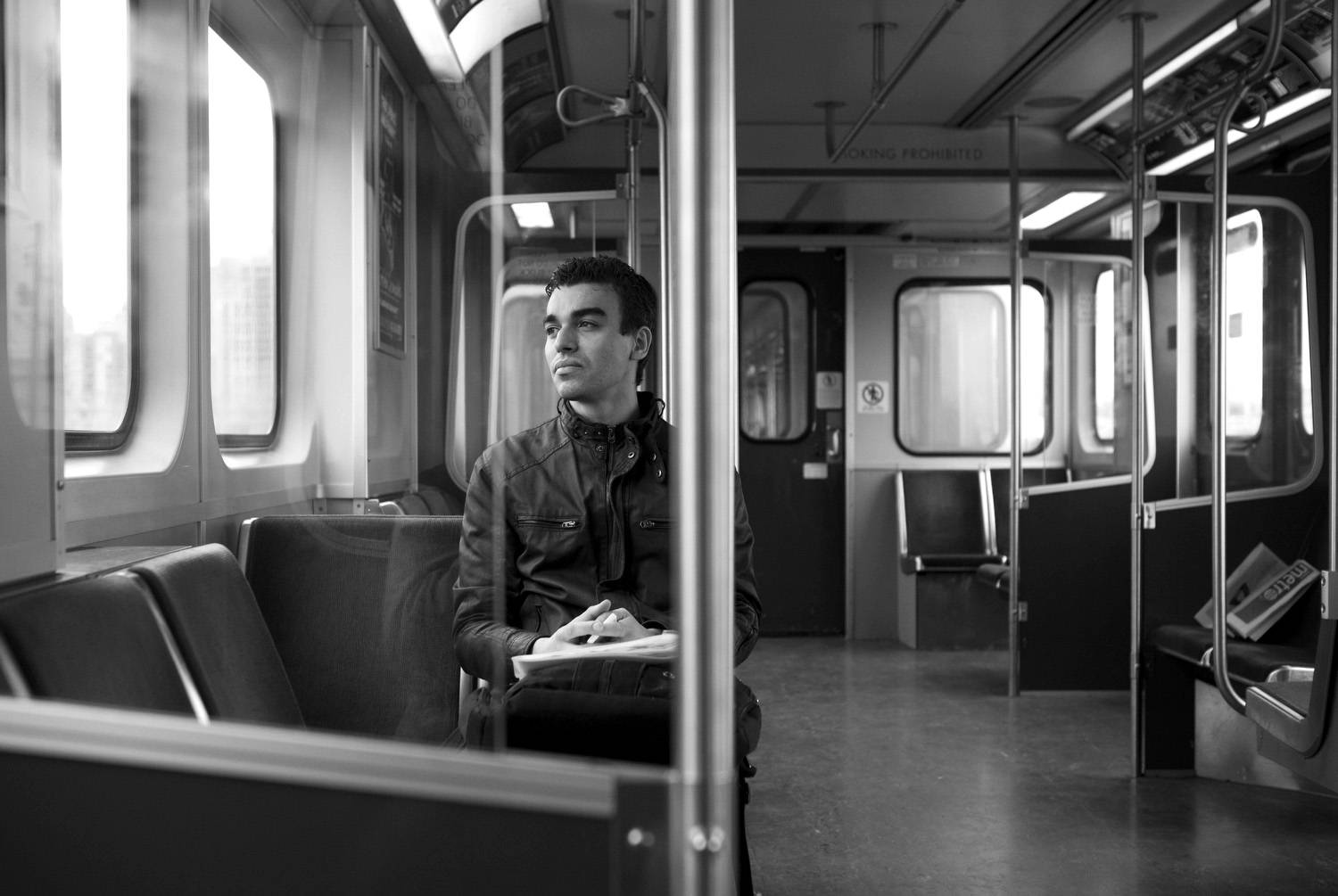 Daniel Goncalves rides the subway to the file his refugee claim at Citizenship and Immigration Canada in Etobicoke, Toronto, ON, on April 30, 2014.

Goncalves came to Canada on a study visa to escape harassment he faced in Brazil for being gay. He has been bullied since childhood, but felt his life was in danger after being sexually assaulted by knife point. The next year he was sexually assaulted again, this time by two police officers. He believes he was targeted because he is noticeably gay.

Reluctant to return to his situation in Brazil, he chose not to leave when his visa expired a week prior. Homosexuality and gay marriage are legal in Brazil, but homophobia and discrimination are still common. His hearing will be on July 7th. 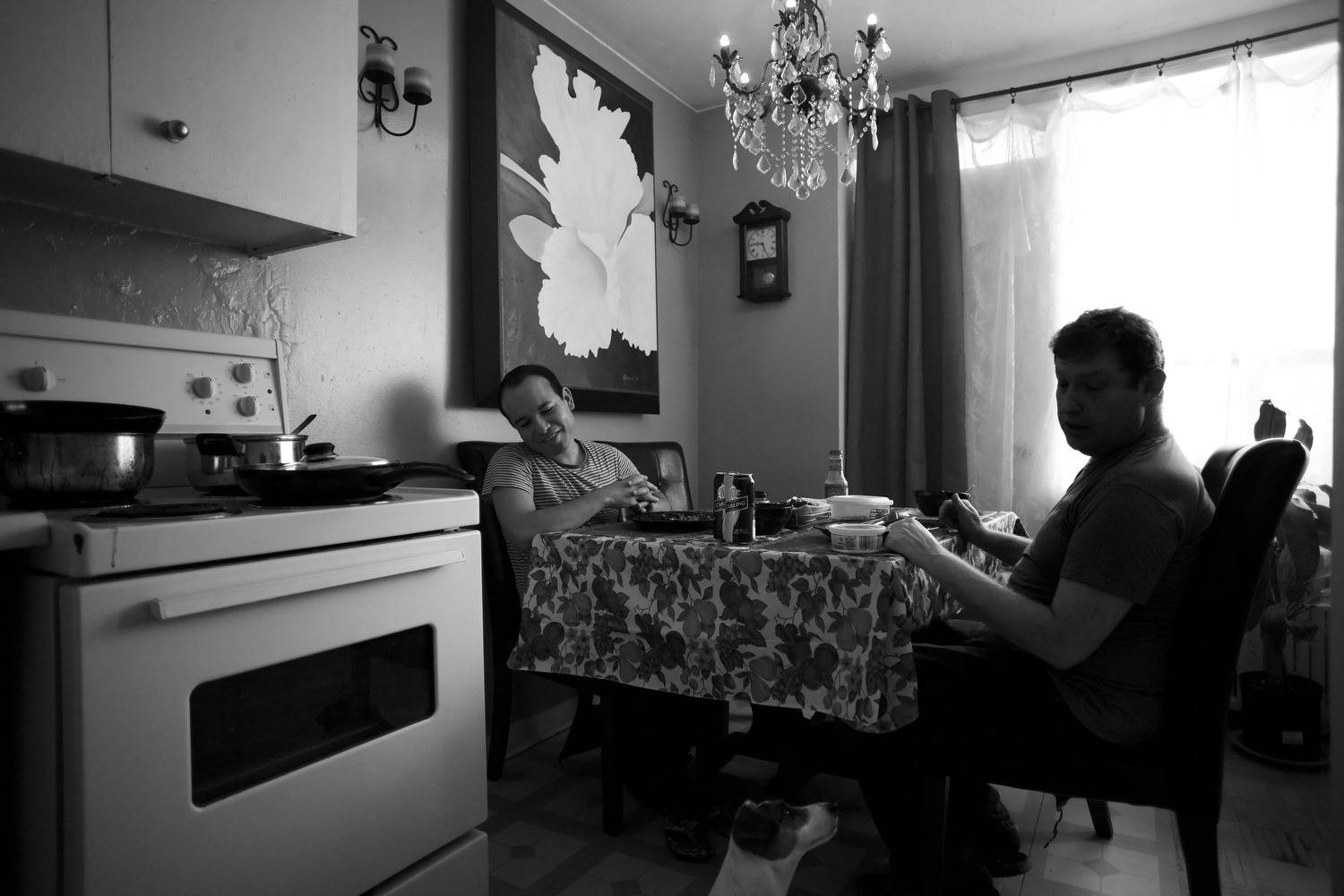 Edgar Benjamin Buenrostro (Benjamin), left, eats lunch with his boyfriend Eric in their apartment in Toronto on February 2, 2014. Benjamin came to Canada as a refugee from Mexico because of the discrimination he faced for being gay. Benjamin was harassed by members of his community and sexually assaulted by a police officer while walking home one day. He had a successful hearing and now lives happily with his boyfriend and has a job with a cleaning company.

Mexico was added to the Designated Country of Origin list in February of 2013. This is a list of countries the Canadian government believes to respect human rights and offer state protection. Succeeding with a refugee claim from a DCO country can be more difficult and claimants only have 45 days to prepare a case from the day they file their claim. 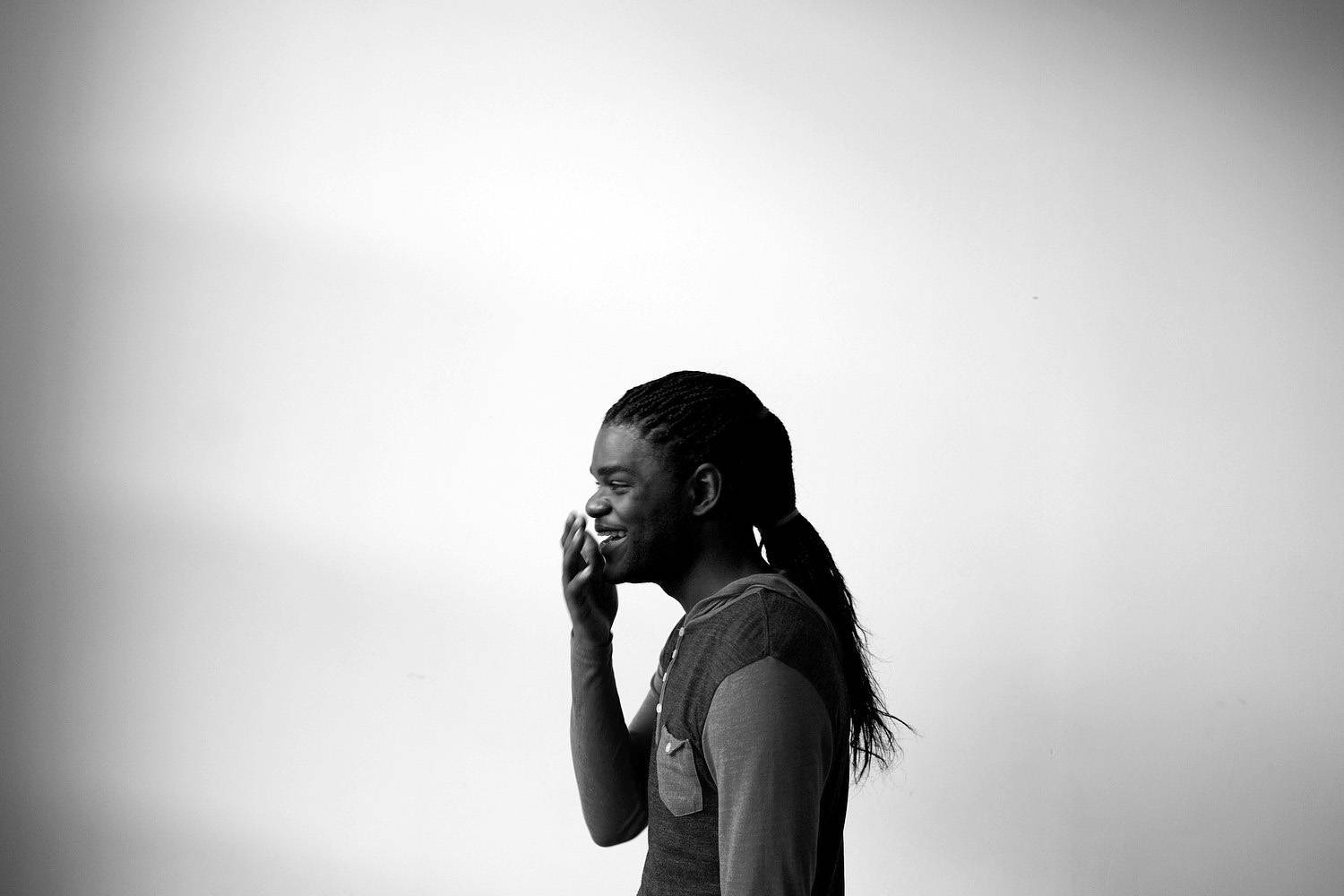 Aketa Tonge laughs at the 519 Church Street community centre in Toronto on January 9, 2014. Tonge came to Canada from Antigua in 2011 after years of torment and death threats for being gay.

Aketa's boyfriend came to Canada from Jamaica as a refugee for the same reason a year earlier. He bought a plane ticket for Aketa and helped him through the refugee process.

"I used to have nightmares and it took me a while to really believe that I'm here," says Aketa. 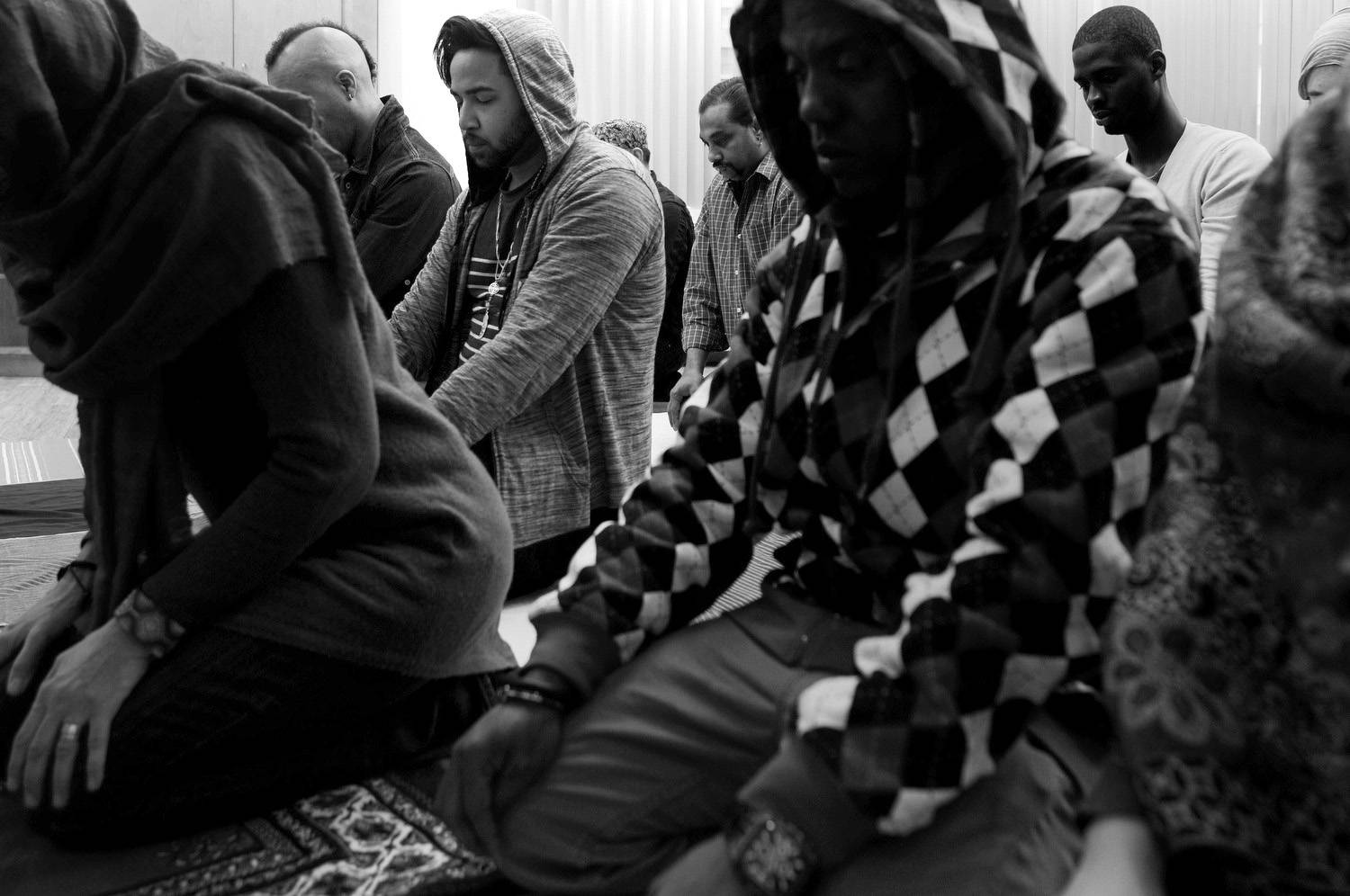 Rodney came to Canada from Trinidad and Tobago to escape a gang that was threatening his life an extorting him for money after discovering that he was gay. He had a travel agency in Trinidad, and used his business earnings to pay the gang $5000. After they returned and demanded more money, which he could not pay, they threatened his life saying that he was a tree that no longer produced fruit, so they were going to cut it down.

He had a positive hearing in April and will remain in Canada.