There comes a moment, late in some political leaders' careers, when their abandonment of what they once believed crystallizes in a single, desperate attempt to preserve their hold on office a little longer.

For Dalton McGuinty, Kathleen Wynne's predecessor as premier of Ontario, it was the cancellation of a planned gas-fired power plant – not the scandal that followed, involving his government's handling of the costs related to that about-face and a subsequent, similar one, but the initial cave-in. Having to that point prided himself on standing up to NIMBYism as the province built energy supply where it was needed, Mr. McGuinty decided, a year out from his final election as Liberal leader, that it just wasn't worth incurring the wrath of the suburban swing riding where the plant was to be located.

Now, Ms. Wynne has her own version. Maybe it won't prove as disastrous in terms of the financial and ethical fallout. But if anything, her decision this week to block Toronto's municipal government from introducing road tolls on the city's Gardiner Expressway and Don Valley Parkway is an even more poetic symbol of what power – and the fear of losing it – does to people.

That's because back when Ms. Wynne won her party's 2013 leadership contest to succeed Mr. McGuinty, she not only supported road tolls or dedicated taxes as a way of funding upgrades to transportation infrastructure, she held up that support as the definitive sign of principle and courage that would breathe new life into the tired government she inherited.

Mr. McGuinty, his successor's team was not shy about hinting, had lacked the stomach to introduce such levies, even though there was lots of evidence they were needed. Ms. Wynne would set herself apart by going where he had feared to tread.

Within a few months, she was retracing her steps down that path. A new campaign team – brought in when she responded to some disappointing by-elections by jettisoning people who had steered her leadership win – advised her that tolls were a loser with voters. So out that idea went, supplanted – as her differentiation point – by a proposal for a new provincial public pension plan, which tested better.

Still, you could believe – and Ms. Wynne almost certainly did – that she hadn't done a complete one-eighty. It just wasn't the time. Maybe later.

Well, now it is later. Toronto Mayor John Tory, with whom she enjoyed a close relationship to this point, proved willing to go beyond abstract talk of tolls and actually propose a specific one. City council, not usually known for its fortitude, went along with it. By initially making positive noises, Ms. Wynne demonstrated that she still thought this was an okay idea – as long as someone else took most of the heat.

Then even that proved too much for her, and she decided that she couldn't afford to let Mr. Tory be bold, either. Little more than a year out from the next campaign, her party's polling numbers are already brutal. Fees on suburbanites entering Toronto's core, which provincial opposition was already trying to pin on her, could make them worse. Better just to send a wad of provincial cash the city's way – not as much as the tolls were expected to raise, mind you – and make the problem go away.

Never mind whether tolls are a good idea. Ms. Wynne thought they were – still thinks so, as far as anyone knows. The point, as she once set out, was not just to fund particular projects but to start a new, sophisticated conversation about how we pay for necessary infrastructure. Now, she'll prevent anyone from having that conversation if doing so moderately improves her chances of another term – one that nobody, Ms. Wynne included, seems to know what she would do with.

It's not inconceivable it will help in that regard. Mr. McGuinty did manage to keep office after the gas-plant cancellations, albeit reduced to a minority government he would have won anyway – and one that he seemed to regret seeking by the time he resigned. The ability of Ontario's opposition parties to improbably give the Liberals another lease on life should not be underestimated, based on recent history; neither, in fairness, should Liberal operatives' ability to plot election strategy.

It is equally possible it will make matters even grimmer for Ms. Wynne. What precisely infuriates most Ontarians about their Premier can be difficult to put a finger on; most of the biggest policy grievances (most notably energy prices) were inherited from Mr. McGuinty, yet Ms. Wynne inspires a level of antipathy he rarely did until the very end of his premiership. Sexism and homophobia, the worst examples of which her office recently flagged, probably contribute to some of it. But so, too, does a sense that a disarmingly genuine long-time activist who promised to bring a different sensibility to provincial politics has instead come to look – through scandals and compromises and cynical ploys – like a very typical politician indeed. And the obvious calculations behind her latest walk-back fit right into it.

Whatever the benefit or fallout with voters from this week's decision, it's around this point that Ms. Wynne should be asking herself why she's even bothering – why she still wants to be premier, beyond the creeping fear of any incumbent of being replaced by some barbarian at the gate.

The Kathleen Wynne who presented herself as an antidote to the cynicism that Mr. McGuinty allowed to overtake him might look at her slim re-election prospects in next year's provincial campaign and see the remainder of her mandate as a chance to do tough things she believes in. But it feels now as though she's passed the point of no return, letting that cynicism overtake her as well. 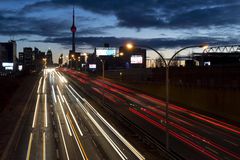 Tory slams Wynne over toll veto, says Toronto being treated like a child
January 27, 2017
Toronto city council endorses highway tolls, still needs provincial approval
December 14, 2016
Follow Adam Radwanski on Twitter @aradwanski
Report an error Editorial code of conduct
Due to technical reasons, we have temporarily removed commenting from our articles. We hope to have this fixed soon. Thank you for your patience. If you are looking to give feedback on our new site, please send it along to feedback@globeandmail.com. If you want to write a letter to the editor, please forward to letters@globeandmail.com.
Comments