Premier Kathleen Wynne is expected to move several cabinet heavyweights to new portfolios and bring a troop of backbenchers to the table in a wide-ranging shuffle on Monday.

Ms. Wynne has scheduled a swearing-in ceremony for new and moved ministers at 10:30 a.m. on the Grand Staircase at Queen's Park. Lieutenant-Governor Elizabeth Dowdeswell and Steve Orsini, the head of the province's civil service, will officiate.

The Premier's move to recalibrate comes at the midpoint of her four-year mandate. With the pieces of her ambitious agenda in motion – the Ontario Retirement Pension Plan, several new transit projects, a cap-and-trade system for carbon emissions and the privatization of Hydro One – the focus now will be ensuring everything is implemented smoothly in the long run-up to the 2018 election.

Sources familiar with the Premier's cabinet picks said on Sunday to expect big changes, with as many as half of all portfolios changing hands. Ms. Wynne is said to want a younger cabinet with a larger proportion of women, although she told The Globe and Mail last week she will likely not reach gender parity.

Ministers who may be moved include Energy Minister Bob Chiarelli and Education Minister Liz Sandals. While Mr. Chiarelli is seen as a highly capable file manager, communications gaffes have caused headaches for the government. In Ms. Sandals' case, the government is said to be looking for a reset in its dealings with the province's influential teachers' unions.

Deputy Premier Deb Matthews, who has been President of Treasury Board for the past two years, could be headed for a higher-profile role, sources said. Another minister who may be in line for a promotion is Community Safety Minister and Government House Leader Yasir Naqvi. Others tipped to be moved on Monday include Transportation Minister Steven Del Duca, Training, Colleges and Universities Minister Reza Moridi and Consumer Services Minister David Orazietti.

Then there is the question of Environment Minister Glen Murray. While he steered the key climate file – and just released a major five-year plan for tackling carbon emissions – he has ruffled feathers with the province's auto and energy sectors, and with fellow cabinet ministers over his hard-charging style.

The sources said Ms. Wynne's preference is to split up ministries rather than drop a lot of ministers, meaning the executive council sworn in on Monday could be one of the largest in Ontario's history. The current cabinet has 27 members out of a Liberal caucus of 55, not counting Speaker Dave Levac.

But the Premier may have little choice but to appoint a large cabinet: The Liberals have only a slim majority in the legislature, and do not want to risk triggering a bevy of by-elections by dumping too many veterans.

Yet another minister, Jim Bradley, announced on Sunday he would quit too. Mr. Bradley, who will become chief government whip, is the longest-serving current MPP, having represented St. Catharines since 1977 and served in cabinet under three premiers. Most recently, he was Minister Without Portfolio and chair of cabinet, tasked with offering general advice to a range of ministers.

In recent years, he has been best known as the government's heckler-in-chief, prone to flashing props at opposition MPPs to distract them during speeches and theatrically shouting "Oh, wow!" or "Ahhh!" whenever a cabinet minister makes an important point. Technology-averse, he carries around a thick stack of foolscap filled with notes, which he refers to as his "WhiteBerry." 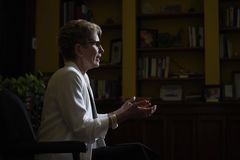 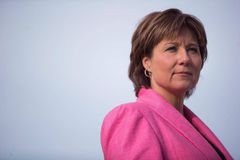 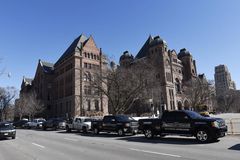