In a sunlit, sparsely populated university classroom, professor Kalman Weiser grabs a piece of chalk and writes a phrase in Hebrew script, moving from right to left on the board. While his back is turned, one of his students tries to crack wise in beginner's Yiddish. The joke elicits a few laughs.

Fardrei mir nit kein kop, Prof. Weiser replies, seizing the opportunity to teach a Yiddish rebuke. "It means, 'Don't make my head spin. Don't make me crazy.'" Note the root, he says, drei is like dreidel, the spinning Hanukkah toy. It's the kind of thing your mother would say, he adds.

The students smile as they return to the lesson in their textbook – the iconic College Yiddish, published in 1949 – now the principal point of contact with a language that was once among the five most common in Canada. According to the 2011 census, the number of Yiddish speakers has declined to the point of near invisibility. Although it's still a primary language for ultra-Orthodox communities in Canada, elsewhere Yiddish has become a language spoken mainly in classrooms or dropped piecemeal into conversation for its salty and often humorous effect.

For the thousands now in their 70s and 80s who grew up around Yiddish, it remains a language of nostalgia, of a secular Jewish identity, an echo of an immigrant past. Its decline, revival and future is a complex story defined by the Holocaust, the founding of Israel and the integration of Jews in Canada. A language once integral to the preservation of a culture is itself now finding a way to survive.

In the 1930s, roughly 1.4 per cent of Canadians spoke Yiddish, a proportion equal to the largest non-official language today, Punjabi. Yet Yiddish is now the 51st most common mother tongue in Canada, just behind such little-known dialects as Malayalam and Bisayan. From nearly 150,000 first-language Yiddish speakers in 1931, the number has slipped to just 15,205.

When Al Reinstein was a child in 1930s Toronto, his world unfolded entirely in Yiddish. His parents, born in Poland, were among the last to arrive before the Canadian government closed the door to Jewish immigration. They lived on Grace Street, and in those days Yiddish could be heard from there to the commercial hub of Spadina Avenue, home to the garment trade, to the Jewish-owned shops of College Street where he trekked every Friday for fresh challah. He spoke only Yiddish until he went to kindergarten, but thereafter he and his friends never dreamed of speaking it on a streetcar or at a ball game. When he studied dentistry at the University of Toronto in the 1950s, a few Yiddish phrases were thrown around at lunch, but not much more.

Historian Harold Troper, who was born a decade later in Toronto, said Yiddish was still prevalent then as a language of home, but the pattern of use was changing. "My generation would hold a conversation with their parents by listening to their Yiddish and answering in English," Prof. Troper said.

In the broader community, there was no incentive to speak any language other than English – in fact, it was discouraged, he said. For his father, who died "chained to a sewing machine on Spadina Avenue," Yiddish was the language of home, of work, of his social circle. Prof. Troper says today he and his friends occasionally use a bit of Yiddish in the locker room at the gym, but it's invoked for colour, for the Yiddish knack for nailing an essence in a single word – like schlock or glitch or klutz.

"A lot of them break their teeth, as the expression goes in Yiddish, in order to [speak it.] They have a phrase or a few words … It's fun, but it's a fun we can't pass on to our kids," he said. "It receded. You can't unscramble the egg."

In 1939, there were as many as 11 million Yiddish speakers worldwide. It was the language of the Ashkenazi Jews of Europe, six million of whom were murdered in the Holocaust. A few years later, the new state of Israel decided that modern Hebrew, not Yiddish, would be its de facto official language. Yiddish – which translates as Jewish – was the most widely spoken language among Jews, but it was associated with the horror of the Holocaust and, with its Germanic roots, was a symbol of exile. It was deliberately sidelined. "It was something to be ashamed of, a backroom language," Prof. Weiser said.

As Israel became central to Canadian Jewish identity, Jewish day schools shifted their teaching to Hebrew. Outside the classroom, parents – focused on seeing their children succeed in the mainstream – stopped speaking it much in their private lives. Its image in this period was one of "greenhorn lack of sophistication and lowbrow humour," according to one Jewish encyclopedia.

"It's clearly not the vehicle to success," Prof. Weiser said. "Even if they spoke Yiddish they weren't going to invest in it with their children."

But Yiddish was still a major language in many Canadian cities through the 1950s, particularly Montreal, Toronto and Winnipeg. Michael Wex, author of the bestselling book on Yiddish Born to Kvetch, grew up farther west in Calgary and Lethbridge. He earned 50 cents a time reading issues of the Yiddish Daily Forward to elderly neighbours (the Daily Forward is weekly now; "That's the Yiddish ethos, everything is slightly ironic," Mr. Wex said.)

Later he documented the parts of the language that were disappearing, particularly the off-colour, colloquial stuff. Previous generations tended to be too prudish to write those phrases down, he said. And Yiddish has remarkable expressive power. Take the word schmuck: it has passed into English as a mild insult, but was originally an evocative word for penis. "Schmuck in English has the sense of jerk, but the basic meaning is much ruder than that," Mr. Wex said. "A 60-year-old man would be hit by his father for saying it in front of his mother."

Lawrie Cherniack grew up in Winnipeg's North End, where he attended the radical, secular I.L. Peretz school founded by his grandparents. He was taught in Yiddish, but by the 1970s the Peretz school began splitting instruction between Hebrew and Yiddish. Enrolment kept dropping and the school was forced to amalgamate. Mr. Cherniack, one of its trustees, continued to study the language. "My family were Yiddishists," he said. "To them it was the definition of being a Jew. They didn't believe in the religion but they believed in the culture, the history, the commitment to learning and thinking."

To this day, a Yiddish show continues to air on community radio in Winnipeg, and there's a class for children at the Jewish private school. Mr. Cherniack says there's something of a revival under way. He hopes more will have the opportunity to study the greats of Yiddish literature, such as Nobel Prize winner Isaac Bashevis Singer. To Mr. Cherniak, there was "a 50- to 80-year flowering of literature that is among the greatest that I've ever read."

There are now Yiddish courses at McGill, the University of Ottawa, the University of Manitoba, York and the University of Toronto. Prof. Weiser, 39, teaches history at York and is filling in for a colleague teaching beginner's Yiddish at the U of T. He grew up in Brooklyn with a father who spoke Yiddish, but didn't become fluent until he immersed himself in graduate school at Columbia.

There are nine students in his class on this late autumn Thursday at the U of T, ranging in age from early 20s to late 70s. About two-thirds are Jewish, he says; some have a parent or grandparent who spoke Yiddish and want to connect with their roots.

The class runs through the basics of grammar: when to use the dative, how to form possessives. As they leaf through the textbook, they come across an outdated word for African-American. A hand shoots up. "Is this the preferred term today?" the student asks. No, Prof. Weiser replies, the current usage is Afro-Amerikaner. It's one of the problems with relying on a nearly 65-year-old text, but it's still the best there is, he says.

The talk of a Yiddish renaissance began in the 1970s, centred on a burst of interest in klezmer music, Prof. Weiser says. By the 1990s, studying Yiddish was popular with those who saw themselves as marginal to the Jewish mainstream, particularly gays and lesbians. Taking an interest in Yiddish was a political statement: It's secular, not associated with Israel, but a very Jewish pursuit. It's a way of asserting a different kind of Jewish identity.

For students in Prof. Weiser's class, there will never be a place to go speak Yiddish, save perhaps some Hasidic neighbourhoods. But they are motivated. The arguments about whether Yiddish is alive or dead (often in English, ironically) have died down. Its future is somewhat dependent on universities and community associations, but people like Prof. Weiser, who speaks Yiddish to his infant daughter, are committed to its future. It's a way of passing on an inheritance. Yiddish remains a living language, much reduced but in no danger of disappearing, with perhaps half a million speakers worldwide.

"It's a small community," Prof. Weiser says, "but it's not as small as you think." 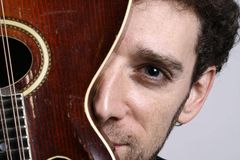 Facts & Arguments
My mother is 'drenched' in memories of the Holocaust
January 26, 2012 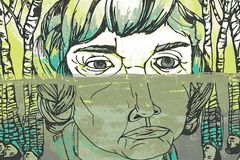 A Montreal synagogue feels the sting of a neighbourhood's animosity
June 21, 2011