Actor, writer and comedian Michael Palin may always be most beloved for his roles in "Dead Parrot" and "The Lumberjack Song" by British sketch comedy troupe Monty Python. When the BBC asked him in 1989 if he would travel the route described in Jules Verne's Around the World in 80 Days for a film, however, the journey awakened a long-buried love of geography. Mr. Palin has now hosted eight BBC documentaries that have taken him from the North Pole to the South Pole and everywhere in between. Mr. Palin was in Toronto on Thursday evening to accept a Gold Medal for contributions to geographical literacy from the Royal Geographic Society of Canada. We spoke to him on a visit to The Globe's editorial board.

When did your fascination with geography begin?

My parents were regular churchgoers and I used to really like hearing from visiting missionaries. They would tell us blood-curdling tales of how they lost their right arms in a mass baptism. That was exciting – that epic scale of what people were trying to do, which at that time was explore the world. Growing up, we hadn't found where the Amazon began. No one had climbed Everest.

Now, though, everything on Earth has been discovered.

I'm not sure I agree that every inch has been explored. Every inch has been covered. You can see from space every inch of the world. But when you talk about getting feet on the ground, there are probably a lot of places people have still not found until very, very recently. And I still think there are places in the world where people have not quite got to, though probably we can photograph them and tell you what they're made of and all that.

You're being awarded for your services to geographical literacy. In an age of Google Maps and GPS, what does that mean?

Google is doing amazing work, though – mapping and exploring the sea floor. That sort of brings us back to the age of private exploration, like it's the 15th century again. Does this cause concern for you?

I think it's an important issue, the power of these big companies like Google or Amazon or whoever it is working outside governments. If this information is privatized, and someone has to pay, and it's difficult to access publicly, then they've got a great deal of control. I think geography ideally should be something that opens up the world, which enables people to share, governments to share information.

It's been observed that your travel has a "Palin effect" – places you visit suddenly become tourist attractions. How do you rationalize the tradeoff between showing people the world and transforming it?

I'm very much against the most basic form of tourism, where people never get a chance to engage with the country that they're in. My programs encourage a certain kind of traveller, curious like me, inquiring, not seeing travel as a commodity.

Travelling has a sizable ecological footprint, though. Is this an unresolvable paradox – the only way to appreciate the Earth is to drain its resources?

You can't dis-invent the plane. I would like to see mass tourism (travel for a photo opportunity, then coming home) reduced, but the danger of not travelling is that we have to take someone else's word for what a country is like, and that's not always responsible. We shouldn't retreat behind barriers and say it's costing the world a lot of pollution to travel.

Have you seen evidence of global warming on your travels?

You don't turn the corner and ... "Wow, there's global warming!" But in the Sahara, yeah, that is an area where the centre of the continent is heating up and it's getting drier. We met people who, even five years earlier, would have been able to feed themselves and now can't guarantee they'll have a harvest every year.

British critic Brian Sewell has said that your shows are "tomfoolery," merely "an adventure holiday by proxy." Any response?

[Laughter] Yes, I think he's an absolute idiot. If I was making a political or social documentary, I would do things differently. I'm just trying to increase people's interest in the world out there. He's quite right in his general thesis about documentaries – a lot of them do just go out and stand in front of a landmark and say they've been somewhere. But calling it tomfoolery misses the point. I've got a sense of humour – has he?

Sarah Barmak is a regular contributor to The Globe. This interview has been edited and condensed.

Humanity takes millions of photos every day. Why are most so forgettable?
June 21, 2013 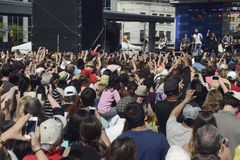 Why annual crops need to be turned into perennial ones
June 14, 2013 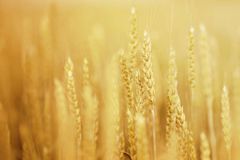 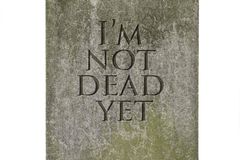